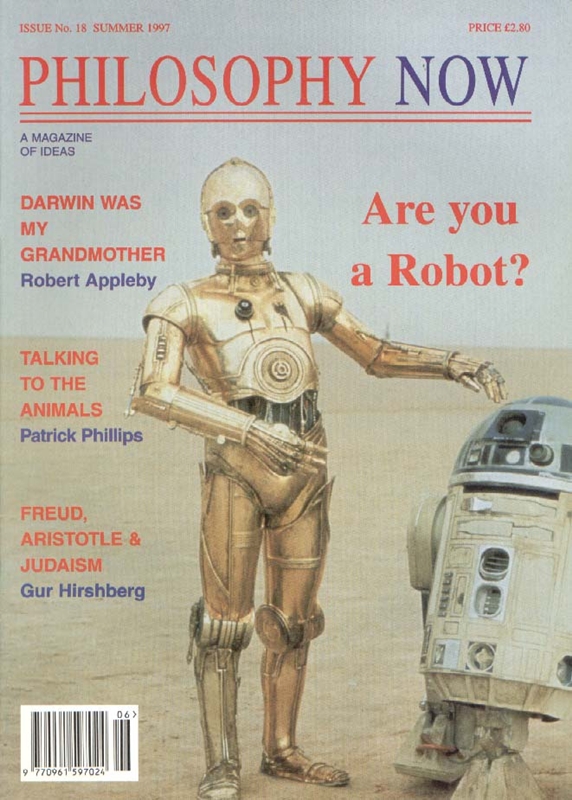 Darwin was my Grandmother

Mike Appleby considers thoughts about evolution and the evolution of thought.

Michael Williams on death and detachment.

Talking to the Animals

Patrick Phillips asks: Is It Incredible?

A brief introduction to one of the fundamenal questions for Artifical Intelligence research, by Tomas Campbell.

God and the Spice Girls • What’s a Theory? • Solipsists unite! • Meanings and Illusions

Does God Exist?: The Debate Between Theists and Atheists by J.P. Moreland & Kai Neilsen, with additional contributions. A review by Sue Johnson.

John Mann reviews The Last Philosophy by Don Cupitt, What is Philosophy? by Gilles Deleuze & Felix Guattari, and The Bridge to Nothingness by Shlomo Giora Shoham.

The Philosophy of Horace Rump

by Professor Horace Rump (as dictated to Ronald R. Johnson)