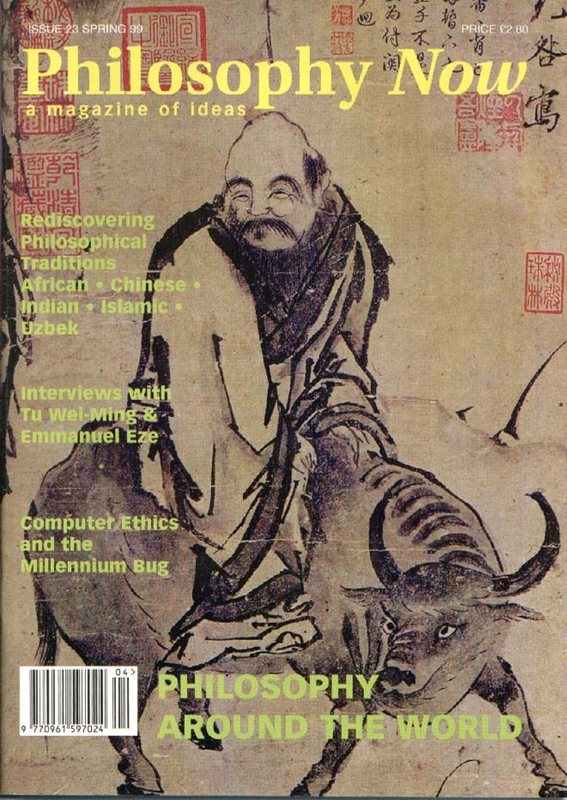 PHILOSOPHY AROUND THE WORLD

Harvard philosopher Tu Wei-ming is the most famous advocate of the Confucian tradition outside China. Anja Steinbauer talked to him in Boston.

It Was Islam That Did It

Edward Ingram explains the West’s debt to the Islamic philosophers.

Philosophy as Teaching & Therapy in Sankara

In a talk to Philosophy For All in London, Trevor Leggett explained the ideas of Sankara, one of the greatest commentators on the Upanishads and a major figure in the history of Indian philosophy.

A reply to Bob Harrison by Michael Williams.

Introducing a new series on great thinkers of the present as featured in the Library of Living Philosophers.

The Argument from Design

Did God make the world? Nick McDonnell explains why he doubts it.

Anja Steinbauer on modern developments in an ancient philosophical tradition.

Joseph Sen reviews a new book on the world’s philosophies.

A short story by Alistair Fruish.