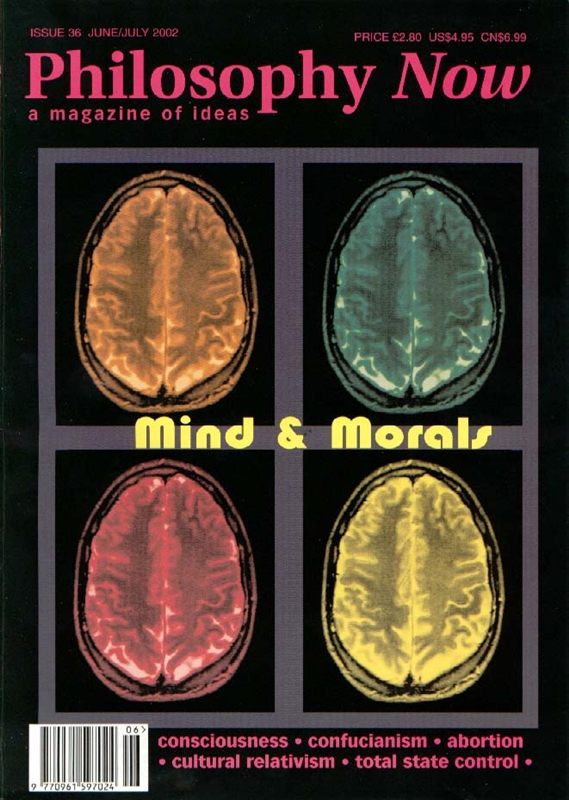 Güven Güzeldere asks where we are now with the mind-body problem.

An introduction to our special section by this issue’s editor, Charles Echelbarger.

Massimo Pigliucci takes a brief look at the history and current schools of philosophy of mind.

Mark Goldblatt analyses the moral and legal arguments on both sides of America’s most divisive issue.

Surveillance cameras watch our every move. They reduce crime and maybe save lives. So why the fuss about privacy? Scott O’Reilly discusses the technologies of control.

What Can You Do With Philosophy, Anyway?

Jennifer Hornsby is a philosopher based at London’s Birkbeck College, whose interests range from feminism to philosophy of mind. Giancarlo Marchetti talked with her recently at a conference in Italy.

When I Heard the Learn’d Astronomer

Lisa Kemmerer cheers on Tom Regan as he defends the idea of animals having rights.

Ilya Farber discovers a dream of a book by the quirky and perceptive Owen Flanagan.

Thomas Wartenberg watches a radical movie about some unlikely couples grappling with homophobia, feminist ideology and each other in a 1970s Swedish commune… and enjoys it!