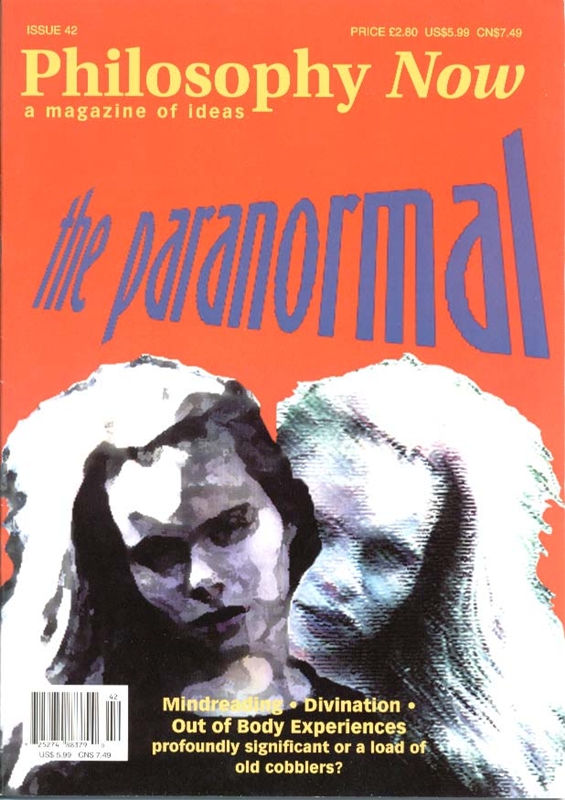 Joe Fearn asks whether the idea of out of body experiences is intelligible.

Trevor Curnow compares the reliability of oracles ancient and modern.

Michael Philips on the shaky foundations of the most popular philosophical theory of modern times.

Why You Can’t Read My Mind

We had no idea that Paul MacDonald intended to write this article.

Antoni Diller says that robots must be taught how to learn.

Happiness, Death & the Remainder of Life

Peter Benson explains why Hegel was obsessed with the number three.

Is Postmodernism finally on its deathbed? Roger Caldwell examines the evidence and takes a look at its would-be successor: Critical Realism.

Stuart Greenstreet on how to justify your taste in art.

Susan Blackmore is a well-known cognitive scientist, psychologist, lecturer and author. She has just written a textbook on consciousness. Rick Lewis asked her about her journey from parapsychology to the study of consciousness.

Scott O’Reilly gets quite excited about a new book on the nature of the mind by Laura Weed.

Zeno and the Tortoise by Nicholas Fearn

Our movie maestro Thomas Wartenberg plugs himself into The Matrix Reloaded but says that philosophically, it was destined to be dull.

Of Men and Mice

A short story by Katherine Power.