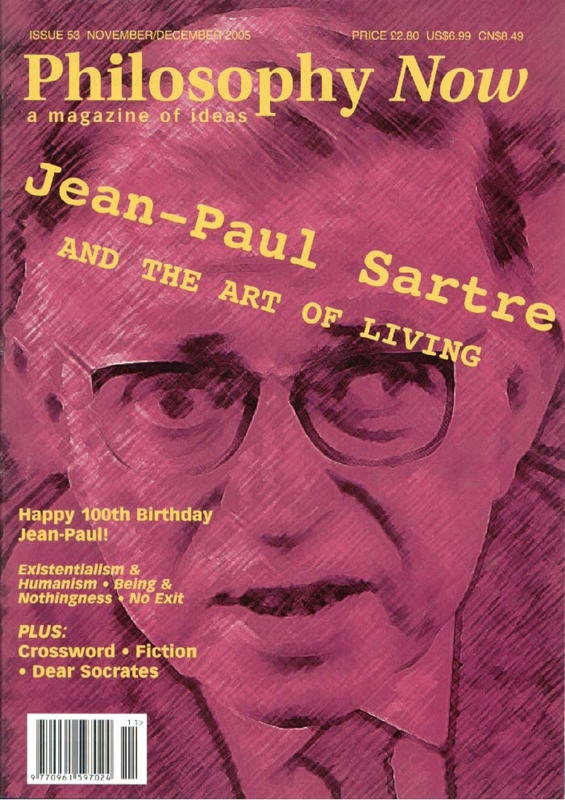 Ian Birchall on a moral problem for Sartre.

Christine Daigle discusses some of the key concepts and ideas in Sartre’s most important philosophical book.

Willie Thompson tries to see Sartre through the eyes of the person who knew him best.

Gerald Jones examines one of the most famous lectures in the history of philosophy.

Michael Philips asks whether anyone can really believe skeptical arguments.

Glenn Rawson on humility versus arrogance in the Socratic method of philosophy.

Casimir Kukielka asks: What might some of history’s most famous practitioners of power politics have thought about the war in Iraq?

The Ontological Argument and the Sin of Hubris

Toni Vogel Carey’s answer to the most argued-over argument for the existence of God.

A Way of Thinking About Ethics

Philip Badger on a classroom philosophy experiment and the ideas it provoked.

Test your philosophical word-power with crossword number seven by Deiradiotes.

John Shand enjoys a collection of essays about existentialism.

On Bullshit by Harry Frankfurt

No Exit to Portland

A short-but-disturbing story by Mark Richardson.