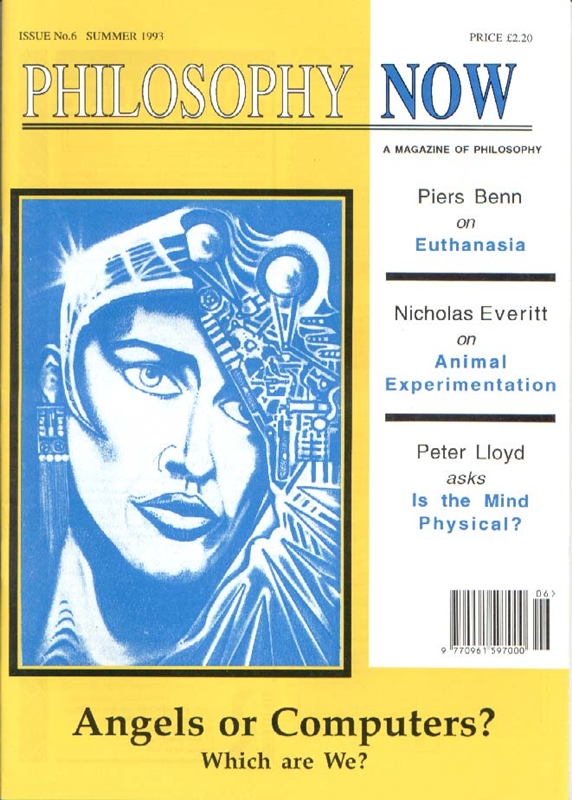 Howard Kainz thinks the Ghost in the Machine might in fact be an angel.

In Defence of Subsidiarity

George MacDonald Ross says it pays to increase your word-power.

This glossary contains just a few of the more popular terms from moral philosophy.

In a letter in Issue 3 Dr. John Shenkman said that philosophers were failing his patients, who needed real answers to real philosophical questions. The response was considerable. Here Dr. Shenkman explains his own philosophy.

The Gentle and Easy Death

Piers Benn on the ethics of euthanasia.

The Necessity of Moral Realism

According to M.E. Fox and A.C.F.A. d’Avalos, logic dictates that at least some moral propositions must be true.

What Shall We Tell The Children?

When Does Believing Become Knowing?

Valerie Mackenzie pins down the difference with some examples.

The Philosopher as Politician? • Whose Right? • Waugh Cry • Classical Misunderstanding • Existential need • Nietzsche Trail • But is it wrong to commit howlers?