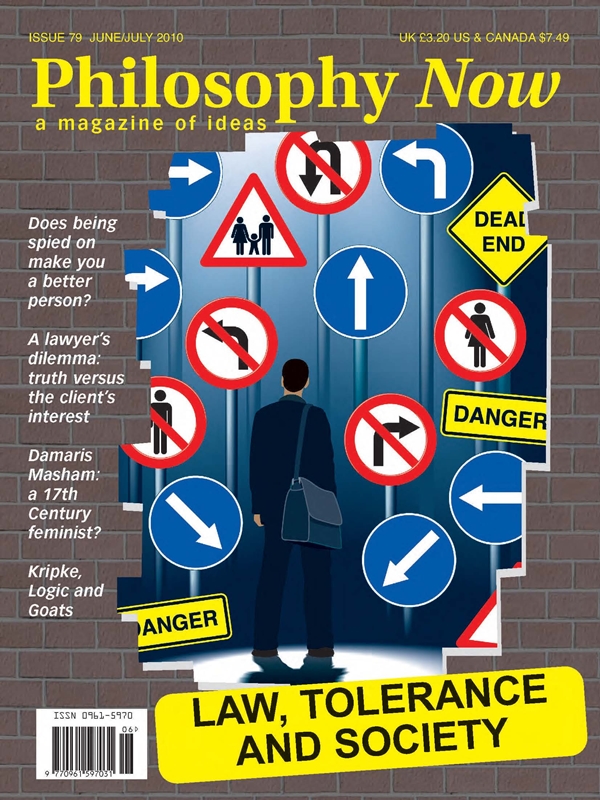 A Buddhistic Contemplation of Impermanence from Death Row

Shawn Harte on a fleeting dream.

Does Surveillance Make Us Morally Better?

In Defense of Intolerance

Matthew Pianalto isn’t going to take it any more.

Truth and the Client’s Interest

Frederick Ochieng’-Odhiambo tells us why truth is sometimes sacrificed to law.

A Kripkean Argument For Goatism

Bill Capra demonstrates that the fact that everything is a goat can be shown by a simple argument which draws on elementary modal principles.

William Tam finds uses for philosophy and other ‘useless’ arts.

The Power of Motherhood

What’s Wrong With The Enlightenment?

Not as much as some people think, says Phil Badger.

What Is Philosophy and How Do We Do It?

How We Got To Sesame Street

Not With A Whimper, But With A Bang!

Valentin Sawadsky commentates on the gulf between minds.