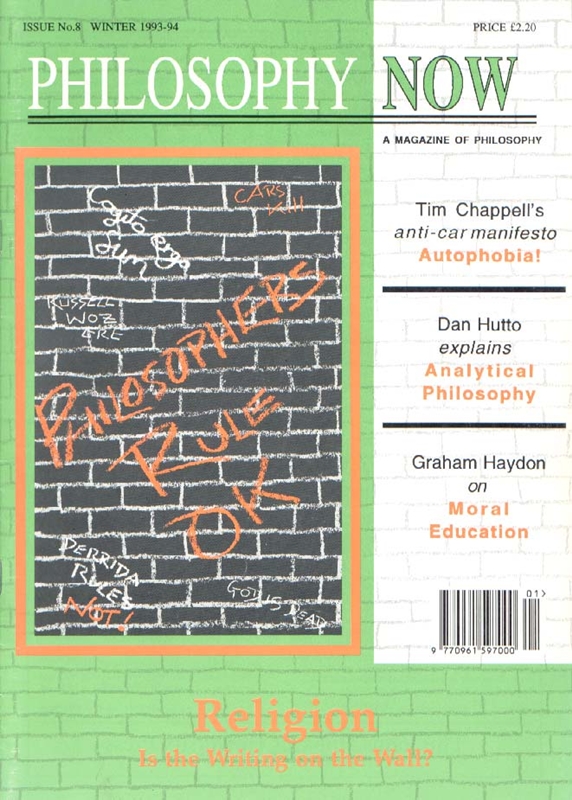 Daniel Hutto on the origins of a major 20th Century school of thought.

If God is such a nice guy, why is there so much misery and suffering in the world? Kola Abimbola examines an ancient problem.

How to be Car-Free

Roger Caldwell on meaning and innocence.

Some personal impressions by Our Special Correspondent.

In Defence of Religion • Oaks and Acorns • Nietzsche Calls

Anthony Thorpe reviews An Introduction to the Philosophy of Religion by Brian Davies.