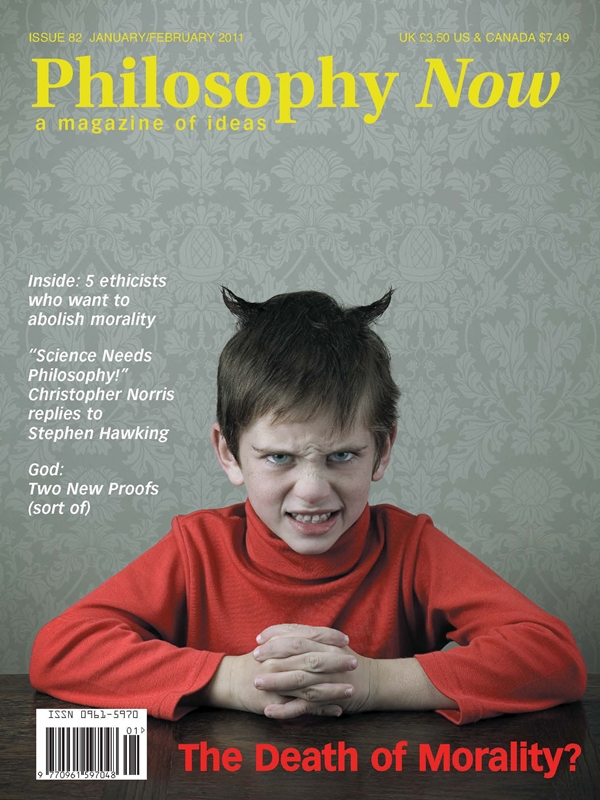 THE DEATH OF MORALITY

Making An Effort To Understand

Richard Joyce on what happens when falsehoods are too useful to throw out.

Jesse Prinz argues that the source of our moral inclinations is merely cultural.

Richard Garner says it’s about time we got rid of it.

Christopher Norris presents a case for the defence.

Mark Goldblatt gets animated about his self.

Phil Badger guides us through the varieties of liberalism, historical and philosophical.

I Heard The News That Day

Tim Madigan reflects on the murder of John Lennon.

Raymond Tallis puts an instinctive smile on your face.

Emily Anne Parker has a second look at The Second Sex.