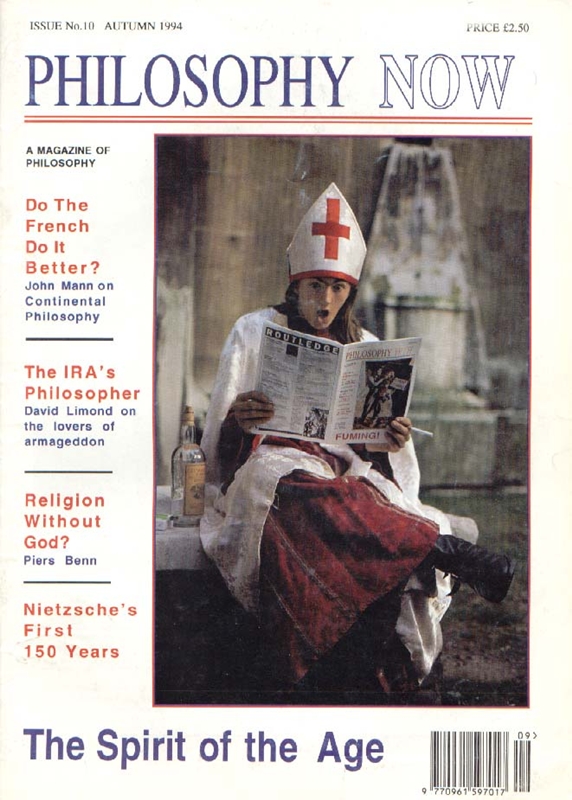 The Spirit of the Age

A Gentle Introduction to Structuralism, Postmodernism And All That

John Mann explains what the Continentals are up to these days.

In the last part of this series, Dan Hutto describes the options open to analytical philosophers today.

Alan Chudnow asks if there are any natural rights which can be derived from reasoning.

John Lippitt reports on the Friedrich Nietzsche Society Conference held in celebration of the 150th anniversary of the philosopher’s birth.

The Shackles of Superstition

Jeremy Hueting on the perception of time.

David Limond on philosophies which prefer war to peace.

A Philosophy for Hitler

John Mann reviews God in Us by Anthony Freeman.