Truth By Analysis by Colin McGinn

Philosophy is often described as an armchair activity: people try to learn about the world by sitting and thinking, instead of getting out into the world and doing experiments. Philosophy professor Colin McGinn accepts this description, but rejects the suggestion that there is anything wrong with working in this way. The armchair thinker is not a second-class scientist, too lazy to discover facts in the right way; she is a first-class analyser of concepts, who learns about the world in a different way.

McGinn needs several arguments to make his case. His arguments are cogent, but the conception of philosophy he gives is at risk of being too broad to have useful content, and of being mistaken in its detail.

First he must show that we can perform conceptual analysis. His central argument uses the example of a game. There does not seem to be any feature that’s exhibited by the full range of games, from football to chess to patience, that is not exhibited by any non-games. ‘Using a ball’ won’t do, nor will the existence of a rulebook, nor will the existence of competition between players. The tradition since Ludwig Wittgenstein (1889-1951) has been to think in terms of family resemblances: many games involve balls, many involve competition, many have rulebooks, many require skill, and so on. The set of overlapping features serves to give us a good enough idea of what sorts of activities count as games. McGinn responds that, actually, we can analyse the concept of a game perfectly well. He reminds us of the definition that Bernard Suits gave in The Grasshopper: Games, Life and Utopia (1978): playing a game is achieving some aim (such as getting a golf ball into a hole), using only the methods allowed by the rules (hitting it with a golf club) and not any more efficient method (such as carrying the ball to the green and dropping it in), where you follow the rules because doing so is what allows you to play the game.

If we can analyse the concept of a game, we should be able to analyse all sorts of concepts, and there is no need to limit ourselves to listing examples of any given concept and saying things like “Games are activities like these.” But McGinn also needs to show that such analyses can be useful. How can a mere analysis – spelling out what a concept means – teach us anything? Don't we already know the definitions of our words? 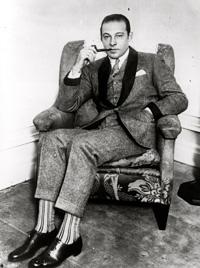 Here McGinn distinguishes between our implicit knowledge and our explicit knowledge. We can use the word ‘game’ perfectly well, showing our implicit knowledge of the word's meaning; but it takes careful thought to make our knowledge explicit, and spell out the characteristics of games. This is the kind of thought we can do in our armchairs, and it reveals features of the world, not just features of our language. There is a key additional step. Understanding our language better can only tell us about the world if the fact that our language works well is to be explained by the fact that it is in tune with the world. But we can grant that step.

So McGinn amply defends the analysis of concepts as something worth doing. But is that an adequate conception of philosophy? McGinn makes the bold claim that even Nietzsche analysed concepts, because he took conventional morality and found it to be guilty of slave morality, and he did so by reflecting on information about people and morality that was already available to him. That may be so, but it hardly conveys the essence of Nietzsche's work, which would be lost if it were recast in the style of ‘Definitions, premise 1, premise 2, intermediate steps, conclusion’. A definition of philosophical activity wide enough to encompass Russell and Quine at one extreme and Nietzsche at the other looks as though it may be too broad to have useful content.

McGinn also runs the risk of drawing too clear a boundary between philosophy and other disciplines. But if he does so, he will misdescribe philosophy. His view of philosophy does not easily accommodate the fact that in many areas there is no longer any clear boundary between philosophy and science. For example, work in the philosophy of mind frequently incorporates results in psychology and neurology. What’s more, philosophers of mind use those results directly, rather than just interpreting them. The same is true of the way in which epistemology uses probability theory, and of the way in which some work in ethics and political philosophy uses economics. Most tellingly of all, the abstract equations of fundamental physics are now thoroughly entwined with the philosophy of physics. At the end of the book, McGinn himself worries about the conflict between the straightforward sense of objects having properties and some interpretations of quantum mechanics. He does not seem interested in the possibility that the physics might be so fundamental that our talk of everyday objects and their properties should give way.

This is an exciting book, and it is elegantly written. But it is a book with which to argue, not a book to be swallowed whole. McGinn would welcome the cut and thrust of that argument as an essential part of the game that is philosophy.

The Concept of the Other from Kant to Lacan

The Mind of Leonardo da Vinci

The Death of Pythagoras