Atheist In A Foxhole

David Rönnegard asks how a committed atheist confronted with death might find consolation.

I am a secularly-minded philosopher. Faith is not a virtue I hold. In particular, I disbelieve claims to knowledge about God’s existence or will. As an atheist and a Humanist, my approach to life has been grounded on rational thought and empirical evidence. I consider death to be the end of our conscious existence, and that any meaning that life may have resides with man.

Public reflecting on life is often done in fear of, but seldom in the face of, death. I am in the privileged but unenviable position of doing the latter. I have just been told, at the age of 37, that I have stage four lung cancer. Atheism and news of one’s impending death would appear to be a particularly unfortunate combination. From where does a faithless philosopher obtain consolation? What provides meaning for a life lived, and acceptance of a fate anticipated?

Having never had an inclination towards the supernatural, religion has never appeared to me as either credible or a source of comfort. News of looming death has not encouraged me to grasp for false consolation, though consolation is sorely needed. Rather, my obsession with death has hitherto been soothed by Socrates’ description of philosophy as the process by which one comes to accept one’s own death. Now, confronted with the terminal nature of life at a young age, I wonder if I have sufficiently moved along this process of acceptance, which is invariably a very personal one.

Philosophers are often caricatured as dealing with the big questions, particularly the meaning of life, but I have rarely observed this to be a matter of concern among professional philosophers, other than fleetingly in conversation with colleagues after some beers. Few thinkers of a non-religious bent have tried to address the question of meaning head-on. Perhaps as independent thinkers philosophers nowadays have a tacit understanding that life’s meaning or value is a personal journey; but most philosophers I know don’t seem to spend much time pondering the meaning of their own lives either. And if the philosophers among us are not doing it, who is? It’s the elephant in the room of secular thought.

Having been schooled in the analytic philosophical tradition I don’t find myself laden with a rich history of thought on life’s meaning. Until recently it has been remarkably absent in the analytic literature, and recent contributions have centered on unpacking ‘the meaning of life’: that is, most efforts have been made to understand the meaning of ‘meaning’, as well as getting a better grip of the term ‘life’. Bertrand Russell’s words that “everything is vague to a degree you do not realize till you have tried to make it precise” convey the analytic tradition’s admirable ambition for clarity. But frankly, none of this is very helpful to the individual struggling with mortality in search of meaning. It is both too abstract to be comprehensible to the uninitiated, and too divorced of sentiment to be of personal guidance. The Existential tradition of continental philosophy proves more insightful: Existentialism emphasizes the subjective nature of being; that is, the essence of what it is like to be us. It gets us closer to considering what it is we value, which is central to shaping a meaningful life for ourselves as we pursue those values. That said, for the Existentialist, ‘meaning’ (and thus also ‘the meaning of life’), is primarily a descriptive rather than prescriptive notion.

In this void, religion has largely claimed a contemplative monopoly on the prescriptive meaning of life and death. Here meaning is provided by the creed, often with the ultimate promise of escaping death altogether. (For example, John 11:25: “he that believeth in me, though he were dead, yet shall he live.”) The human desire for religion is partly founded on our fear of death and its consolation through faith in a hereafter.

However, the comforting notion of an afterlife is astonishingly unlikely to be true, and it is not needed. I don’t think that death should be feared, because looked squarely in the eye it can be seen to be the same as the silence from which we came. Moreover, with no afterlife, we should make more of the period we now have – a length of time that is largely unknown to most of us. Therefore our fears should be either to waste that time or to not be given enough of it.

A non-religious outlook does not hold the promise of immortality, but it does provide some relief. For example, I have no sense of being unfairly afflicted. I do not wonder what I have done to deserve this – and I most certainly do not think that anyone else is more deserving of it. Well, I can think of some, but that’s beside the point. The point is that no one has handed me these cards, and therefore I do not need to waste emotional capital pondering the injustice of my lot. I have simply pulled the short straw in the malignant mutation lottery.

Religious people sometimes say that no-one is an atheist in a foxhole (presumably that applies to cancerburrows too) – the presumption being that “ye of little faith” will grasp for solace through a supernatural belief system hitherto rejected because ye have now had a change of fortune. But if wishful thinking were so easy, and effective, I would simply wish the cancer to be gone – that would seem to be the straightforward wishful approach. The Humanist approach, eschewing the supernatural, closes off this ‘afterlife’ avenue and keeps us grounded in making the best of the one life we know we do have. The hitch is that sometimes we don’t get as many years as we hoped (let alone an afterlife). I wish I could say something consoling; but perhaps it’s part of the Humanist’s ontological bullet that one must at this point bite down hard.

With nothing left to lose you are made very aware of what you never want to lose. You are confronted with life in a way that only the news of death can bring. My nurse has a tattoo along her inner forearm that reads “live life like you will die today, love like you will live forever.” Living in the present becomes a much easier prescription to realize when you know there is less time to be had. The importance of those we love is also made more acute, and the relative insignificance of financial matters is cemented. I have the luxury of saying this partly because I live in Sweden, where, thanks to universal healthcare, my very sizable medical bills are of no consequence. But regardless, money is of limited use if you cannot spend it. With no materialism to obstruct the view, our intangible values can be seen more clearly.

For most people life appears as a forward projection rather than a countdown. But both perspectives are needed. At some point in our lives the horizon will appear and we must ask ourselves the following question: looking in the rear-view mirror, how do I feel about what I leave behind?

The distinction between ‘objectivist’ and ‘subjectivist’ conceptions of the meaning of life hinges on whether anything is valuable beyond personal perceptions of value. Religious outlooks, where value is externally imposed by a deity, are clearly objectivist, whilst Humanist outlooks, grounded in the mind of man, tend toward subjectivism. I don’t think there is anything valuable beyond the subjective perception of value, because value is a mental state, which requires a subject who does the valuing. Nonetheless, there might be room for sentiments that we all find valuable. The terminality of life helps us see that value.

When regarding life as a forward projection, a life of self-indulgence doesn’t seem unreasonable, but what we value in the moment may not seem so important when seen in the context of a finite life. When forced to look through a rear-view mirror, the life of self-indulgence has already been had. What then remains of value to give the sensation of a life fully lived? What are the sentiments that endure? 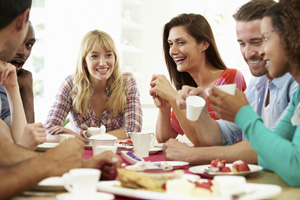 As I see it, these sentiments are memories we hold dear that bear the test of time: joy over moments shared with those we love; perhaps pride over achievements recognized. It is difficult to put words on such mental states, but they contain the numinous. It is said that philosophy takes over where religion ends, but in this instance poetry might take over where analytic philosophy ends. Conceptual precision may need to give way to language more suited to sentiment.

What gives rise to enduring sentiments may well vary among us, but my new shortsighted spectacles suggest to me that they will spring from events that have touched the lives of others. When such sentiments are shared they live on in those who stay behind. And so the Humanist quest for immortality is not corporeal. Rather, it takes many forms that touch lives, such as the friendships we maintain, the children we give birth to, the enterprises we start, and the books we write; in essence, the footprints we leave behind.

A life fully lived is in large part a life lived through others. While we are alive others provide meaning to us by being the objects of our affection. When we are dead we provide meaning to others by continuing to be the objects of theirs. The awareness of death highlights such enduring sentiments and shows us what we value deeply. By implication, faith in an afterlife, which amounts to a denial of death, may hinder such insight.

David Rönnegard has a PhD in philosophy from the London School of Economics, and is a researcher and teacher in corporate social responsibility in Stockholm.

What’s So Bad About Being A Zombie?