Noson Yanofsky tells us how to deal with contradictions and the limitations of reason that arise from them.

We all have conflicting desires. We want to get promoted, but don’t want to work too hard. We would like to date both Betty and Veronica (or both Bob and Vernon). We desire to stay thin, but also desire to eat that delicious piece of cake. All these conflicting wishes cause dilemmas. We are limited by the fact that we can choose only one of the options or we get a contradiction. As we mature we learn how to navigate away from contradictions and resolve our conflicts. Most of us learn to make choices, and some of us at times even make the right decisions. In general, our success depends on which of our conflicting choices we make.

Let us return to our little village and see how we can resolve the paradox. What is the assumption here?

In fact, these ideas are shadows of the true resolution to the barber paradox, which is to realize that the village described with its strict rule cannot exist. The physical universe would not permit the existence of such a village, because it implies a contradiction. There are many isolated villages with one barber, but in them the rule can be violated in a myriad of ways: a barber from another city might visit, or the barber can be bald, or the barber asks his wife to cut his hair, or the barber cuts his own hair (so the rule does not hold), etc. All these different scenarios could happen to ensure that there are no contradictions in the universe. In short, the assumption of the barber paradox was that the village with this rule exists. This assumption is wrong.

The time travel paradox is resolved with ease: the assumption that traveling backwards in time is possible is wrong; or even if backwards time travel were possible, still the time traveler would not be able to go back and perform an action that contradicts itself. There is no way that the universe is going to let a time traveler kill his own bachelor grandfather.

Those two paradoxes are resolved in the same way. We came to a contradiction by assuming that a certain physical object or process exists. Once we abandon this assumption, we are free of the contradiction. These paradoxes show limitations of the physical world: a certain village cannot exist, or the actions of a time traveler are restricted. There are many similar examples of such physical paradoxes, and they are resolved in the same way.

Contradictions do not exist in the physical universe. However there are places where contradictions do exist: in our minds and language. This brings us to our second type of paradox. Unlike the universe, the human mind is not a perfect machine. It is full of contradictions, with conflicting desires and predictions. We want contradictory things. We love things that we know will be bad for us, and we have conflicting ideals in our lives. Similarly, our language, which expresses the mind’s ideas, also expresses contradictions. We can say “I love her!” and “She drives me crazy!” within seconds of each other. Any teenager can easily list off all the contradictory statements that ever came out of their parents’ mouths. These imperfections in what we think and say constitute our next class of paradoxes.

What can be done with the liar paradox? Some philosophers say that ‘This statement is false’ is not a legitimate declarative statement. It is not actually declaring anything about anything. Statements that produce these sorts of problems are literally nonsensical. Some thinkers want to restrict the type of statements we can use so that paradoxes don’t arise.

Many people find there’s no reason to lose sleep over the liar paradox. After all, much that comes out of our mouths is nonsense. So, say that the liar statement is neither true nor false. Rather than trying to resolve the paradox by avoiding the contradiction, we ignore the paradox as ‘just’ nonsensical language. It is simply human speech without meaning. 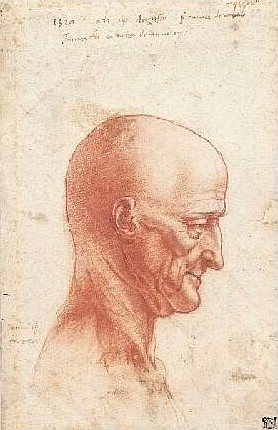 Again, the resolution to this paradox (for historical reasons known as the sorites paradox) is simple. It is to recognize that there is no exact definition of the word ‘bald’, so there is no exact demarcation between bald and not bald. The word ‘bald’ is a human invention that does not have an exact definition. Similarly, other vague words – ‘tall,’ ‘short,’ ‘smart’, etc – do not have exact meanings. (In contrast, the phrase ‘over six feet tall’ does have an exact meaning.) We can therefore use the same solution for the bald man paradox as some do for the liar paradox: ignore it. Human beings have successfully used vague words for a long time. We can ignore the bald man paradox because it is about human language, which is inherently flawed.

So far we have seen that some paradoxes show us that there are physical objects or processes which cannot exist, while other paradoxes are about language and can be ignored. There is, however, a third class of paradoxes that come from language that cannot be ignored.

Mathematics is a language that human beings use to make sense of the world. Since math is a language, it can potentially have contradictions. However, because we want to use mathematics in science to talk about the physical universe, which does not have contradictions, we must make sure that the language of mathematics does not have contradictions, since we must ensure that our scientific predictions don’t come to contradictory conclusions. If we conclude that a chemical process will only produce carbon monoxide, then we better make sure our calculations don’t say that the process will produce carbon dioxide. Or if there are two ways to calculate how long it will take a projectile to return to Earth, we must ensure that the two methods produce the same results. Luckily, it is easy to see how to avoid contradictions in mathematics.

The first and simplest time we encounter contradictions in mathematics is in elementary school, when we are informed that we can divide any number by any other number except zero. It is taboo to divide a number by zero because if we divide by zero, we can derive a contradiction. Consider the true statement 0×2=0×3. If we divide both sides by zero to ‘cancel out’ the zeros, we are left with 2=3. So by dividing by zero we got a contradiction: 2≠2. So whereas physical paradoxes showed us that certain objects or processes cannot exist, paradoxes in mathematics show us that although we can perform certain operations, we should not, lest we come to a contradiction.

Let’s look at an example from the world of sets. Sets are collections of objects, and they come in many different forms: there is the set of green apples in my fridge; the set of cells in my body; the set of all real numbers, etc. There are also sets that contain sets. For example, a school can be thought of as a set of classes. Each class, in turn, can be thought of as a set of students. So a school can be a set of sets of students.

By now we have enough familiarity with paradoxes to know that the obvious method of resolving Russell’s paradox is to simply declare that the set R does not exist. However, things are not so simple here. Why can’t the collection of elements we called R exist? We gave an exact statement of which types of objects it contains: ‘those sets that do not contain themselves’. Yet we have declared that this collection is not a legitimate set and cannot be used in a mathematical discussion. Mathematicians are permitted to discuss the green apples in my refrigerator, but are not permitted to use the set R, because the set R will bring us to a contradiction.

Noson S. Yanofsky is Professor of Computer and Information Sciences at Brooklyn College and the Graduate Center of the City University of New York. He is the author of the recently released book The Outer Limits of Reason: What Science, Mathematics, and Logic Cannot Tell Us (MIT Press).

One Law to Rule Them All

Bertrand Russell on Something

A Forgiving Reason: The Secret of Sherlock Holmes’ Success

Logic and its Limits by Patrick Shaw