“Anger, if not restrained, is frequently more hurtful to us than the injury that provokes it.” – Lucius Annaeus Seneca

“However, I have noted, that the ‘healthy’ release of emotion is frequently very unhealthy for those closest to you.” – Spock

In 1966 Gene Roddenberry, then a relatively unknown TV writer, created what was to become a cultural sensation. From cell phones and tablets, to MRI machines and medical jet injectors, Star Trek has undoubtedly anticipated much of the technology that we take for granted today. Moreover, the disagreements, fights and jokes between Captain Kirk (William Shatner), Dr Leonard ‘Bones’ McCoy (DeForest Kelley) and Mr Spock (Leonard Nimoy) were expertly crafted for dramatic impact. But I’m not writing this to confess to you my obsessive infatuation with the Star Trek universe. Instead I want to discuss how the beliefs and practices of Vulcans like Spock are similar to those of the Stoic school of philosophy. 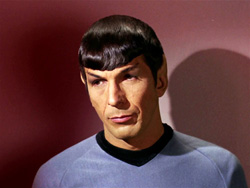 In Star Trek, the natives of the planet Vulcan are an extremely advanced humanoid species known throughout the galaxy for their logical minds, as a result of which their civilization has enjoyed millennia of peace and prosperity. This was not always the case. Historically, the Vulcans were an extremely violent race, prone to all sorts of debauchery and war (eerily similar to our own state of civilization). However, when their species was brought to the brink of annihilation, a single individual, Surak, produced a new philosophical practice based on pure logic. Surak believed that the cause of all the conflict on his planet was the people’s inability to control their emotions; thus, Surak and his growing group of followers taught themselves to control and suppress their emotions. Eventually, all the citizens of Vulcan adopted this way of thinking, and it became an integral and necessary part of their culture.

Surak’s philosophy I believe closely resembles Stoicism, a philosophy with its roots in antiquity. Founded by Zeno of Citium, who taught in Athens from about 300 BC, it was made famous by the philosophers Epictetus and Seneca, and by Marcus Aurelius, Roman Emperor from 161-180 AD. The goal of this philosophy is to live as good and happy a life as is naturally feasible. To this end, Stoics advocated the harmonization of one’s being with nature and accepting one’s place in it. They believed that going against the naturally established order of life would result in a great deal of pain for the individual. Stoics also believe in not worrying about external events, which are largely beyond your control. Rather, to maximise your serenity, change your perception of what happens to you to one of placid acceptance. As Epictetus wrote, “Make the best use of what is in your power, and take the rest as it happens.” Essentially, Stoicism does not want you to try and overcome all negative situations, nor to avoid bad, uncomfortable or disturbing scenarios; instead, Stoic principles require individuals to change the way they perceive such situations, which will change the way they react to them. Marcus Aurelius was a strong believer in this aspect of Stoicism. In his work Meditations (167 AD), he remarks, “You have power over your mind – not outside events. Realize this, and you will find strength” and “Very little is needed to make a happy life; it is all within yourself, in your way of thinking.” This was a revolutionary way of thinking for an individual who ruled one of the most imperialistic and warlike empires in history.

Surak’s teachings bear a resemblance to Stoicism in its belief that the individual should not deny or despair of his or her current predicament, but rather accept it as it is. As Epictetus taught, “There is only one way to happiness, and that is to cease worrying about things which are beyond the power of our will.” A Vulcan proverb expresses a similar thought: “In accepting the inevitable, one finds peace.” Both emphasize the necessity of eliminating emotional struggle with anything that cannot be controlled or changed. 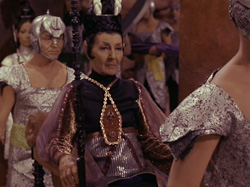 Marcus Aurelius also wrote, “Nothing has such power to broaden the mind as the ability to investigate systematically and truly all that comes under thy observation in life.” In Star Trek, Vulcan philosophy similarly asks the individual to analyze all situations and choose only the most logical path. (“Logic is the cement of our civilization, with which we ascend from chaos, using reason as our guide” – T’Plana-Hath, Vulcan High Priestess.) Like Stoicism, Vulcan logic requires practice and dedication to learn to look at life in a different light.

Before I conclude let me clarify a misconception suffered by both Vulcans and Stoics. Both are often regarded as cold-hearted or emotionless. In fact, both Vulcans and Stoics are deeply emotional, and although their stern faces and disciplined postures don’t give that impression, they nonetheless feel strongly; however, they control how they react and express themselves.

I think we can agree that there are some striking similarities between Stoicism and Star Trek’s Vulcan philosophy. Whether or not Gene Roddenberry created the Vulcans with the Stoics in mind will forever remain unknown; but what I do know is that both the Stoic’s and Vulcans will agree with this farewell: “Live long and prosper!”

Steven Umbrello is an undergraduate student of philosophy of science at the University of Toronto, and has been a practicing Stoic for most of his young adult life.

A Stoic Approach to Racism

How to Think Like a Roman Emperor by Donald Robertson

Body Snatchers!: The Invasion of Philosophy