This recent English translation of Alexander Kojève’s The Notion of Authority (originally published in French in 1954) is an important addition to philosophical studies of authority and an essential text for understanding Kojève’s political thought. Although Kojève’s (1902-1968) influential lectures on Hegel’s Phenomenology of Spirit left an indelible mark on continental philosophers Jacques Lacan, Jacques Derrida, and Jean-Paul Sartre, and American philosophers such as Leo Strauss, this book was written primarily for a European political audience during the Second World War. The text is best read alongside later philosophical studies on authority, especially Hannah Arendt’s essay, What is Authority? and Herbert Marcuse’s A Study on Authority, as all three texts sought to bring authority back to political and social life in ways that don’t justify oppression, patriarchy, or traditionalism.

Despite their titles, the books by Arendt and Marcuse don’t offer a philosophical definition of authority, whereas Kojève offers both a definition and a schema for understanding every type of authority. Kojève first quickly defines authority overall, and then moves to three distinct categories of analysis of it, in phenomenological, metaphysical and ontological terms. The scheme Kojève ultimately develops is almost scientific. He notes that there are sixty-four total combinations of authority, including four pure types, and eleven compound types from these four. He then follows this with deductions concerning authority in politics, ethics and psychology.

Kojève’s central definition of authority is that “authority is held only over that which can ‘react’, that is to say, that which can change according to what or who represents (‘embodies’, realizes, or exercises) authority” (p.7). For Kojève, all authority has its ultimate origin in what he calls “divine Authority” or “the authority of the father”, and he defines divine authority as “anything that can act on me without my having the possibility of reacting on it” (p.12). In essence, authority is acting on others without those others acting back, despite their being capable of doing so (which is why “authority is the possibility of acting without making compromises” p.9). The key point of this definition is that a truly authoritative act does not encounter opposition from those it imposes upon, and as such it is unlike exercising a right, where opposition can be encountered. Exercising authority and using force are therefore also mutually exclusive, because when someone uses force they have effectively erased their authority. It is essential to note that while Arendt and Marcuse favored a negative definition of authority, Kojève sought a positive definition – one that would be ultimately usable in his political present during WWII.

The Four Pure Types of Authority 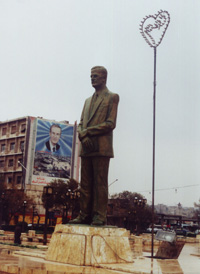 Syria’s Assad as model of father, master, leader and judge

Kojève identified four ‘pure’ types of authority: the authorities of the father, master, leader and judge. Each of these four types has a distinctive ontology and metaphysics, and a philosophical school of thought that refined it.

The second pure type of authority is that of the master, as developed in G.W.F. Hegel’s master-slave dialectic. Hegel’s theory is the most fully developed philosophical account of authority. However its weakness lies in the fact that since Hegel saw all forms of authority as deriving from that between master and slave, it reduces the authority to the relationship of master and slave, and has no place for a distinct theory of the father or the leader.

Hegel’s most important contribution to understanding authority comes in the role he places on ‘risk’. In Hegel’s master-slave dialectic, mastery arises in the struggle to the death for recognition: the slave has chosen submission over death, while the master is ready to risk his life to be recognized. However, the slaves will not submit forever. The authority of the master presupposes the possibility of war and bloody revolution, and with them it thus presupposes its own ultimate disappearance (p.82). A risk of death thus brings mastery about.

In Kojève’s system, because the master’s struggle to the death and the risk it presents brings about revolution or war, it also brings about the figure of the leader, Kojève’s third pure type of authority. For Kojève it is thus necessary for a developing state to have a stage of master-slave relationships. The concept of the authority of the leader was developed first by Aristotle. To Kojève the leader includes figures such as “the Soothsayer, the Prophet and the Oracle” and “the director, supervisor, Master over the Pupil, the Prophet, etc” (pp.19-23). The authority of the leader is based on a future-oriented project or idea that the leader promotes. Although the authority of the leader might come about through their election, it is important to note that the election itself is not what grants authority, but authority is already present in the person being a candidate: the election simply manifests this authority. Authority must not be confused with the external signs of its recognition.

The fourth pure type of authority is the authority of the judge, which Kojève aligns with Plato’s theory of justice. For Plato, power that does not rest on justice is only a pseudo-authority, and any power other than ‘authority as justice’ is merely brute force.

Authority and the State

In the remainder of this review, I’ll explain how Kojève tries to understand how a state could work without divine authority/the authority of the father.

He begins by attacking ‘social contract’ theory – the idea that in order to enjoy its benefits, the members of a society enter into an unwritten agreement to obey the laws of that society. In particular, in his Social Contract (1762), through the idea of the ‘general will’ Jean-Jacques Rousseau gives the majority a type of authority that privileges the whole of society over its parts. To Kojève, social contract theory relies on the idea of society being grounded in its material (economic) reality, which in turn means society being based on heredity, and have under the oppressive authority of the father. 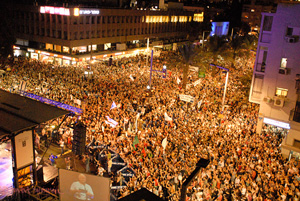 The leader gains his power through revolution (albeit bourgeois revolution). The bourgeoisie want to forget their origins as commoners, to disown their shameful past, and so they amputate the father authority (p.64) by getting rid of the monarchy and the church: “The suppression of the authority of the father has a character that is unequivocally ‘revolutionary’: the ‘constitutional’ theory is born out of the spirit of revolt and revolution, and it generates the (‘bourgeois’) revolution in as much as it is realized” (p.64). This notion of bourgeois revolution should be read as Kojève’s development of the Hegelian idea of the end of history and the last man [please see the other book review, Ed]. The amputation leads to the authority of the leader, and the era of bourgeois domination commences in a fascination with only the present (this is why concerns of food and sex are paramount to the bourgeoisie). However, ultimately this present fails because it does not have a past or a future.

What becomes of the authority that remains after the amputation – that is to say, authority that has been deprived of the ‘father’ element? Concerning the different types of authority that may remain, Kojève notes that “the variant of ‘Master and Judge’ gives us the Leninist Bolshevik type of authority, while the variant ‘Leader/Judge’ gives us the Hitler version of authority, while bourgeois imperialism is ‘Judge and Leader’” (p.68). Another problem that arises in the context of amputated father-authority is that, if upon eliminating the father element the judge sets itself against the master(s), this results in a reversion to ‘class justice’. Any revolution without the stability of the leader, the master and the judge is doomed to failure, since it does not have balance. The need for a balance is evident when Kojève writes: “The authority of the leader, isolated from that of the master, takes a ‘utopian’ character: the legislation that is separated from its execution constructs a ‘utopia’ with no ties with the present (that is to say, it fails to remain in force in the present), and it drags along with it in its downfall the authority that has produced it – and, with it, the state itself in its ‘separated’ form” (p.75). 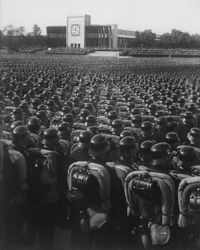 The solution Kojève offers to the problem of imbalance of authority – which should be read as approximating to the situation in Vichy Nazi-occupied France – he calls the ‘révolution nationale’. This leader-directed vision of revolution is not utopian, because it is against the present and refuses to rehash a glorious past. But importantly, one should not read this vision of revolution as identical to the Révolution Nationale of Marshal Petain under the Vichy government, which had the motto ‘Work, family, fatherland’. Petain’s notion of revolution is anathema to Kojève’s vision since it clearly remained tethered to the authority of the past and the paradigm of the father. At the same time, the fact that Kojève supports a state that is founded on the ‘Master-Leader’ authority models implies that the state must be founded on the risk from the master-slave dialectic: that is, on revolution. But it is a progressive sign that he places war-granting authority in the hands of what he calls the ‘manifest assembly’ – a congress-like body composed of the people – and so does not defer completely to the authority of powerful individuals.

Daniel Tutt is Professor of Media Studies at the Global Center for Advanced Studies.

World Poverty and the Duty of Assistance

A Brief Explanation of Anarchism