The Place of Self-Interest in Morality

Jos Philips considers when acting on your self-interests is morally acceptable too.

Recently, a class of students of mine were discussing a well-known piece by Peter Singer, ‘The Singer Solution to World Poverty’ (New York Times Sunday Magazine, 1999). In it, Singer argues that not giving to Oxfam is as morally wrong as Bob’s saving his Bugatti from being hit by a train rather than saving a child who is about to be hit. (Bob could steer the train towards his expensive car to save the child while keeping himself safe, but he isn’t willing to do so.) As usual, the students started to list various supposedly morally-relevant differences between Bob’s case and not making a donation to Oxfam – a donation which could potentially save the life of a hungry child. Then one of the students – an elderly man who had been a doctor in Africa – spoke up, saying that fighting the great evils that happened to people was much more important a consideration than all the other reasons (excuses) that his fellow students were thinking up for not doing so. We should make that donation to Oxfam.

This struck a chord with me. Although I know that many people disagree, I have always felt that fighting ‘great bads’ – such as starvation, disease, war and grinding poverty – is extraordinarily important; so much so as to trump almost all other reasons for action (or inaction). However, I fall out with the influential philosophical approach towards this taken by so-called consequentialists such as Singer. Consequentialists, as exemplified by utilitarianism, famously hold that one should always act so as to minimize the overall bad in the world, and to maximize the overall good, as seen from a detached perspective. This is what defines their position. By contrast, I think that we should fight all great bads that we find before us, and that doing so can also be morally defensible. That is, it can be defensible from a perspective larger than my own. As Singer puts it: “… the notion of the [moral] carries with it the idea of something bigger than the individual. If I am to defend my conduct on [moral] grounds, I cannot point only to the benefits it brings me. I must address myself to a larger audience.” (Singer, Practical Ethics, 1993, p.20) If I am right that all bads and goods matter morally, this might include bads not considered in terms of calculating the overall bad, and this, I will argue, indeed turns out to be the case.

An important question here seems to be this: If one finds it appealing that ultimately one should be concerned with fighting all great bads, then what, exactly, is the appropriate reaction to the great bads that happen to oneself? This is the question I want to concentrate on in this article. My approach takes a lot of inspiration from the New York philosopher Thomas Nagel, although I by no means claim that he would approve of it. 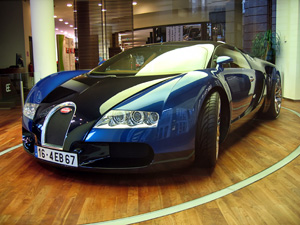 We should begin by noting that human beings have a split nature. On the one hand, it is very important for us to see that we are just one human being among others, having nothing special to set us apart from others, and that we lose a whole lot if we don’t acknowledge this. In this sense, human beings inhabit, to express it metaphorically, the standpoint of ‘the view from nowhere’ (Nagel’s phrase) – which standpoint consequentialists draw on when they speak of maximizing the ‘overall’ or ‘objective’ good. To give a feel of the importance of the objective standpoint, Nagel points out that “when [people] are wronged, [they] suddenly understand objective reasons, for they require such concepts to express their resentment” (The Possibility of Altruism, 1970, p.145). That is, when you are wronged, you will have to protest by pointing out that you too are a human being, just like others – not by pointing out that you are you. On the other hand, people also have their own distinct point of view, and this is equally important. My own flourishing or pleasure – or that of my near and dear – isn’t the same for me as just anyone’s flourishing or pleasure, and it looms larger for me. 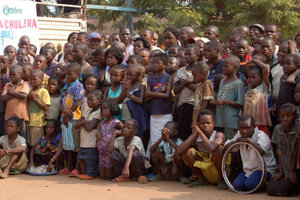 Now assuming I am concerned about fighting all great bads, it seems to follow straightforwardly that both standpoints – which both come with their own particular great bads – should be very much taken into account. However, the worry for some is that this may be too quick. For aren’t the real bads exclusively associated with the standpoint from nowhere?

One may think this because truth and this standpoint are commonly closely connected. After all, obtaining truth is usually regarded as a matter of transcending my own standpoint and reaching as far as possible – through intersubjective scrutiny – in the direction of an objective, ‘perspectiveless’ viewpoint. In other words, the suspicion is that bads as seen from the personal standpoint are not really bads after all. If this is so, one should – if one is concerned about great bads – therefore merely consider the viewpoint from nowhere; and then, quite possibly, one should, like Peter Singer, be a consequentialist.

In the end, I do not think this is so. The personal standpoint is real and it involves real bads that are taken into account when deciding how to act. But the challenge is not to get this conclusion – which after all is very convenient for many of us – for free. Instead, one needs a good argument, and simply saying that it is too demanding to base one’s actions exclusively on the viewpoint from nowhere isn’t such an argument – it is only to put a seemingly honourable face on a convenient gut feeling or intuition.

What could be a good argument for saying that personal goods are real too? I think there is one that proceeds from something that even consequentialists may have to recognize.

The consequentialists’ overall – objective – perspective is arrived at by hypothetically aggregating the perspectives of all persons (supposing that we confine our story to human beings). Now even consequentialists do not usually think that for these persons everyone else’s flourishing or pleasure is as intense an event for them as is their own. After all, if everyone else’s flourishing or pleasure were as intense to them as their own is, they would be totally sympathetic to everyone else. But if people were thus completely sympathetic, this would shatter the consequentialist’s idea of, for instance, helping this sick child, thereby making at least one tiny corner of the world all right. For suppose that this child would experience everyone’s predicament as intensely as she experiences her own. Then she would be helped just as much (or as little) if anyone else were helped as if she were cured. This is not what consequentialists generally have in mind when they advocate that the child be cured.

Thus even consequentialists will be committed to recognizing that personal bads are real, and special – even they won’t want to deny the distinctness of the personal viewpoint and the particular bads that come with it. This means, then, that for every agent there are two kinds of bads; namely, bads as seen from the objective viewpoint (where the agent is simply one human being among all others); and bads as seen from the personal viewpoint (that is, from her distinct perspective). And if one is committed to fighting all bads, one will have to attend to both. 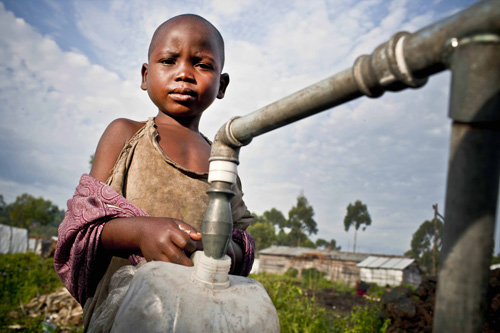 A child getting fresh water thanks to Oxfam
Child at water pipe © Kate Holt/Oxfam East Africa, 2012

We can inquire further, and ask what the relation is between these two viewpoints. I’d say that both are clearly important for the agent, but as far I can see there is no common measure by which to compare their importance: they seem incommensurable. This state of affairs is unfortunate, since we now seem to be left in limbo concerning what to do when the two perspectives conflict. But on the other hand, if fighting great bads is what one is concerned about, the needs of the two perspectives only conflict if a great bad is at stake in both of them. Otherwise it is clear that precedence should be given to whichever perspective a great bad is at stake in.

This conclusion has an important moral implication: it means we should do whatever we can to help others who are facing great bads, at least so far as we can do so without incurring great bads ourselves. We should, for example, give up on relative luxuries. By contrast, it is undecided whether we must still help relieve others from their great bads if we do stand to incur great bads ourselves – for example, if we stand to lose everything that makes our life worthwhile.

To return to my class: even if fighting great bads is a much more important consideration than almost anything else in deciding what we must do – and I continue to endorse this, alongside my ex-doctor student – we now have a really good reason why the extreme demands that consequentialists sometimes make should be refused: I may do so if it results in doing great bad to myself or to my loved ones. Consequentialists, however, are bound to disagree. According to them, one should, morally speaking, always promote the greatest overall good, and/or minimize the overall bad – and they commonly also hold that morality trumps all other considerations – but that is for another occasion.

If there were very good reasons to go along with the consequentialist viewpoint, we may well have to accept very extreme demands upon ourselves. However, I do not presently know of any sufficiently strong reasons here, and I would therefore stick to the view I have outlined above. To be sure, this does not imply that it is enough for us to do for others what we can do at little cost (although this would already be much more than we typically do now!). Rather, this is the minimum we should do; and we might be morally required to do more. Thus, while the argument dissolves the worst spectre of demandingness, it is not exactly undemanding either. Perhaps even my student would find it acceptable.

Jos Philips is Lecturer in Philosophy at the University of Utrecht.

Does Surveillance Make Us Morally Better?

The Right Way to Make a Left Turn