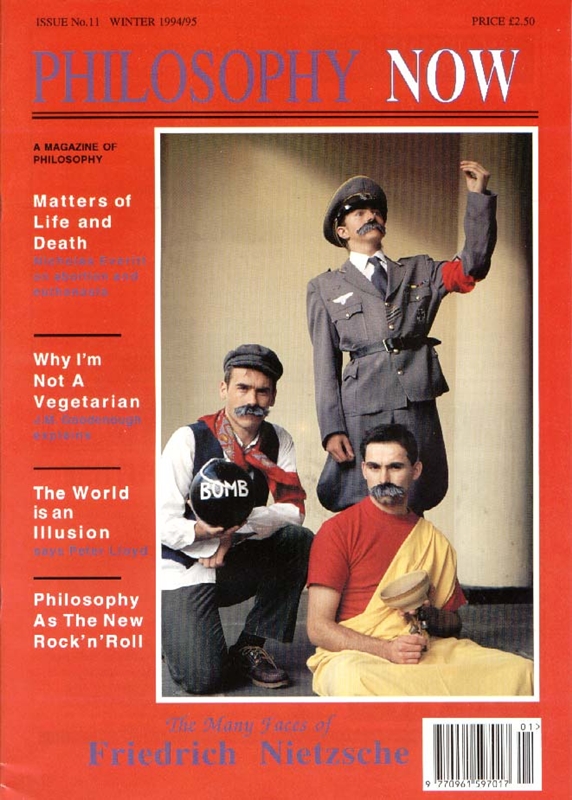 A Footnote On Casuistry

Peter J. King says you shouldn’t put up with it.

Jerry Goodenough explains why he isn’t a vegetarian.

Burke, Kant and the Sublime

Martin Tyrrell on Methodological Collectivism and the 1994 World Cup

The Many Faces of Friedrich Nietzsche

Over the last century, the works of this controversial German philosopher have influenced a remarkably diverse collection of people and he has been claimed as a friend by all sorts of movements which have very little else in common. Here is a handy at-a-glance guide to a few of the many faces of Friedrich Nietzsche.

The Physical World is a Fiction

Kant Get No Satisfaction