Bradley Roote asks: what does baseball have to do with philosophy?

It was my first day at university. My first class was at 8:30am. It was one of those first-year compulsory philosophy classes. I didn’t even know what philosophy was. I only knew that I didn’t want to be there so early after a night of drinking.

The professor was late. After about ten minutes, I started to talk to the other students.

“What’s the rule for how long we have to wait for this guy?” one political science student asked.

“I’m out of here at quarter to,” said another.

“Guys, this is the first class; we’re not going to do anything in it anyway,” said the third-year sociology student.

Just as the group was building its collective courage to leave, the professor walked in. He was wearing a Harris Tweed blazer with elbow patches. He had a beard with hints of grey on either side of his chin. He wore glasses. He was a walking cliché – a living cartoon philosophy professor. “Hey guys,” he said, “I’m Professor Smith.”

He carried a battered leather messenger bag, and he was holding a stack of papers. Syllabi, fresh off the printer, I assumed. “I’ve got a syllabus for each of you,” he said. “I’m not going to keep you for the whole session today, but I want to get to know you a little before I let you go.” I was dreading having to introduce myself to the group, but I was spared from having to tell my story, since as it turned out, he just wanted to ask the group a few questions. “I’ll make you a deal,” he said dryly. “If you answer a few questions that I’ve been thinking about, I’ll let you go early.” He took a second scan of the room, searching for a consensus. “You have to answer honestly though, okay? Do we have a deal?”

There were about two dozen half-hearted nods.

“Great!” I thought. “I’m going to get my first taste of philosophy. He’s going to ask us about the sound of one hand clapping. Maybe he’ll ask that one about whether a tree makes a sound if it falls in the woods and no one is around.” That about summed up my understanding of philosophy at the time. 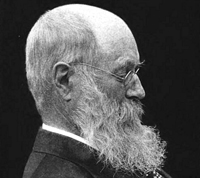 The professor was thoughtful for a while

That’s not what happened. Instead, he started asking us about the war in the Middle East. Did we know what was going on? Had we heard about the latest escalation? I checked the course description on the syllabus to confirm that I was in the right room. “I read this story the other day about the troops playing baseball on a makeshift diamond,” he explained to the class. “They knew that the kids in the nearby village were watching them play. Some of the troops said that they would’ve liked to invite the kids to play, but, by that time, the people on base weren’t exactly on good terms with the locals. So, what they did was, they left all the equipment for the kids after they returned home.”

At this point his facial expression changed. His forehead tightened and he looked like he was chewing the inside of his lip. “The article then said that the kids immediately started to play baseball on their own.” He paused. “But the description of what they were doing didn’t sound much like baseball to me.” He explained to the class that the kids took as many swings as they wanted until they managed to hit the ball. Some of them ran the bases if they hit the ball, but some of them did a little celebratory dance and pointed in the direction the ball had gone. No one kept score. No one seemed to know how long the game should be played. At this point Professor Smith started to encourage us to participate. “Does anyone here think that the kids were playing baseball?” he asked.

“What the hell is this guy talking about?” whispered the English student.

There was a long uncomfortable silence. “Come on, guys, you said that you’d answer my questions honestly.”

I could hear the flies beating their heads into the window as the sun started to warm the room. Finally, an over-confident, second-year philosophy student, undoubtedly feeling some obligation to participate, raised his hand.

“Sean,” replied the bearded twenty-something. “I think that just using the equipment doesn’t mean that you’re actually playing the game.”

“That’s what I was thinking, Sean, but why not?”

“I don’t know,” Sean replied, knowing in his heart that he’d just made Socrates proud.

“Well,” Professor Smith said, turning his inquisitive gaze toward the English student, “if the kids had seen the soldiers do a military salute, and copied it, wouldn’t we want to say that they were saluting?”

“Sure, I guess,” she replied, “but those salutes are easy to do.”

“Lindsay, what’s the difference, then, between baseball and saluting?”

Professor Smith turned and wrote the word ‘complex’ on the board. Students started to look around at one another. There was a general feeling that we were giving him what he wanted, but no sense yet of what it was, or how much longer he might keep us there.

“Baseball is complex. But what if they’d watched the soldiers for a long time? I mean, what if they observed some of the finer rules?” Professor Smith started to speak more excitedly, waving his hands around. “What if they ran the bases in the right direction, but still took as many swings as necessary, and only played one inning? Would that be baseball?”

“No,” said the guy in the Yankees cap. He seemed to take a personal interest in the conversation at this point: “The game has rules. If you don’t know the rules, you’re not playing the game.”

“I agree with that statement. What’s your name?”

“That’s what I was thinking, Jamal.” Professor Smith turned to the board and wrote the word ‘rules’ next to ‘complex’. “Jamal, have you ever played baseball?”

“Every chance I get.”

“I believe that, but how do you know that you’re playing baseball?”

“I know the rules!” Jamal said, realizing that was the answer Professor Smith wanted.

“So, if you know the rules and follow them, then you’re playing baseball?”

“Do you guys think that works for all complex, rule-based activities?” Professor Smith asked the class, motioning at the two words that he’d written on the board.

“Maybe it’s just me, but I don’t understand why you have to put all these questions in sports analogies,” said the Women’s Studies student. “That strikes me as androcentric.”

“Well, Sophie, what are your hobbies?”

“I play chess. Does that surprise you?”

“No. That game is highly rule dependent, isn’t it?”

“So, if I used all the pieces in the same way, and I played the game like it was checkers, would I be playing chess?”

“Then we agree, don’t we, Sophie? If the activity is complex and rule-based, we wouldn’t say that one is doing it unless one is following the rules, right?”

“I guess so,” she said, clearly uneasy about conceding the point.

Professor Smith seemed bothered by his exchange with Sophie. He walked toward the window and looked out at the sun on the horizon. Then he told us all to turn to the second page of the syllabus. “Add Pascal on unbelief for week two,” he instructed.

“Raise your hand if you’ve ever played chess.”

The two Computer Science students raised their hands. “How do you know that you’ve played chess?”

“We know the rules,” they said simultaneously.

“Okay, raise your hand if you’ve ever played soccer.” The entire class raised their hands. Professor Smith picked out a quiet girl in the front of the room and asked, “How do you know that you’ve played soccer?”

“I know the rules,” she replied.

“Okay, raise your hand if you’ve ever created your own computer program.”

“Gail, how do you know that you’ve created a computer program?”

“I learned the programming language, I figured out the rules, and I wrote it.”

“Did it require rules?”

“Alright, we’re almost done. I’m certain now that the kids weren’t playing baseball. I just have one more question for you.” Professor Smith put the extra syllabi in his leather messenger bag. “Raise your hand if you’ve ever thought before.”

Again, the entire class raised their hands. Professor Smith called on me and asked his final question.

Bradley Roote is a Canadian philosopher and lawyer who sincerely apologizes to the rest of the world for his use of the word ‘soccer’.

Education’s End: Why Our Colleges And Universities Have Given Up On The Meaning of Life by Anthony Kronman

Can The World Learn Wisdom?

The Challenge of Moral Education