Akrasia: Why Do We Act Against Our Better Judgement?

George Singleton asks why we splash out on luxuries worth a month’s income, struggle to give up smoking, and resort to below-the-belt insults in heated arguments.

Almost all heavy smokers are well aware of the likely consequences of their tobacco tendencies. Many even concede that it would be best to give up the habit. Still, a large proportion of these people cannot help but continue to smoke, in spite of their better judgement. Between puffs of nicotine and regret, they may ask themselves, ‘Why do I continue to smoke when I know it would be better not to?’ One response to this question – although not one in everyday terms – is that smoking is an akratic action. Akrasia comes from the Greek for ‘lacking control of oneself’, and it means ‘to act against one’s better judgement’.

Plato’s dialogue Protagoras addresses a more general incarnation of the smoker’s question. There Plato’s spokesman Socrates asks, if one judges a certain behaviour to be the best course of action, why would one do anything else? The conclusion that Socrates draws is that people will only ever choose the perceived best course of action, since “no-one goes willingly towards the bad.” That is to say, for Socrates, akrasia does not exist. Rather wrongdoing stems from ignorance of what exactly is good, not someone consciously doing what they know to be wrong. So his view is that if someone actually believed that they should stop smoking, they would do so with ease. Socrates does allow that the person who apparently acts against their better judgement will say that it’s because they’re overcome by the pleasure their action provides. Yet to him this is a self-contradiction, since their argument actually translates into: “I knew that act was bad, but I was overcome by my perceiving the good of it.”

Let us spare smokers the limelight briefly, and turn to the example of the heroin addict. Heroin provides the user with enormous amounts of pleasure; but this is not the same as heroin addiction being good. Regardless of the pleasure induced, can abuse of a substance that results in such a high likelihood of death by overdosing, or choking on one’s vomit, or through severe damage to one’s veins, ever be considered good? Whilst there may be no definitive philosophical answer to this, it makes Socrates’/Plato’s viewpoint questionable, at the very least.

Aristotle disagrees with Plato about akrasia. He takes an approach more in line with actual experience than his teacher’s purely theoretical angle.

It is natural, Aristotle argues, for humans to acknowledge akrasia. Indeed, he argues for two different kinds of akrasia. The first is motivated by impetuosity, or more specifically, passion, which can cause a lapse in reason allowing a person to be led away from what they (still) believe to be good actions.

This analysis seems more reasonable than Plato’s approach, as it explains many scenarios, such as the heroin example: the intense pleasure brought about by such substances can cause a lapse in reason. However, examples of such akrasia are by no means limited to addiction, or even pleasure. Other types of passion, such as anger, can also hinder our judgement.

Consider a heated argument. Things are often said in the heat of the moment that are clearly not fully thought through: those involved might digress into petty insults, and go too far. In this case, the person is so blinded by anger that they act without a reasonable consideration of the consequences of what they’re doing – the insult is swiftly pushed out of one’s mouth by one’s ego, rather than being properly assessed by one’s superego, we might say. In his Nichomachean Ethics (350 BCE), Aristotle compares these instances to “hasty servants who run out before they have heard the whole of what one says, and then muddle the order.” The servants do not properly evaluate their action – they simply do it without stopping to think.

In her Essays on Aristotle’s Ethics (1992), Amélie Rorty examines the extent to which these ideas are similar or dissimilar to the Platonic/Socratic perspective. In Rorty’s view, Aristotle stands the Socratic diagnosis of akratic ignorance on its head. She says that rather than a person being misled by pleasure into ignorance of what’s good, Aristotle contends that a person’s ignorance causes them to be misled by pleasure. Perhaps it is no surprise that Aristotle therefore reaches the opposite conclusion – that akrasia does, in fact, exist.

The second type of akrasia Aristotle details is caused by weakness. In contrast to the passionate person, the weak person considers and reasons perfectly. The weakness comes in putting their reasoned conclusion into practice.

Although they may have hoped to escape further scrutiny, let us bring back the eager-to-quit smoker. If a person decides that they should swap their cigarettes for nicotine patches or chewing carrots, but struggles to actually do so, then the fault is not in their reasoning ability. They have considered the act of smoking, reached the conclusion that it is bad for them and that they should stop, but they cannot put this conclusion into practice. This is what Aristotle means when he refers to weakness of the will. 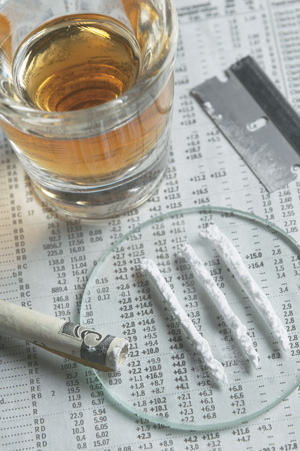 Aristotle’s concept of two kinds of akrasia has aged well. For instance, many scholars have written on the disengagement of the will – although some hold the view that this can be different to what Aristotle talks about in his second type of akrasia. Richard Holton for example gives two slightly different reasons as to why someone who concedes the vegetarians’ arguments may not give up meat. The first case he gives is one of a man who repeatedly pledges to become a herbivore only to “find himself succumbing time and again in the face of rare steaks and slow-cooked offal”, as Holton so delightfully puts it in Weakness of Will and Practical Irrationality (eds Sarah Stroud and Christine Tappolet, 2013). He also gives a second case, of a man agreeing in principle that he should give up meat, but never intending to do so in practice. Both cases, he says, are examples of acting against one’s better judgement, but only the first is a case of weak-willedness. This is not to say that there must be these two separate types in all cases – only that something being akratic does not automatically mean that it is a weakness of the will.

The late Donald Davidson also argues in Essays on Actions and Events (1980) that earlier thinkers were wrong to limit akrasia to people who had reached a judgement but were driven off the path their conclusion indicated. He adds any altered conclusion into the mix; for example, someone who generally thinks it’s irrational for them to simply give into their desires, but yet gives themself the pleasure of a particular choice. Davidson thinks that in this case an akratic action is the result of a person temporarily thinking that the one action is preferable to the other. If for example I walk past a shop window and see a snazzy pair of New Balances (trainers, for readers unfamiliar with the dialect of a seventeen-year-old) costing my entire month’s income, I’m faced with two options: to buy the trainers, or to reserve my income for the next four weeks. The latter is the best decision; but I have chosen the former before, and I would be surprised if I never do so again. Davidson would say the root of my akratic purchase of the trainers has its origins in my momentarily believing that ownership of the flashy shoes is preferable to prolonged financial stability. It is not that I have acted against my better judgement in that moment; rather, it is that in that moment, my better judgement has changed to choose the trainers.

There is also a more science-based contemporary akratic theory. One can explain the purchase of the New Balances through the idea that humans are psychologically very now-focused. I will reap the rewards of purchasing the trainers immediately, but I shall not appreciate the money that I have saved until later, and as a result, the value of the trainers seems greater – so I will choose this otherwise seemingly-illogical option.

This idea is called hyperbolic discounting. It is actually an established microeconomic model, but it can be applied to non-monetary situations as well. It says that when presented with a choice of two similar rewards, the impatient human mind will always opt for the one that arrives sooner. Moreover, one will actually devalue the reward that comes later. George Ainslie argues in Breakdown of Will (2008) that this devaluation is furthered if the delay times of the two options are increased by the same amount. This may sound like difficult-to-digest microeconomic waffle; but when applied, it is commonsense. Consider the following two types of choice. First, if I can have £100 today or £150 in a month, I will feel more inclined to pick the former. But now let’s add a year to both options: I can have £100 in twelve months, or £150 in thirteen months. Bizarrely, the £150 option immediately appears more preferable in the second scenario than in the first.

Regardless of which cause of acting against one’s better judgement one believes is most likely, it is difficult not to dismiss Plato’s argument that it doesn’t exist. It seems that here Plato leads with theory, and not with experience or evidence. This is in line with other aspects of his philosophy: he does believe that the material world is a type of illusion, after all.

Aristotle’s two kinds of akrasia seem reasonable, but the type of explanation offered by Ainslie and many other contemporary psychology-influenced philosophers seems equally plausible. It is possible that several explanations may be true, since there is no necessary contradiction between them – Ainslie’s ideas could, for instance, function as a third way beside impetuosity and weakness. In any case, whilst it is not unreasonable to suggest that “no-one goes willingly towards the bad” it is unreasonable to conclude from this that no-one ever acts against their better judgement. Any one of us can examine our own lives and see an abundance of akrasia.

George Singleton has a particular interest in the work of Peter Singer, and hopes to study philosophy at university from September.

Do We Want To Be Free?

How On Earth Can We Be Free?

How Are We Free?

Free Will Is Still Alive!

The Nightmare Before Christmas

The Free Will of Ebenezer Scrooge

I Sink, Therefore I’m Not