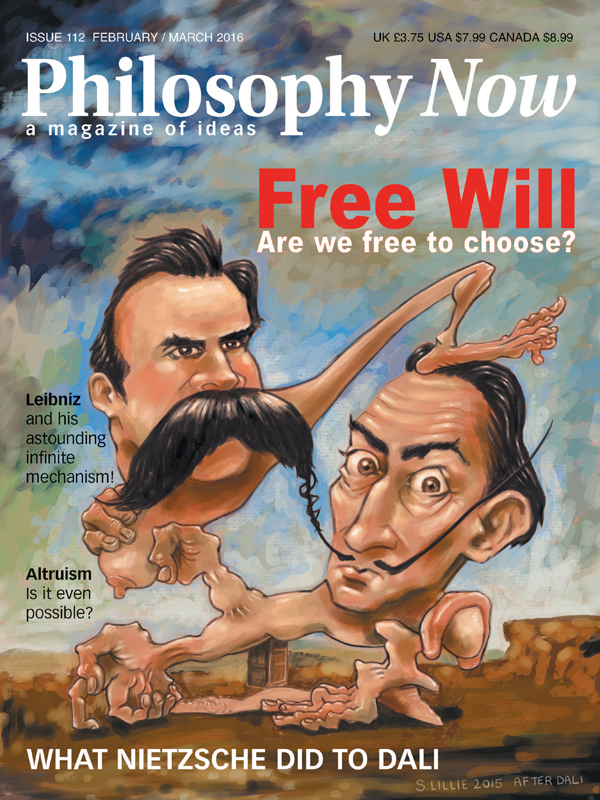 Free Will Is An Illusion, But Freedom Isn’t

Ching-Hung Woo says freedom is compatible with choices being determined.

The New Argument About Freedom

Natasha Gilbert says out with the old arguments, and in with the new.

The Brain’s Risk/Reward System Makes Our Choices, Not Us

Graham W. Boyd argues that choice is an illusion.

Akrasia: Why Do We Act Against Our Better Judgement?

George Singleton asks why we splash out on luxuries worth a month’s income, struggle to give up smoking, and resort to below-the-belt insults in heated arguments.

Steve Taylor says of determinism: “I refute it thus!”

Leibniz & the Infinite Mechanism of Life

Audrey Borowski peers into the infinity inside all organisms, including us.

Brian King says that to understand the herd, you need a Herder.

Thomas Dabay combines the ideas of David Hume and Immanuel Kant to help show how we can be right about what’s right.

Daniel Tippens argues that our self-interestedness has a positive side after all.

The moral and political philosopher D.D. (David Daiches) Raphael died just before Christmas – a month short of his 100th birthday. Shortly before his death, he spoke to Gideon Calder about what more than eighty years in philosophy involves.

The Tears of Many Clowns • Original Thinking • Liberty, Equality, Technology • Can Robots Wrestle with Ethics? • Uncommon Sensations • Absurd Speculations? • Who Am I? • Atheism On Its Own Terms

Raymond Tallis takes a good look at himself.

The Most Good You Can Do by Peter Singer

William Irwin asks if pure ethics exists at all.

Kevin Heinrich follows the fate of some determined townsfolk.