Raymond Tallis takes a good look at himself.

“‘My weight.’ What a possessive!”
Paul Valéry

The relationship between your columnist and what he (and everyone else) is inclined to call ‘his’ body is far from simple, notwithstanding that when you point to the latter you also point to the former. Readers may recall a recent column, ‘On Being (Roughly) Here’ in PN 106, in which I touched on this. I’d like to pick up here some of the trailing threads of its unfinished – indeed unfinishable – business.

In particular I want to focus on what I referred to as our being ‘embodied subjects’. It is the ‘em’ in embodied that is most mysterious, so let us resume our investigation there. A pebble is a pebble, end of story. To put it another way, a pebble is what it (materially) is. We do not have to qualify this by saying that the pebble is empebbled. However, in our case, our relationship with what we materially are is more complex, and at times quite vexed.

The characterisation of our condition as that of ‘embodied subjects’ is particularly associated with the French philosopher Maurice Merleau-Ponty (1908-1961), although he himself found the idea in the writing of his near-contemporary Gabriel Marcel. The attraction of the formula ‘embodied subject’ is that it seems to side-step the difficulties associated with other ways of thinking about the relationship between our conscious (especially our thinking) selves and our bodies.

First, the notion of embodiment appears to avoid dualism, and especially Descartes’ discredited idea that we are the result of a seemingly contingent union of a ghostly mind and a machine-like body. Philosophy Now readers probably do not require an extended tutorial on the problems associated with this dualism. It is enough to note the apparent impossibility of seeing how an immaterial mind, that, according to Descartes, is not extended in space, could be connected with a body that is so extended; even less working out how the former could influence or direct the latter by means of its thoughts, intentions and other supposedly non-material events. Cartesian dualism would seem to make us impotent ghosts in self-propelling machines. 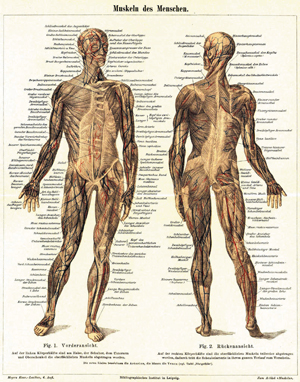 Varieties of dualism-lite (I shall resist the temptation to call them dualisms à la Descartes) don’t seem any more satisfactory. For example, the claim that my mind and my material body are not two distinct items but two properties of the same item – so-called ‘property dualism’ – simply highlights, without solving, the problem that a human is both a body that metabolises dinner and something that also thinks and entertains concepts like ‘metabolism’ and ‘dinner’. This problem is particularly obvious when property dualism is interpreted as aspect dualism, according to which my mind and specifically neural activity in my brain are just two aspects of the same thing. This conceit overlooks the fact that ‘aspects’ presuppose points of view (cf. the front and back of a house), and hence a consciousness that picks them out. So when John Searle defends aspect dualism by using an analogy with water, saying that neural activity and consciousness stand to one another as molecules of H2O (which are not shiny and moist) to drops of water (which are), he forgets that we need two points of view, indeed two levels of description – the microscopic and the macroscopic – to give us the two aspects that are connected in any identity relation. In short, Searle’s ‘solution’ to the mind-body problem requires consciousness to explain the relationship between neural activity and consciousness.

The materialist monist alternative – that humans are merely machines made of meat, wired through the brain into the material world – is no more attractive. Its most obvious challenge is to make sense of how bodily events (more precisely, brain events) give rise to or become our consciousness. Consciousness has all sorts of features – awareness, self-awareness, temporal depth, selfhood, the apparent ability to initiate events in the material world – that the machinery of the body does not alone seem capable of housing or generating.

Such are the woes of dualism and material monism, and they account for the initial attraction of the description of ourselves as embodied subjects. Body and subjectivity are both checked in and are so intimately connected in that phrase that it seems that we don’t have to deal with the intractable problems associated with the relationship between them: with the interaction between two Cartesian substances; or with matter that has somehow become conscious. The suspicion, however, arises that we have walked away from the problem rather than solved it. The appeal to the notion of an embodied subject should not therefore be a resting point. After a pause to catch our breath, we need to resume thinking. One way to provoke this is to look a little harder: furrowed brows should be associated with widening eyes. Philosophy, after all, is about wakefulness, even surprise, as well as conceptual investigation.

Courtesy of its sensory system, an embodied subject is conscious of the world that surrounds it, and is in addition aware of its own body. This bodily awareness is extraordinarily complex. Imagine sitting on a train reading a novel. Vibrations in your buttocks, murmurs of the dialogue between the train and the rails, voices in the carriage and phones ringing, and the countryside flashing by and casting its shadows over your torso and the pages of the novel, the taste of coffee in your mouth, are all co-present in your presence to yourself and of the world to you. These experiences are in turn anchored in, and framed by, a body that exercises exquisite judgement in knowing how much to be present to you in its own right, in order to tether your experiences to a solid here-and-now and yet not be so obtrusive as to block your access to the world around you. This bodily self-presence that situates you as a novel reader in space and time has been confected out of quite homely material: abdominal fullness; the triple pressure on your feet from socks, shoes, and the floor; dampness of sweat on your brow and both shoulders, and other items, adding up to the capital of a ‘here’ that makes everything else be ‘there’. Such sensations, however, self-broadcast your body only patchily. There is a ‘filling in’ of the space between different bodily reports: for example, your head angled over Chapter 6 of your novel is deftly sketched for you in a few brush strokes – such as an intermittent seepage of saliva, a slight soreness in the eyes, a dialogue between a hand and the chin supporting it, and a cooling of your nostrils by inhaled air. In this wise or such, and by means of much automatic joining of the dots, you are held together as a bodily unity. And all of this has to platform thoughts, emotions, and memories, concerning matters near to hand or at great distance, ranging from the concrete and particular to the abstract and general, others perhaps relating to the story you are reading and your care for its characters. This is the evanescent, endlessly changing, carnal fabric housing the tautology of your first-person being, as you travel from A to B and jealously guard your space on the train.

Another puzzle comes into view when we look more closely at embodiment and examine how far our subjectivity penetrates our body, and our body figures in our subjectivity. We live, for the most part, in the coastland of our carnal being. Our direct knowledge of the greater part of our bodies is minimal. So long as all is going well, the flame of our awareness of the bulk of our bodily parts burns very low. Our consequent acquaintance with what we think of as the most familiar item in the universe is distant and very patchy. Much of the time I have no idea what my body is up to. I am a spectator (admittedly a concerned one) of its gurgles, twitches, and twinges, uncertain as to their significance. For the most part, my insides are as remote from me as are your insides – silent, transparent. The bulk of my body is like my spleen, having no presence unless diseased – a terra incognita requiring scans and the like to reveal it to me as to others. I am mostly oblivious of the things that are going right, as when my kidneys adjust the composition of my urine to meet the needs of the internal milieu, or when an exquisitely orchestrated gathering of fibroblasts deftly heals a wound. In short, most of my body is innocent of anything that could be called subjectivity. There is nothing corresponding to ‘what it is like’ to be it. As the great poet and philosopher Paul Valéry observed in M. Teste, “We are made of many things that know nothing about us” adding that “And this is how we fail to know ourselves.” Conversely we find it difficult to possess many facts about us – “‘My weight’ What a possessive!” – although for some, to do so may be a lifelong obsession, in which the effort of movement, numbers on a machine, and a body image mediated through literal mirrors, the mirrors of others’ consciousnesses, the abstract mirror of actual or imputed social judgement, all merge in a subject seemingly trapped in his or her mode of embodiment, adding up to a quantity of so many kilogrammes that eludes introspection.

The displacement of mind-body talk by talk of embodied subjects, therefore, gives us only temporary relief from our lack of metaphysical understanding. But there are rewards. The mystery mutates to something richer and more interesting. How is it possible, for example, that your columnist, despite being overwhelmingly opaque to himself, can still through his body live, or seem to live, a life shaped by choices which makes connected sense to him; a life that is his life, notwithstanding the impersonal nature of the bodily processes that make them possible? That when he walks into a room, his body seems not only to be the implicit origin of his gaze and the source-point of his voice, but also closer to being what he is – what I am – than a carnal machine serving a thinking ghost?

Describing ourselves as ‘embodied subjects’ shifts the emphasis from explanation to description. By focussing on the experience of bodily existence, we do not so much advance towards solving the mystery of the relationship between our thoughts and the meat of which we are made, as sneak past it. Having temporarily suspended our appetite for metaphysical self-understanding, we realise when we resume our inquiries that we face a challenge even greater than that presented by traditional (and as we now see, simplifying) arguments over substances such as ‘mind’ and ‘body’. We have made things more difficult for ourselves.

Raymond Tallis’s latest book is The Black Mirror: Fragments of an Obituary for Life (Atlantic). His website is raymondtallis.com.

Consciousness: Creeping Up on the Hard Problem by Jeffrey Gray

The Philosopher, The Priest, & The Painter by Steve Nadler