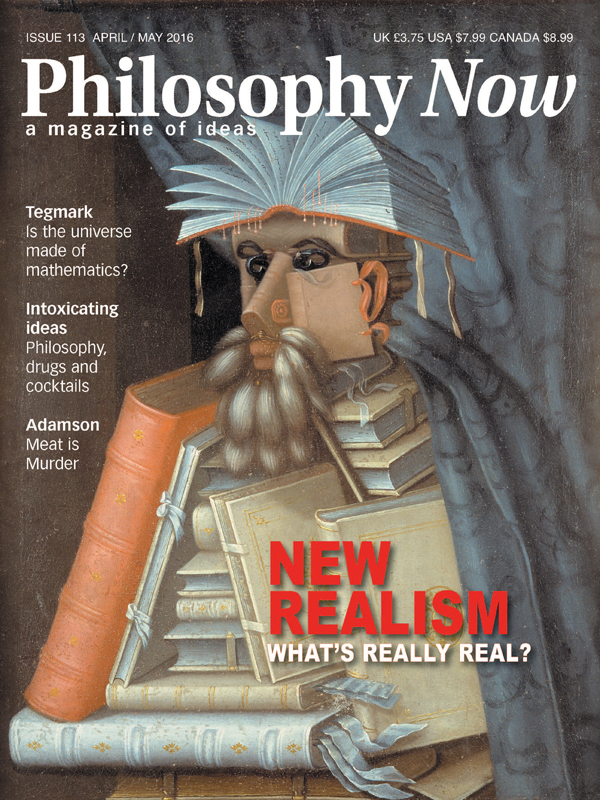 Markus Gabriel one of the founders of New Realism, talks to Anja Steinbauer about why the world does not exist, and other curious metaphysical topics.

Manuel Carta talks with Prof. Maurizio Ferraris of the University of Turin, another leading exponent of New Realism.

The Use of Embryos

Elizabeth Hemsley considers ethical arguments for and against a new embryo modification procedure.

On Moral Arguments Against Recreational Drug Use

Rob Lovering considers some of the arguments, and what they amount to.

Robin Small will have a Martini – stirred, not shaken.

The Universe Is Made Of Mathematics

Thomas Dylan Daniel on what one Frenchman says to anglophone philosophy.

What’s Your Best Advice or Wisdom?

The following responses to this sagacious question each win a random book.

Raymond Tallis asks, does it matter if philosophy does not make progress?

Walter Benjamin and the Media by Jaeho Kang

Matthew Gildersleeve goes to the movies with Jacques Lacan.

Kimberley Martinez sees through the unreality of reality, disastrously.