Walter Benjamin and the Media by Jaeho Kang

Does it matter whether this review is presented to you in a one-off public gathering that takes place at a unique historical time and place, such as a literary salon, or in an edition of Philosophy Now magazine? Does the change from collective audience to solitary reader have any impact on your cognitive faculties, or even have political implications? Furthermore, does it make any difference if you’re reading this not in the print version, but via some early-twenty-first-century communication tech, such as a smartphone or an iPad?

The German Jewish philosopher Walter Benjamin (1892-1940) certainly thought all this does make a difference. He had reason to reflect on new forms of communication. Hounded by Nazi propaganda, he settled in Paris, and later, after the fall of France, committed suicide while attempting to escape through Spain. Benjamin sought to develop a new kind of media critique, applicable to the new forms of media technology that were emerging in the twentieth century. In Walter Benjamin and the Media, Dr Jaeho Kang illuminates how and why Benjamin’s theoretical contributions to understanding the development of the media are still relevant and applicable to today’s new technologies. For example, we might transpose Benjamin’s famous account of flânerie – the nineteenth century urban consumer’s whimsical street-strolling, involving serial observations of street spectacle, of shop windows, shop fronts, café terraces, pedestrians – onto the twenty-first century habit of web surfing. There are many such interesting issues here, and Jaeho Kang’s masterful account of Benjamin’s life and work invites us to rediscover Benjamin’s unique and multifarious engagements with the question of how new media forms have shaped modern communication, and also how the different media themselves transform our experience, shape our perceptual capacities and faculties, and reconfigure embodied experience in relation to both private and public spaces. Consider Benjamin’s account of the impact of printing on oral culture and storytelling, in particular, its role in the social disintegration of community and the shift to an individualist social structure. In this way, print technology shaped the very constitution of modern lives, ushering in our epoch, in which visual communication predominates. Kang also shows how such observations anticipated the analyses of later media theorists such as Marshall McLuhan and Jean Baudrillard.

Benjamin is probably best known for his highly influential essay The Work of Art in an Age of Mechanical Reproduction (1936). Here he expounded the theory that what sets apart works of art is their ‘aura’ – which is precisely what cannot be captured in any reproduction. While an original artwork possesses a unique existence immersed in and arising from tradition and ritual and conditioned by a magical authenticity and authority, the age of mechanical reproduction demolished these conditions. The sense of art images and objects as unique and permanent was replaced by a sense of their transitoriness and reproducibility. According to Benjamin, this shift in perception reflects a significant change in the consciousness of the masses.

Kang points out that for Benjamin, the media’s possibilities are always political in character. However, in contrast to other members of the ‘Frankfurt School’ of Critical Theory, Benjamin saw opportunities for political rebellion within the media’s mechanisms of ideological propagation. The work of art can be emancipated from the trappings of tradition. So although the decline of individualised art is greeted with a sense of loss, Benjamin also sees liberating possibilities in mechanical reproduction. The shift to reproducibility contains the promise of bringing the very apparatus of communication technology closer to people, both spatially and humanly, so that media users can be transformed from consumers or suppliers into engineers, ‘re-functioning’ communications technology for progressive political ends. 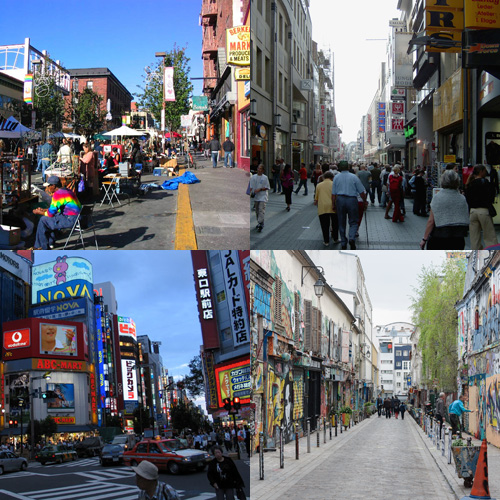 Like Benjamin’s, Kang’s breadth of reference is extraordinary. This may make this book less accessible to the Critical Theory novice, but it enriches it for readers already familiar with the Frankfurt School’s main theorists and its detractors. At every step Kang points out Benjamin’s distinctive contributions to understanding the human impact of media, revealing how he influenced more recent media theorists, or how his work represented a dissenting viewpoint vis-a-vis his well-known peers. Kang also details the influences of a whole array of artists – Baudelaire, Brecht, Kafka, Leskov, and Proust – on Benjamin’s thought.

Although dense, this book is expertly organized according to four key themes: the crisis of communication; mediated storytelling; technological reproducibility, and the media city. And in his conclusion Kang draws out the further theoretical implications of Benjamin’s media critique by comparing it with the central doctrine of the Frankfurt School. For the Frankfurt School’s key members, especially Horkheimer and Adorno, ‘the culture industry’ attains political precedence through its power to induce compliance with dominant social relations: we are cemented into the status quo via mass media and commodity culture. So ubiquitous is the manipulation and control exerted by the culture industry that the communication of authentic experience – that is, experience that hasn’t already been influenced by, or isn’t interpreted through, the mass media – is rendered impossible. The dominant class imposes capitalist culture and mass media as its means of achieving total control of society. The entirety of the cultural arena has been reified, or objectified, such that society is falsely understood to be a monolithic totality.

However, for Kang, this theory is too abstract and unitary to be fruitfully applied to an analysis of media culture, primarily because it pictures the media as no more than a tool of ideological domination. Their reductionist vision of the media led the Frankfurt School theorists to overlook the subversive dimensions of popular culture, and also induced a failure “to grasp the complex material aspects of modern society that are interwoven with various modes of communication technology” (p. 204). This lurches towards obscurity, but, in essence, I think Kang is saying here that Benjamin emphasised not just the content but also the technological and social forms in the manipulation of the masses and dissemination of capitalist ideas. By ‘form’, Benjamin meant not just the stylistic conventions of a work of art, but the material mechanisms of production, distribution and consumption.

Walter Benjamin and the Media is a masterful overview of Benjamin’s biography, career, and work, in its historical context, as well as his influences, ideas and unique contributions to Critical Theory. It shows how Benjamin was able to strike a balance between hailing the revolutionary possibilities of new media and warning of their totalitarian dangers.

Terri Murray is a graduate of New York University’s Film School. She has taught Film Studies at Hampstead College of Fine Arts & Humanities in London since 2002, and is author of Feminist Film Studies (2007).

The Sex Code by Francis Bennion