Morality, it is often said, is a private affair. But in some ways, it’s also an extremely public one. That is, that without a moral consensus of some kind among the general population, our social policies become very difficult to rationalize, or to sell, to them. Back in the heyday of liberal progressives such as John Dewey, people talked about there being a ‘Judeo-Christian consensus’ – a minimal set of moral precepts acceptable to all good people around which our public policies could be shaped to the satisfaction of every good citizen.

Nice idea. It just didn’t work for very long. For it turns out that once a democracy has a group more diverse than, say, Protestants, Catholics, the Orthodox, the Jews and a few agnostics and atheists thrown in, consensus is much harder to find. Today’s liberal democrats are faced with a much broader kind of multiculturalism and with many new types of ideology, and making everyone happy is harder and harder to achieve. We still need a moral perspective from which to guide our public policy making, and we still would like to see everybody’s values honoured in our democracies, but we don’t want to have to impose somebody’s particular morality in order to do it. Yet we find that all moralities are particular.

‘Incommensurable’ is a word philosophers and sociologists use for ways of thinking or ideas that cannot be made compatible. To say that moralities from different cultures and ideologies are incommensurable is to say that they are incompatible in such a way that not all sides can win. So some sectors of the population will always lose in public decisions.

At present, the favoured way to respond to this fact is through some sort of formalism that relies on the validity of the decision-making process itself. From the pragmatism of Joseph Margolis and John Gray, to the proceduralism of John Rawls and Jürgen Habermas, a variety of political philosophers advocate replacing particular values with general decision-making procedures they hold to be neutral, universal, rational, or just practical. Meanwhile, the real-world policy-makers tend to rely on some set of values they perceive to be neutral – some values that almost everyone agrees are good.

This is where empathy comes in. Today empathy is being advocated as an ideologically neutral value (or alternatively, universal good) around which we can organize public life. It is hoped that if somehow everyone can be taught to ‘feel for’ everyone else, then perhaps some sort of consensus about what is right, good, or practical can still appear within multicultural democratic states; and out of that we can perhaps guide public policy, moral education, social justice, or whatever other common concerns may appear. At the very least, learning to have empathy will make people good, and that is likely to prove helpful, at the very least. 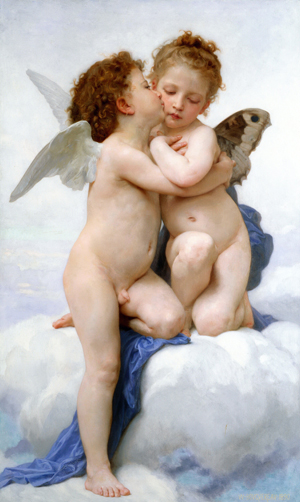 Really? Well, if we’re going to try it, we’d best get a solid understanding of what empathy actually is. And this is where this book comes in. In Empathy and Morality (2014), Heidi Maibom has compiled a set of significant papers on the subject. Although it is somewhat academic, the book’s contents will still be of great interest to anyone keen to get a grip on the basic issues associated with the social shift toward empathy.

Maibom’s introductory essay is titled ‘(Almost) Everything You Wanted to Know About Empathy’. Although the collection is not quite that, it is twelve substantial critical treatments of the subject, ranging from the philosophical to the psychological, sociological and anthropological, from neuroscience to animal behaviourism, and from criminology to autism and moral developmentalism. It’s a well-rounded collection, containing essays supportive of the revival in moral emotivism (which holds that our moral responses are merely emotional responses, and for which ethical view empathy might be considered particularily relevant), and those whose notes are more cautionary. In all, it’s a nice overview of the field of current ethical academic debate over empathy.

Of particular interest to me is Daniel Batson’s important article on the essential unrelatedness of empathy to morality. This hits the key issue right away. His skepticism is softened by a couple of more credulous responses from emotivist philosophers, and then critically deepened by progressively more searching essays from other philosophy-related fields.

Although Maibom has assembled a balanced collection for us, I would have to say that ultimately we would be wise to reserve enthusiasm about looking to empathy to guide moral judgments or shape public policy. The thoughts in this book seem to imply that our aspiration to consolidate democratic, multicultural life around a lone value such as empathy should be tempered by an awareness of the dangers of trusting a single concept to do too much. Empathy, however nice it may appear as a personal value, is likely to prove perfidious when applied on a larger scale, where it might be easily abused.

How could empathy be bad? Isn’t it always good to teach people how to feel more deeply for each other? It would seem not. For while it is true that empathy is involved in much of our routine moral reflection, we have good reason to doubt that on its own it automatically leads to wise moral choices. It can be suppressed through social conditioning, or warped, reinterpreted and redistributed unjustly as a result of cultural influence. It is often misunderstood, or mistaken for mind-sets such as pity, sympathy, altruism, or mercy, each of which carries different baggage. It can become misguided, as in the case of people who write prison love-letters to serial killers. It can become self-pitying and egocentric, demanding that others focus on one’s own distress rather than that one focus on the distress of others, and thus induce withdrawal from others instead of association with them. It can paralyze, as well as empower, helpful action. Moreover, one’s capacity for it is dependent on one’s personal, physiological, and social development. There are people who have almost no natural capacity to experience empathy, but who can learn to behave sociably anyway. And then there’s its sinister side. Empathy can undermine justice, fairness and good judgment, as when it leads to pardoning or excusing antisocial actions, or evils of various kinds. It can also enable malevolent persons to intuit others’ vulnerabilities, and thus to harm them in increasingly subtle and effective ways.

Overall, the reader of this book is left in a position of doubt rather than hope concerning the moral use of empathy. We may easily expect too much of the empathetic impulse, it seems, and the aspiration to shape our society around empathy-driven morality is fraught with possible dangers. It simply is not an unproblematic concept around which to easily orient moral reflection.

Given the essays she has assembled for us, this also seems to be Maibom’s conclusion. The discerning reader will have to judge. What is certain is that there is ample food for reflection in this volume, and a great opportunity to survey the field in a single glance. For those embarking on a first consideration of social justice, virtue ethics, moral education, or policy studies, this is a tome worth having on your shelf; and for present-day enthusiasts of empathy-based ethics, it provides many occasions for sober second thought.