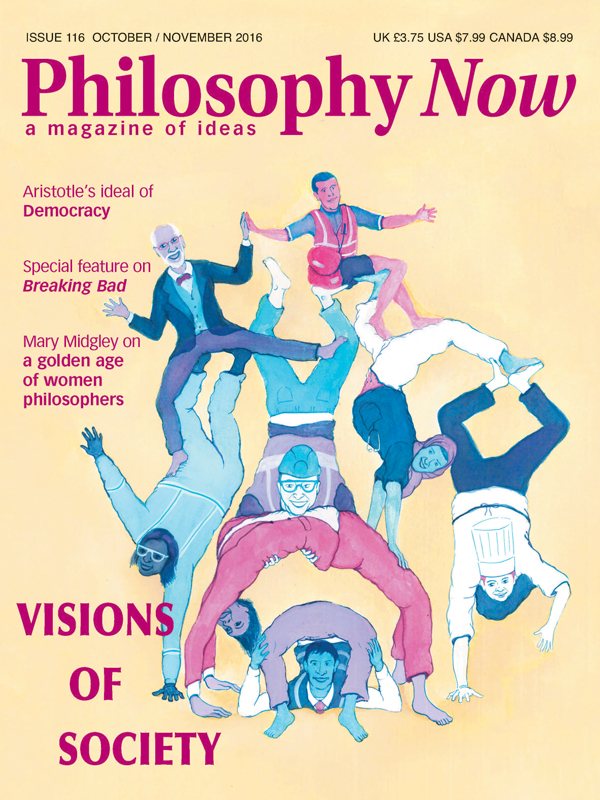 by Grant Bartley and Rick Lewis

The Social Contract: A License to Steal

Stephen Faison cross-examines the idea of a social contract.

Lorenzo Capitani is in favour of government through knowledge not ignorance.

Is An Ageing Population Our Natural Fate?

What Would Georges Bataille Do?

Alexandra Tzirkoti reckons he might have made a great agony uncle.

Could There Be A Solution To The Trolley Problem?

Omid Panahi finds that finding a solution is not the problem.

Will We Ever Philosophise With E.T.?

Mary Midgley remembers a golden age of female philosophy, and argues that it holds lessons for today.

Alistair MacFarlane laments the profound disappointment of a master of logic.

Stanley Fish is an American literary theorist, legal scholar, and public intellectual. Scott Parker asks him about a particular kind of community.

Seán Moran feels a warm glow on the streets of Dublin.

On The Meaning(s) Of Life

Daniel Tutt learns the art of winning an aesthetic war.