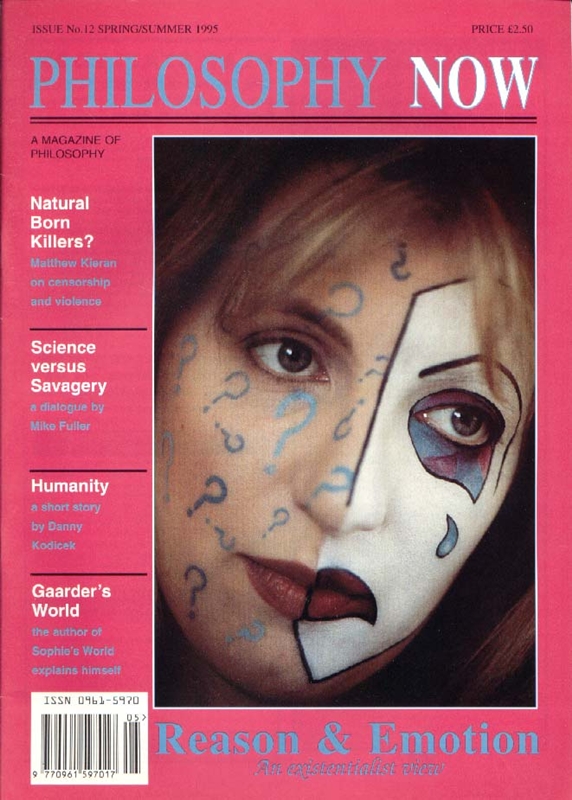 Confessions of an Editor

Jonathan Gorman thanks God for the ideal of tolerance.

The Scientist and the Savage

A dialogue by Mike Fuller.

Matthew Kieran wants the censors to make his day.

Wronging the Ignorant and the Dumb

Tony Skillen on the mistreatment of animals and humans.

The Real God: A Response to Anthony Freeman’s God in Us

Gordon Giles reviews Bishop Richard Harries’ reply to the book that got Anthony Freeman sacked from his vicarage.

A short story by Danny Kodicek.