Naturalists begin with the fundamental truth that humans are a primate species, and so part of nature, which means we should respect natural environments and other species. In Ecological Ethics Patrick Curry explores different moral theories from a naturalist standpoint: anthropocentric, ecocentric, biocentric, feminist, pluralist, pragmatist, and political. He begins with a chapter on ‘The Earth in Crisis’, which crisis is due to the interconnected phenomena of global warming, overpopulation, and species extinction. Today we are slaughtering so many species that, Richard Leakey argued, we are now in the midst of our planet’s sixth mass extinction epoch – and the first to have been caused by human beings.

Peter Singer contended in The Expanding Circle (1981) that “Neither evolutionary theory nor science can provide the ultimate premises of ethics” (p.84). This is because Singer follows David Hume in believing that statements about what ought to be done cannot be logically inferred solely from statements about what is the case. Yet evolutionary science and ethics are frequently connected in everyday conversations. Indeed, in ‘The Earth in Crisis’, Curry’s arguments for an ecological ethic repeatedly connect facts and values. For instance, we have learned from experience that the way nature conjoins numerous species in sustainable ecosystems (fact) is much to be desired (value). Or man’s domination of nature is environmentally destructive (fact) and to be avoided (value). Such connections between values and facts are commonplaces both of naturalist theory and evolutionary science. For instance, in The Descent of Man (1871), Charles Darwin wrote that “any animal endowed with well-marked social instincts would inevitably acquire a moral sense or conscience, as soon as its intellectual powers become nearly as well developed as in man.” (p.71 ff). This hypothesis has been confirmed by research on moral behaviour in other species, as reported by Petr Kropotkin, Robert Trivers, Frans De Waal, Jane Goodall, and others. So both facts and values are part of history, natural and human, and they cannot be avoided in discussing the future of humanity on the planet.

Curry’s discussion starts with ‘light green anthropocentric ethics’. This includes a critique of Garret Hardin’s error-ridden claim that economies which hold resources in common fail because they are not regulated, for which Hardin proposed free market economics as a solution. But his premise was wrong, for, as Nobel Prize-winning economist Elizabeth Ostrom has shown, real world commons-based economies, both medieval and modern, did and do effectively control their memberships while managing resources held in common that included arable fields, cattle and fish. Commons management is a key element of any practical ecological ethic. Ecocentrism, Curry adds, also respects animal welfare. We should not drive species to extinction: instead we should promote animals’ wellbeing and prevent their suffering. (Forget their ‘rights’, for rights are a recent human construct.)

In an early chapter on value, Curry notes the serious, if rarely mentioned, problem of the rise of economism, which is the reduction of all historical and social realities to economics (p.29). Economism dismisses nature as a mere ‘externality’. The economism, ‘growth mania’ and private property values of industrial capitalist society legitimize modern man’s destructive domination of nature. But in historical fact it is only in the last two hundred and fifty years or so that economics has come to dominate society. Politics, religion, and other social aspects were more important for most of human history than labour, trade, or making money. 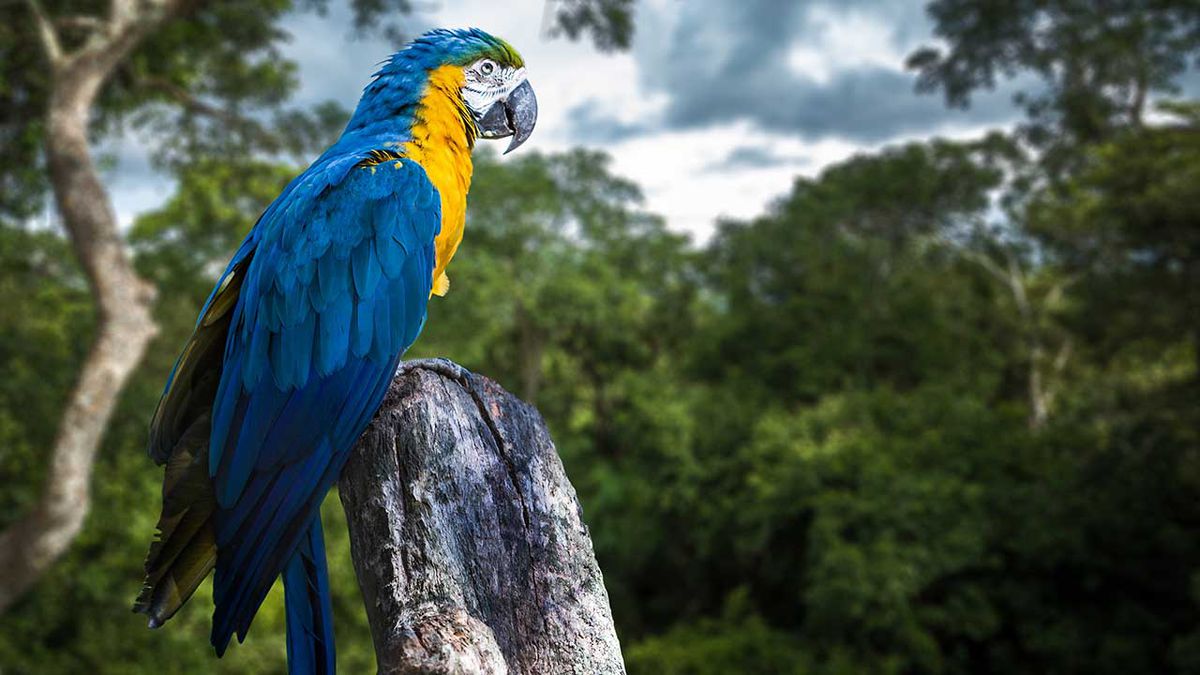 From introducing ecocentric ethics, Curry goes on to discuss biocentrism, which holds that humans are not superior to other species (p.61). In this context he cites Aldo Leopold’s land ethic, James Lovelock’s Gaia thesis that the Earth is a self-regulating organism, and Arne Naess’ ecological ethics. They are all examples of ‘Deep Green’ ecocentric ethics, which not only enjoin respect for other species, but champion nature in conflicts between human interests and the interests of non-human nature. Curry contends that we sometimes must favour nature and bioecological communities over humans, for instance to prevent species extinctions and protect disappearing habitats (p.63).

Deep Green biocentric ethics suggests that nature is the source and centre of value. Curry believes that it rests on the claim that “the ecological community is identical with the ethical community” (p.81). Conventional moral theory is human-centric. Curry calls this “human chauvinism” (p.81) and shifts the burden of proof of ethical right to those who threaten to destroy ecosystems and kill off other species. He argues that we should by default favour those who seek to preserve species and their habitats. So we must respect and maintain biodiversity, both locally and across the planet. To that end, he adds, a significant decrease in the human population is desirable (p.80). Indeed overpopulation, global warming, and species extinctions are interconnected problems, that imperil not only civilization, but also Homo sapiens, and many other species, too.

Curry then introduces ‘left biocentrism’, which is based on the undeniable truth that “the Earth belongs to no one” (p.86). A biocentric ethic rests on the principle that “the ecosphere is the centre of value for humanity” (p.90). So nature not only has value in itself; it is the source of all values. This ethic calls for an ecological common good that includes other species and their habitats as well as Homo sapiens (p.89). As Curry notes, this was a central claim of the 2004 Earth Manifesto, which called for respect for the community of life, biodiversity, ecosystem integrity, social and economic justice, women’s rights, democracy, non-violence, and peace. Indeed we need to connect biocentric naturalism and democratic theory, for, as Curry writes, “A truly sustainable society requires social and political structures that connect social and ecological justice.” (p.91) Those structures mist “encourage good ecological practices and punish environmentally destructive behaviours.” (p.84).

Ecocentric ethics, Curry argues, is close to virtue and consequentialist ethics as well as the feminist ethic of care, but opposes abstract notions of duty and utility (p.114). It should support biodiversity and so preserve the planet’s “evolving inventiveness” (p.91). In order to do so we need to radically reduce the human population, and end our environmentally destructive ways. Women’s calls to control their reproductivity fits well within biocentric critiques of man’s domination of nature (p.95 ff). Feminism together with ecocentric ethics, Curry adds, encourage us to develop a ‘post-secular Ecocentric Spirituality’, whereby we come to treat the Earth, life, and nature itself as sacred. (p.103 ff). Many indigenous peoples, Curry notes, do so already. Deep ecology is compatible with a belief in phenomena greater than humanity; so, he argues, we need to develop a pragmatic, pluralistic view of ecocentric and biocentric ethics, and connect them to Christian, Confucian, Buddhist and other spiritualities.

Our current civilization, and its wasteful, environmentally destructive way of life, is unsustainable, and may lead to social collapse and a new Dark Age in the not too distant future. The only way to prevent that collapse is to radically change our way of life, in accord with deep green ecocentric and biocentric norms. Green citizenship, Curry concludes, is a difficult challenge, one incompatible with economism and growth mania. Mere tinkering is inadequate. Instead, if we are to reduce human populations, cool off the climate, end species extinctions, and create a sustainable civilization, what is urgently needed is radical change. This may require nations to reduce their environmental impact to 1/10th of current levels (p.87). Such calls for social change, I note, combine value preferences with factual predictions of hopefully good results.

In his book Environmental Philosophy: An Introduction (2015), Simon James begins with animal liberation and the claim that sentient and intelligent species should enjoy “moral standing” (p.57 ff), then considers ecocentric and biocentric ethics, values, and aesthetics, and, ends with climate change, whereas Curry ends with overpopulation. But the two cases are connected, for global warming is a major effect of overpopulation, as are species extinctions. This is discussed by James, who argues we must not just limit population growth, we must reduce our numbers to sustainable levels (p.54, p.144 ff).

Both Curry and James lead me to conclude that we must make a difficult choice. We must end our addiction to growth mania and the war against nature on which it rests. We cannot persist in our environmentally destructive lifestyles which have already brought so many other species to extinction. We must change our unsustainable ways. This means not only intellectually accepting a fundamentally naturalist philosophy, but living in accord with its principles. We must begin to treat natural environments and other species as valuable in themselves, and not merely as means to human ends. We need sustainable steady state economic development and the common ownership and management of our shared resources. We need to combine democratic toughness, feminist tenderness, and ‘cunning wisdom’ (p.119). In sum, Curry concludes, we should be “as harmless as doves and as wise as serpents” (p.121).

I couldn’t agree more. And there are signs that change has already begun. Revolutionary change, usually begins with baby steps. We have taken some already. But the time has come not to walk, but to run, fast, to a much different, more sustainable future.

Vincent Di Norcia’s interest in Darwin goes back to his doctoral research. He is finishing a book on philosophy and sustainability, provisionally entitled 3001: Nature, Our Future.

How Can We Eradicate Poverty Whilst Avoiding Environmental Destruction?