When the philosopher Thomas Nagel published his book Mind and Cosmos back in 2012 it was not particularly well received by many of his colleagues. Part of that reaction may have been occasioned by his subtitle, which was, ‘Why the Materialist Neo-Darwinian Conception of Nature is Almost Certainly False’. Many feared that by criticizing materialism and Darwinism, Nagel would automatically reopen the field to theism, which a great many of them seemed quite anxious to prevent at any cost.

A similar kind of anxiety can emerge whenever we get deeply into the philosophy of mind. It immediately precipitates us out of the realm of the securely physical, the stuff of popular science, and into a broader realm inhabited by supposedly spooky entities such as ‘selves’, ‘souls’, ‘values’, ‘volition’, ‘autonomy’, ‘consciousness’, and ‘perceptions’. A materialist might immediately feel as if they’re surrounded by ghosts: we’re no longer sure what anything really is: we cannot get a ‘self’ into a beaker, heat up our ‘values’ with a Bunsen burner, or pinch a ‘volition’ with Vernier callipers. So the tendency is for us to dismiss non-physical concepts outright. To study the brain, well, that’s real science; to speak of all this other stuff, well, that’s some kind of necromancy, or at best, mere metaphysics.

Unfortunately for this reaction, we don’t live long at all without running into these spooky entities. All the time we rationalize, we use concepts, we refer to values, we consult our own volitions, and we routinely speak of ourselves as real selves. Even those who continue to deny the ultimate reality of all such conceptions do so. It seems the non-physicalist philosophers of mind are onto something, then: the fact that we just can’t get a complete picture of human existence by confining our thinking merely to material entities. We need something more. 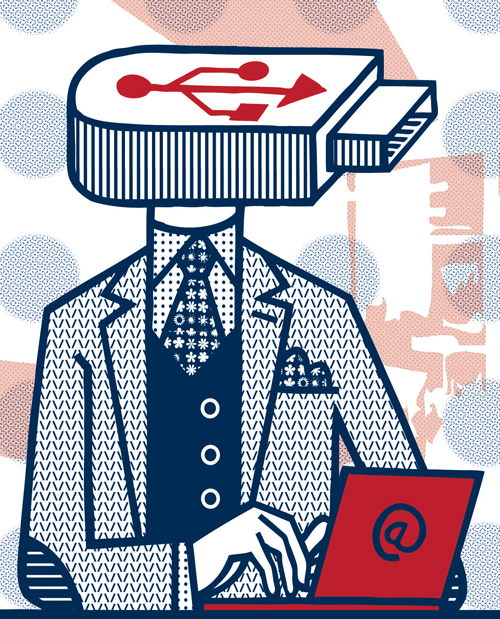 Materialists generally argue that even apparently non-material entities and processes can all be reduced, in the end, to simple physical interactions. The kind of materialist reductionism that infects and inhibits the philosophy of mind at present is of a kind that has been affectionately dubbed ‘nothing-buttery’.

You can detect nothing-buttery all over the place. You will hear in the press or on YouTube that the European Union is ‘nothing but’ closet totalitarianism; or on the other side, that public concerns over border integrity are ‘nothing but’ xenophobia; or that Hillary Clinton is ‘nothing but’ Bill’s cuckold; or that Donald Trump is ‘nothing but’ a new Hitler; that people are ‘nothing but’ the sum of their genetic and cultural background; or that all charity is ‘nothing but’ disguised egotism. Such simple-minded characterizations are the stock-in-trade of the news media, but one might hope that thoughtful types such as philosophers and scientists would not be so easily misdirected. However, in a few cases, they have proved little more skeptical about this abuse of language than the general public. Perhaps nowhere is this more evident than in the philosophy of mind. There, discussions over the nature of mental activities have often followed a text dictated by neurocentrism. Neurocentrism is a materialist dogma that says that the human mind and everything that exists in relation to it must ultimately be explained in ‘nothing but’ material terms. The mind? It’s ‘nothing but’ the brain, we are told. A thought? It’s ‘nothing but’ electricity. The self? ‘Nothing but’ an illusion accidentally generated by neural activity… and so on. The conclusion of this discourse is instantly assumed: the mind and its contents are bound, at the end of the day, to turn out to be completely describable in terms of the material features of the brain itself. You are your brain.

“No, I am not!” responds University of Bonn philosopher Markus Gabriel – and neither, by implication, is anyone else. In I Am Not A Brain (2017) Gabriel rejects neurocentrism, and sketches out what he calls ‘a philosophy of mind for the twenty-first century’.

First, we must dispense with our illusions. What invites us to the neurocentric view, he says, is the fact that there is a scientifically undeniable coordination between the material features of the human brain and the mental stuff it produces. For example, we know that certain patterns of mental attention will induce predictable electrical patterns in the cranium, or that perceptions of reality can be altered through the ingestion of chemicals. This argues for some high degree of coordination between the activity of the materials from which the brain is composed and our various mental phenomena. Yet we must also recall that correspondence is not causation: or, as Gabriel says, that the activity of the brain stuff may be merely a necessary but not sufficient condition for the production of the mind stuff.

Gabriel insists that this last postulate has not been taken seriously enough yet. The result is evident: our explanations for the human mind are badly afflicted with materialistic nothing-buttery. It may be theoretically satisfying for some people to believe that, say, their own intellect is nothing but a neurochemical crapshoot; but which one of us would feel satisfied to hear (or to offer) a profession of love that ran something like “Honey, I really hormone you”? Hormones may indeed be involved in what we call ‘love’; but to take them as the sum total of human affection is surely obviously too reductionist. It is the same with the mind and the brain.

Toward this end of the book, Gabriel talks about four major mind phenomena in which the holes in neurocentrism are most painfully obvious: consciousness, self-consciousness, the self, and freedom.

Freedom is particularly interesting to Gabriel. One very unsavoury implication of neurocentrism is the idea that human decisions are ‘nothing but’ the deterministic products of physical activities in the brain. As such, our thoughts and actions are not expressions of a real self who is making actual choices, or of any autonomous entity preferring or selecting among options, but only the inevitable end of a complex chain of material causes and effects that in principle stretch back to the dawn of time. So neurocentrism, if true, would eliminate from the universe not just freedom, but identity, rationality, values, and all such related manifestations of what many philosophers would regard as essential features of personhood. It would ultimately describe us as nothing but material accidents.

As he picks among the four major topics of his concern, Gabriel intersperses entertaining subtopics, such as ‘Is the self a USB stick?’, ‘Are faith, hope and love just illusions?’, and ‘What is altruism?’ There is a lot of good philosophical investigation here, and he’s well worth the read.

One mildly irritating feature of Gabriel’s writing is his propensity for dropping fairly irrelevant opinions into his text, and without justifying them. For instance, he tells us we all ‘must know’ that Brexit and Trump are bad, gender theory is flawed (but maybe can be salvaged), climate change is man-made, and there is no afterlife. He also ends up taking certain of his own essential key concepts concerning the present discussion for granted – in particular, his conceptions of justice and morality, which he really does nothing to intellectually ground. In fact, Gabriel appears entirely uninterested in the question of how morality might be legitimately grounded.

Those are significant oversights. However, Gabriel’s thesis, as his title suggests, is essentially negative. He is not so much telling us what the right way to view the self, or consciousness, or values might be, as he is making the case that a materialist, neo-Darwinist, neurocentric view of human beings is not going to provide us with all the answers in relation to the mind. He is more skilled at negating neurocentrism than at establishing exactly what the right alternative to it might be. There are, he insists, glaring holes in any such accounts; and, like Nagel before him, he is more eager to point them out than to supply the means to close the gaps. But that’s fair. The science of mind is still in its infancy. While the intense brain-mapping research of recent years has taught us a great deal about the material conditions and correlations of consciousness, it has opened up a vast array of new questions about how it all interacts with the immaterial consciousness. Everybody admits that. However those philosophers and scientists who are called ‘eliminative materialists’ continue to hope that eventually, materials will count for everything.

Gabriel’s book renders that hope faint. In fact, it really argues that it’s a basic category error even to imagine that everything could be expressed in materialist terms. When answers to the mysteries of human consciousness are found, they will have to be located at least in large part beyond the merely material. What that part is, Gabriel doesn’t spell out in any satisfactory way. But if chipping away at a mind-numbing fallacy is a good step toward an answer, then Gabriel has provided us with that.