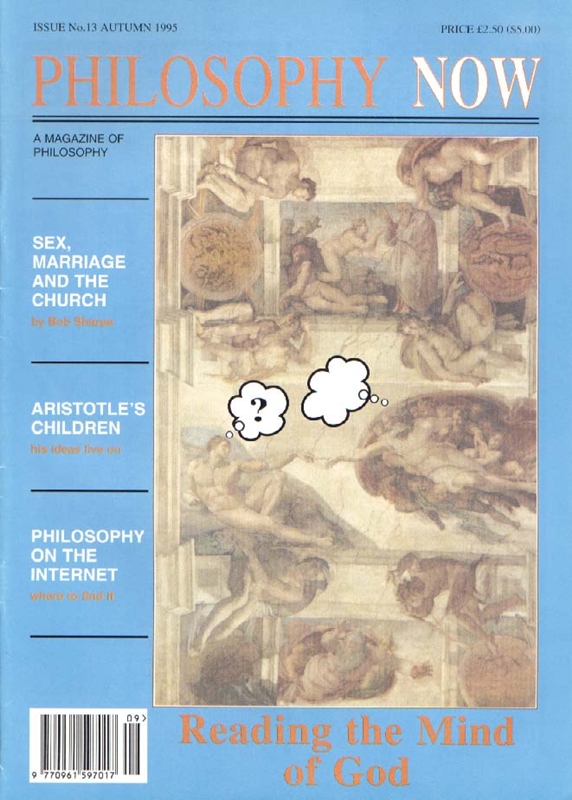 by Peter Williams (after Lewis Carroll’s ‘Through the Looking Glass’)

Mike Fuller on a modern-day follower of Aristotle.

An Introduction to Aristotle Life

Mark Daniels on his life, ideas and place in the history of Western thought.

Marriage: How the Churches Corrupt

John Mann tells you about zillions of places to find philosophy on the Internet.

Reading the Mind of God

Roger Caldwell asks why we are all here.

The Map of Philosophy

Richard Kearney talks to Martha Nussbaum about her life and work.

Ralph Blumenau reviews Animals and Why They Matter by Mary Midgley.

Driving the Ghost from the Machine

Alan Brody reviews The Metaphysics of Mind by Anthony Kenny.

Jerry Goodenough reviews a book for beginners by Brenda Almond.

Abdelkader Aoudjit reviews a book of essays by Martha Nussbaum.

Why did the chicken cross the road?