“War is delightful to those who have no experience of it.”
Erasmus

The horror of war and its ever-increasing lethality are common knowledge, so I turn to A.C. Grayling’s War: An Enquiry (2018) with expectations of more than clichés and trite observations. What I find is a characteristically lucid and concise exposition on war’s many facets. But to say that the exposition is lucid and concise is not to say that the book abounds in blinding epiphanies or starkly novel insights. This would not seem to be Grayling’s fault, but rather a symptom of his purpose. Grayling’s goal here is contributing to an understanding of war’s nature and dimensions in a way that might reduce its frequency. 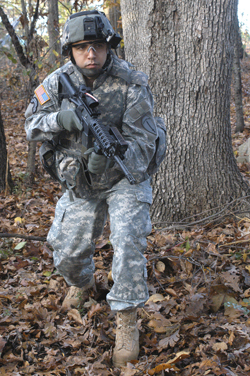 Anybody interested in the nature of war, especially its prevention, wrestles with the question of the degree to which humans are bound to go to war. That war is simply part of human nature is all too often the default assumption. But, as Grayling sees it, war is not a genetically encoded part of human nature. He argues this from two considerations. First, as self-congratulatory as our era can be about our net reduction in violence, war entered history a mere ten thousand years ago with settlement and agriculture. If war were a genetically encoded behaviour, it would be much older than that. Yet there is a dearth of archaeological evidence for earlier warfare. And indeed, primitive warfare between tribes or bands can take the form merely of “posturing and hurling of insults rather than weapons, both sides keeping their distance and being reluctant to make close contact” (p.14). With civilization however, increasingly ugly forms of war followed, so that, by the time of the Caesars, courtesies of war, such as clemency to those who submit and the keeping of promises, were confined to when dangers were over. Second, as Grayling argues, “if fighting and war are genetically determined, they would be observably rational and productive from the point of view of the species and its members’ reproductive chances. It is not clear that they are either of these things always or even most of the time” (pp.134-5). Furthermore, generally, the degree to which we subscribe to genetic determinism in human behaviour is the degree to which we deny the possibility of cultural evolution. And yet cultural evolution is clearly a fact of history: our behavior has radically changed over the past few millenia, society generally becoming less violent through the introduction of law, etc. This also gives reasonable indication that war is credibly not part of human nature, but a product of culture.

In point of fact, “war seems to be far more a matter of how we arrange ourselves politically than it is an outcome of human nature” (p.230). The causes of war, as Grayling sees it, are “the divisions and differences between self-identified groups with interests opposed to or by other such groups” (p.160). Accordingly, war requires enough social organization and structure to render such divisions and differences material. Understood this way, war is an artefact of the political, economic, and cultural arrangements that evolved when settled societies began to emerge about ten thousand years ago. So war is a product of civilization!

The silver lining to this counterintuitive insight is that civilization is capable of ridding itself of war, much as it has rid itself of smallpox – a capability it is “absolutely and existentially necessary” to fulfill. That bad people exist is what makes it necessary for countries to be prepared for defense; but Grayling argues that “war as an instrument of anything but defence is totally, completely, humanly, morally unacceptable” (p.234). It is also imperative that we grasp that the application of principle in considerations of war is just as urgent as is tackling war itself. Medieval philosophers such as Thomas Aquinas developed a set of criteria for when it was justified to go to war. But a facile application of this traditional just war theory to new circumstances and dangers is inadequate at best, and downright misleading at worst. To be sure, “just war theory appears to raise more questions than it answers, though at the same time it offers a framework in which these very necessary questions demand to be asked. Because of the insufficiency of the traditional terms of reference of the theory, which are primarily moral, a different and more formalized approach capturing the moral considerations is on offer, in the form of international humanitarian law” (p.204). Grayling is confident that organizations such as the United Nations, while far from perfect, “have indeed limited the amount of conflict that might otherwise have occurred had they and their efforts not existed” (p.234). But he is hardly woolly-eyed about the track records of the organizations tasked with administering international law. Not only are there challenges involved in bringing individuals and states to tribunals such as the International Criminal Court, the perceived unfairness in their proceedings further weakens them. Grayling sees the chief contemporary challenge to be the appropriate handling by conventional military forces of asymmetrical warfare such as the guerilla warfare we’ve seen in Afghanistan. It hardly helps matters that asymmetric warfare abounds with perhaps even more war crimes and human rights abuses than previous styles of war.

A discernible pattern so far this century is that conflict is a “chronic rather than an acute condition.” This is evidenced by the wars in Afghanistan and the Middle East each lasting longer than the First and Second World Wars combined. More sophisticated military technologies only complicate reflections on war, and humanitarian law finds it difficult to keep up. In the meantime, an omnipresent dependence on computers in military activity ensures the inevitability of cyberwarfare for the foreseeable future. Yet as much as there has been development of computer analysis of battlefield situations and decisions, such technology remains dangerously devoid of “the quality of evaluation that, in human beings, turns on affective considerations” (p.223) – meaning for instance, the shame and guilt a human might feel at killing civilians. Significant accountability problems would ensue were lethal autonomous weapons to go haywire [see Terminator for details, Ed.].

It will be a tremendous advance when war is something we only know from history. An ending of the nation state and “associated nationalism as a sentiment” would be a good start, as this would certainly be conducive to “integration, mutual linkages of a practical and beneficial kind, and the elimination of boundaries between interests” (p.160). Realistically, we must reconcile ourselves to the fact that our investment in the machinery of war ranks as one of war’s primary causes.

Whether war is part of human nature or not, it is important to note that, as much as aggression may be a feeling in a person, it is a choice in a country. Grayling calls for the deinstitutionalization of war by ceasing to romanticize it, and instead have the media employ an ‘aversion therapy of truth’ by broadcasting war’s carnage. Currently, media reporting on wars is too sanitized. Grayling’s considered view is that “The work of ending war… takes, and will continue to demand, even more resolution, courage and determination than going to war takes… It is where the real heroism of the human species will be displayed” (p.235).

Chad Trainer is an independent scholar engaged in a study of the history of philosophy.

Al Qaeda and ISIS: From Revolution to Apocalypse

Operation Rebirth: Captain America and the Ethics of Enhancement

Humanism on the Front Line