Joe Biehl argues that we have excellent reasons to believe in Santa.

A growing chorus of people to whom I will refer, if solely for the sake of convenience, as ‘Grinches’, proclaim the sad tidings: Santa does not exist. Furthermore, they say to encourage the belief that he does exist amounts to lying, and is therefore wrong. This is becoming a depressingly regular feature of the festive season; Each year brings with it some new article or opinion piece mirthlessly insisting on the moral culpability of parents who abuse the trust of their all-too-suggestible children. I would like to believe that these Grinches’ efforts go mostly unheeded, but we live in somewhat uncertain times, at least as far as our relationship to truth is concerned, so taking countermeasures against this misguided moral war against Santa seems prudent.

There are indeed important ethical ramifications to believing in Santa, but they are not what the Grinches suppose. The ethics of belief calls on us not to renounce Santa, but to become his faithful helpers. 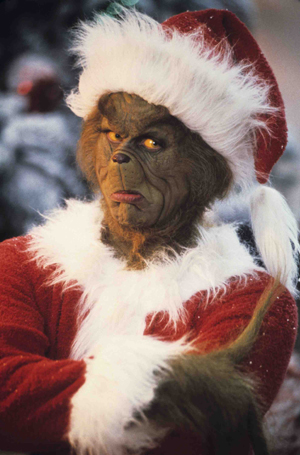 Grinch
Image from How the Grinch Stole Christmas © Universal Pictures 2000

The Grinch’s argument is a simple one, resting on two seemingly straightforward, and, so far as the Grinches are concerned, unassailable claims. The first and more pivotal concerns truth; namely that truth is the norm of belief. Truth is said to be the standard that guides believing, and so a belief is correct if and only if it is true. The second, and related, claim, is that a lie is the result of a person asserting what they believe to be false with the intent to mislead and manipulate their audience into believing it to be true. As such, lying is wrong; if not always then very often. Given that there is no Santa (or so the Grinches insist), to tell children that he exists with the intent of having them believe that he does, is therefore to lie. Given that lying is wrong, perpetuating the ‘Santa myth’ is wrong. Q.E.D.

And yet many of us persist in telling children about Santa. Are we immoral to do so? Of course not, and it is philosophically interesting to see why.

One explanation that readily suggests itself is that the Santa case involves the sort of lie that isn’t wrong: it’s just a harmless fib, or a bit of make-believe that’s all in good fun. This take is bolstered by the fact that there seem to be very few people who harbor any resentment that their parents indulged their belief in Santa, in contrast with how we normally react when we realize that someone has intentionally deceived us, which is with feelings of betrayal and anger. Far from responding with bitterness, kids who outgrow their belief in Santa often become allies with parents in perpetuating the belief among younger siblings and other children. Tellingly, the prevailing sentiment is that in this case it is those who actively attempt to shatter illusions and shine the brilliant light of truth that are in the wrong, not those that joyously keep the lore alive.

These are important pieces to my puzzle, but I will resist inferring from them the conclusion that the Santa story is a special sort of permissible lie. These features of our behavior suggest something much more interesting is going on, and to begin to recognize it we need to set aside the thought that we are dealing with a lie. On the contrary, my belief in Santa is certainly true. What obscures this is the philosophically respectable-sounding but ultimately empty claim that truth is ‘the norm of belief’.

We do well to be skeptical of any proposed standard that cannot, in principle, be specified. But what, exactly, is the nature of the truth that is to guide our belief? Is it correspondence to reality? Is it membership in a maximally coherent set of beliefs? Is it to be particularly useful for the purposes of action? Or perhaps one of the many other analyses of the property ‘true’ that philosophers have proposed? Depending on the answer given here, the set of possible beliefs which count as true might well be different. We shall never know which, however, since these are questions that lie beyond the limits of logical inquiry. Consider this. To establish the truth about truth requires a sound argument: not just logically valid, but also with true premises. This means that a sound argument about truth requires that both its premises and conclusion be true. But how can you know that they’re true unless you’ve already established what truth is? In every attempt to define truth “one goes round in a circle,” as the logician Gottlob Frege observed, concluding that “it is probable that the content of the word ‘true’ is unique and indefinable” (‘The Thought’, p.291, Mind, July 1956).

An inscrutable guide is no guide at all. Little wonder then that we find our paths diverging as we go about piecing together our views on reality. But being unsurprising doesn’t make it any less frustrating. The thought that our beliefs should conform to the way things are independently of those beliefs is as intuitive as it is comforting. Confirming conformity to such a standard, however, would require the impossible: an independent comparison between our beliefs and the reality which they purport to be about.

But the impossibility of truth as a functional standard for belief is not its most objectionable feature. Asserting that truth is the norm of belief implies that the truth is out there, existing independently of our belief. While this inference is plausible when thinking about silver and gold, whiskey and wine, and the presents under the tree, for vast stretches of our realities it isn’t plausible at all. The parts I have in mind here are those parts that matter most to us and imbue our lives with meaning – the parts that provide us with reasons for putting the presents under the tree. These parts of our realities include our plans and aspirations, moral principles, and ethical convictions; and along with their sources – that is, our friendships, loves, and relationships of various kinds – they exist and are sustained precisely because we believe in them.

Consider, for example, what many profess to be the ethical core of the American political experiment, contained in this passage from the Declaration of Independence: “We hold these truths to be self-evident, that all men are created equal, that they are endowed by their Creator with certain unalienable Rights, that among these are Life, Liberty and the pursuit of Happiness.” However, when approached from the perspective that insists on truth as the independent standard of belief, one might invoke Jeremy Bentham’s famous dismissal of ‘natural rights’ as ‘rhetorical nonsense – nonsense upon stilts’. We could say that to believe that people naturally possess some property that permits them to behave in certain ways while prohibiting others from interfering, is to indulge in magical thinking. Nor is that other ‘self-evident’ truth about all people being created equal any less benighted.

However, to view these claims through the prism of the truth-norm is to tragically distort their meaning. Rather, the purpose of insisting that we possess an inviolable nature that empowers us to live autonomously while demanding we be respected by others is to achieve a world where this is so. By spreading belief in the universal and equal distribution of certain rights we generate the norms that require people being treated accordingly. And as recognition of these norms grows, so too do expectations of conformity and the political will to found institutions whose function is to ensure it. But should sufficient numbers of people disregard these norms, members of such a society will have lost their natural rights. To have your rights violated routinely and with impunity is to have no rights at all. So the question isn’t whether we really have natural rights, but whether we are the kind of society that is committed to honoring them. This is a question that turns on what, as a society, we value, and on what kind of people we take ourselves to be and who want to become. It is not a matter to be decided by trying to divine what is true. 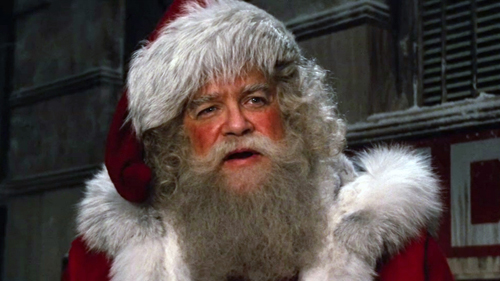 What can be said about natural rights can be said about any of the normative features of our lives, and so, surely, about Santa Claus; To acknowledge their reality is not to indulge in frivolous make-believe, but rather to partake in the essential human practice of belief-making. So the reality of Santa is not to be found by taking a journey to the North Pole, but by venturing into the interconnected experience generated by the hearts and minds of believers. We have brought Santa to life not to deceive, but to delight: to make children happy and to fill their hearts with joy, which happens as they find meaning and value in inhabiting a shared reality that far exceeds their individual lives. Santa-believing parents want their children to feel loved and cherished by someone larger than themselves. These intentions aren’t manipulative, they are nourishing, and most children are enriched by them. This, I believe, explains the lack of resentment and why we see children transition from believing in him as a mind-independent being to happily sustaining this mind-dependent wonderland for other children, and eventually their own.

The Grinches, with their fixation on the offense of lying, have lost sight of an essential truth: besides believing with the aim of mirroring a mind-independent world, there is the more profound case of believing with the purpose of making a world fit for human minds to be in. To be sure, this category is not without its own moral risks; but to believe in Santa Claus is to enliven a world where kindness, generosity, and charity are expected. By intentionally creating expectations in others, we thereby assume the obligation of endeavoring to meet them. This is an important and underappreciated dimension to the ethics of belief, which philosophers usually discuss solely in terms of the requirement to believe what is true. But if we fail to make an effort to justify the hopes and dreams that we have licensed among Santa believers, then we’re guilty of normative fraud. To put it bluntly, if we aren’t willing to put our norm-making beliefs into action, then we’re just deluding ourselves and others, and our noble-sounding words are without meaning.

In the case of Santa, the risk of dashed hopes is greatest among the least fortunate. No child should believe that Santa has forgotten them or thinks that they’re undeserving. Therefore, those of us who profess their faith in Santa should pledge to help him fulfill his mission however we can. Santa needs helpers, not deniers. We should be contributing to toy drives, volunteering to answer children’s letters, and doing whatever else we can to help spread the joy of this special season to as many children as possible, especially those who have already tasted too much of life’s miseries. And this surely includes encouraging our own children towards modesty in their petitions to Santa and their expectations of what he might bring. Wise counsel, then, is to be found in the words of The Kinks’ classic Christmas song ‘Father Christmas’, which remind us to:

Real Epistemology, or On Being Your Own Scientist