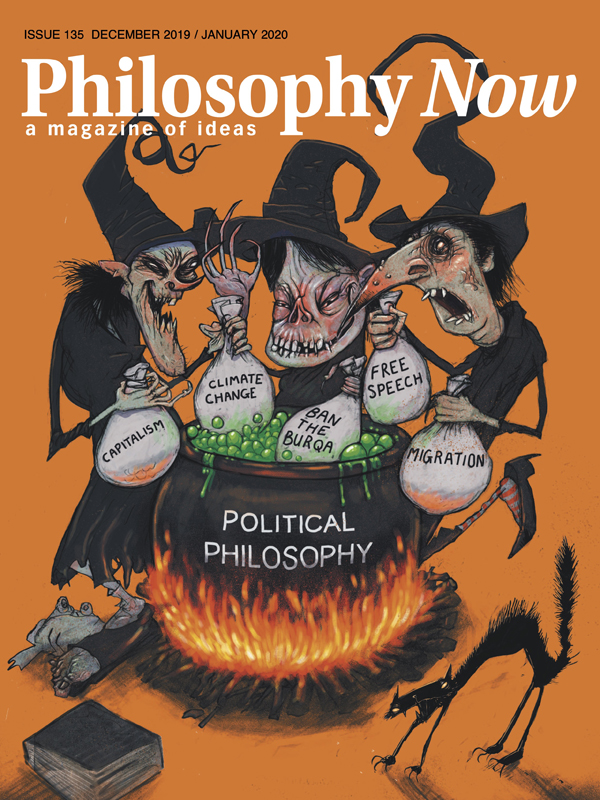 This month’s prizes! • News from the dawn of time • Google to be renamed ‘Skynet’? — News reports by Anja Steinbauer

Should a Liberal State Ban the Burqa?

Brandon Robshaw wonders what the attitude of liberal states should be towards face coverings for women.

The Ethics of Discrimination

Frederik Kaufman asks what is and is not discrimination.

Wendy Lynne Lee says consumerism really is the end of the world.

Michael S. Dauber smuggles in some ideas from the continent.

Stephen Leach considers what Bertrand Russell thought about common sense & reality – and how the one does not necessarily show you the other.

Predrag Slijepcevic questions standard views of intelligence by thinking on an evolutionary scale.

Joe Biehl argues that we have excellent reasons to believe in Santa.

Mark Smith reports on how philosophy is getting competitive in schools.

Brad Rappaport writes an essay on the inventor of the essay.

Who Is The Worst Philosopher?

Michael Ruse is a well known philosopher of biology. He has written extensively on the relationship between science and religion. His latest book is A Meaning to Life (OUP). Seth Hart asked him about it.

Would Machiavelli Vote For Donald Trump?

Am I Dreaming? by James Kingsland

Alex Hooke meets Nietzsche and Sartre… in The Twilight Zone.

Proverbs for Engraving onto Imperial Monuments