A chess player ponders her next move. She reviews the possible threats, the captures, the checks; she tries to foresee how her opponent will respond; she takes account of the fact that she is short of time, and she comes to a decision: she will castle. She raises her hand and moves the appropriate pieces. It is very plausible to say here that she makes the move she makes because of her prior deliberation. If so, some conscious events cause some physical events. She then goes on to win the game. But as she gets to her feet, she stumbles, falls, and bangs her head on the table. She at once feels a sharp pain in her head. Here, it is very plausible to say that her conscious state of pain occurs because she has banged her head. If so, some physical events cause some conscious events. These two causal claims seem no more than the barest common sense.

In Consciousness Matters (2017) Oliver Leech argues that this common sense view is wholly mistaken. His thesis – a version of what is called occasionalism – is that although there may be correlations between types of conscious states and types of physical states, including brain states, there is never a causal connection between them. We never do something because we have decided to do it; and we never think or feel anything because of input from the external world, or because of what is happening in our brains.

This surprising view originated in the writings of Islamic philosophers in the tenth and eleventh centuries, and was taken up by Christian thinkers in the seventeenth century. These earlier forms of occasionalism came with a theological twist: God was the cause of all changes in both the physical world and in our mental states. God maintained the correlations between conscious states and physical events, so that events of one type were reliable signs of events of the other type, even although there was no causal connection between them.

Leech’s occasionalism comes without this theological backing. He defends it by arguing at length that conscious states are non-physical, and then invoking a theory of causation which says that a cause and its effect must be the same sort of thing, and that conscious and physical events are just too different to be thus linked. 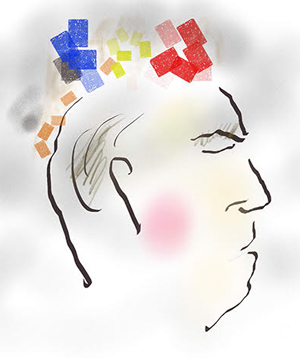 The arguments he adduces in support of the idea that conscious states are non-physical form a very mixed bag, and some of them are less than compelling. For example, speaking of a person’s consciousness of the taste of chillies, he says that “you cannot put it into a test tube, beside a Geiger counter, on scales to be weighed, alongside a ruler” (p.30) – from which he draws the conclusion that consciousness cannot be something physical. No doubt the claims I’ve just quoted are true; but they would be equally true of, say, a person’s specific gravity, without that showing that specific gravity is a non-physical thing. Elsewhere, Leech shows a more sophisticated understanding of matter when he speaks of the claims of quantum mechanics. He believes that obscurities in the current concept of matter tell against the thesis that conscious states are material (materialism) rather than against the thesis that conscious states are non-material. Yet surely any obscurity in the concept of matter leaves both materialism and non-materialism over consciousness obscure.

More controversial than his claim that conscious states are non-physical is the second premise of his argument, that there is no causal connection between conscious states and any physical events. Leech’s main reason for claiming this is that he thinks that because conscious events are non-physical they do not have a position in space; and if they don’t have a position in space they cannot be either the cause or the effect of events that are spatially located. Whether one thinks this is adequate justification will depend on one’s view of what causation is. But it does leave Leech with two problems, one general and one specific.

The general problem is that if physical and conscious states are not causally related, what explains the very high correlation between them? Although correlation is not proof of causality, if we find an extremely extensive and long-lasting correlation between two types of events, we usually seek to explain it in causal terms: either events of each type are linked as cause and effect, or possibly both of them are co-effects of a different common cause. Theological occasionalism solves this problem by claiming that the correlation is maintained by God. But knock God out of the picture as Leech does and we’re left with an apparently inexplicable series of cosmic coincidences.

The more specific problem is that we think of our conscious states not just blandly as causes of some physical states of our brains, but as explainers of our actions. We can make sense of the chess player’s move by saying that it was caused by her realisation that her rook was threatened. If conscious states never cause anything physical, such as human actions, then we’re left without an explanation of why she moved the rook; indeed, we are left with no explanation of a huge swathe of human actions. This in turn threatens to undermine our conception of ourselves as agents: I agonise over what to do only because I think that my thoughts will make a difference to what I then do.

Most of the discussion in the book occurs in intellectual isolation, in the sense that there is very little reference to other authors who tackle the problems of consciousness. Popular treatments, such as Daniel Dennett’s Consciousness Explained, or Steven Pinker’s How the Mind Works, are not mentioned, and there is no reference to more academic discussions which seek to show how conscious states can be accommodated within a materialist perspective. Leech is well aware of the somewhat limited scope of his enquiry: he speaks of it as ‘an opening gambit’ (p.vii), and forestalls criticism by acknowledging that it is provides “no more than a partial and flawed understanding’’.

On a kindly reading, Consciousness Matters is an easy-to-read, nicely paced, clear introduction to philosophical ideas about consciousness. It is free from distracting jargon, provides a lot of accessible examples and analogies, and has the very great merit of taking seriously lines of argument even when they lead to highly counterintuitive conclusions. On a ruthless reading, the book is a simple rehash of long-refuted ideas, showing no awareness of well-known lines of attack on its claims, and unconnected to current discussions. Perhaps a judicious reviewer would find elements of truth in both these characterisations, although a more charitable one would plump for the kinder.

Nick Everitt was Senior Lecturer in Philosophy at the University of East Anglia. He is the author of The Non-Existence of God (Routledge).

I Am Dan’s Brain

The Trouble with Hegel