A Survival Guide for Living in the Simulation

Harry Whitnall considers how best to react if you find out that the world isn’t real.

It’s Sunday. You wake up after a very pleasant sleep. You feel good. You decide to check your email. You have one new email in your inbox; and what d’you know, it’s from Elon Musk! It contains clear evidence that your entire universe is a simulation; and the words ‘Don’t show this to anyone’.

Your whole reality is simulated – everything you know, everyone you love, and even yourself are all an intricate collection of ones and zeros! What now? 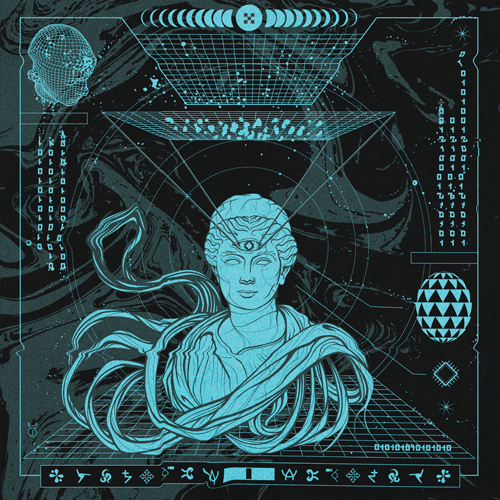 Fret not, for here is a survival guide to life in the simulation.

First, it might be tempting to ignore Elon’s advice and show all your friends and family this enlightening email. It would make fascinating dinner table talk, and maybe you feel like you owe it to your family to tell them the truth. But before you do so, stop and think for a bit. Philosophy professor Preston Greene has suggested in the article ‘The Termination of Simulation Science’ (2018) that the discovery that we live in a simulation may lead to our creators terminating it, so destroying our universe. Consider why such a simulation would be created; perhaps for research into how civilization evolved, or perhaps to see how it is likely to end; in order to gain a better understanding of history; for science; or maybe just for fun. For three of these five reasons the widespread realisation that the universe is a simulation would almost certainly jeopardize the experiment for which the simulation was created. So, perhaps you should heed Elon’s advice and not show anyone this information. Of course, there is always the possibility that perhaps our simulation was created to see how humans would react when they realise they are in a simulation. In this case if would best to show Elon’s evidence to everyone you know – although, if this were the case, surely the creators would have made the information more accessible and not given you such a difficult decision – unless part of the point of the simulation was to see what decision you’d make in response to the email… in which case you should take as long as possible to make your decision, to ensure you and your fellow simulated humans survive. So to maximize your chances of survival, perhaps you should not show anyone the simulation proof, while frequently considering the possibility of one day telling everyone.

Now that you have ensured the survival of the simulation, Robin Hanson suggests in the article ‘How to Live in a Simulation’ (2001) that it may be in your best interests to become, or remain, a particularly interesting individual, since the creators may want to be efficient in their use of computing power, potentially turning people off or making individuals less conscious if they’re uninteresting or uninfluential. So, if your plans were to simply chill out, eat Doritos and watch Netflix, for your survival’s sake you may need a change of plan. Perhaps consider a consider a career as a revolutionary, start your own religion, or maybe become a comedian. If you’re funny, maybe the creators will keep you around.

What about the way to act, now that you know that the people and things aren’t ‘real’? You could steal a tub of ice-cream from the supermarket, push to the front of the line at your local McDonalds, or listen to music really loudly in the middle of the night.

While you could, maybe this is also not such a good idea, at least from a moral point of view. Just because your peers, like you, are simulated, this doesn’t mean they don’t have the capacity for negative feelings.

When it comes to this simulated universe we live in, you can conclude with absolute certainty that at least one simulated being is conscious – yourself. Just like if your world was not a simulation, you cannot know for sure whether everyone else is conscious or not; but you can see that they show complex behaviour that’s similar enough to your own to suggest that they are likely to be conscious as well. Since conscious beings, even simulated ones, have the ability to feel negative responses to actions, from a moral point of view it is not the best idea to start stealing ice-cream from the supermarket, or push to the front of the line at McDonalds, or listen to music really loudly in the middle of the night.

We can use Mary Ann Warren’s criteria of personhood to hammer this point home. In the article ‘On the Moral and Legal Status of Abortion’ (1973), Warren suggests that to be a person, and to be treated as such, someone must be conscious (including the capacity to feel pain); able to reason (the ability to cognitively solve complex problems); able to carry out self-motivated activities; able to communicate on an indefinite number of topics; and be self-aware. Perhaps the other inhabitants of your simulation do not meet these criteria – in which case, feel free to steal ice-cream, push in line, and blast midnight beats. But if the other inhabitants do meet these criteria, to be a morally good person you may want to refrain from such activities.

What about your mental health? Now that you know that your reality is simply simulated, what’s the point of it all?

Perhaps you should try to escape?

In some respects your simulated situation is like Robert Nozick’s ‘experience machine’ thought experiment from his book Anarchy, State, and Utopia (1974). Nozick asks us to imagine that scientists have developed a machine that can simulate experiences indistinguishable from those produced naturally outside of the machine. Once we step inside we can experience a world of unlimited pleasures in place of mundane and often unpleasant real life. But the machine will also make us forget that there is a real life to go back to. Nozick argues that we should not plug ourselves into this machine, since pleasant experiences are not the only things that matter. Other things matter too, like truth, and having a meaningful purpose, based on reality.

While your situation of being in a simulation is very like being in the experience machine, there is a key difference. The fact that you have spent your entire life inside the simulation means that for you the simulation is your reality. Leaving it would mean leaving all your friends and family and everything you know behind. Of course, the Morpheus inside you may tempt you with the red pill; but, you must ask yourself, is there really a significant difference between being born in the real world and choosing to escape via plugging into a simulation, and being born in the simulated world and choosing to escape to the real world via unplugging from the simulation? Let’s assume the simulation was made to be accurate to reality apart from in ways crucial to the experiment. Then the only ultimate, metaphysical, difference, is that the real world is made from quarks, gluons, bosons, and the like, while the simulated world is made from a collection of ones and zeros that are made to look like quarks, gluons, bosons, and the like.

What of the meaning of life? If the universe is simply a simulation, then the meaning of your entire existence boils down to a scientific experiment or perhaps to being entertainment for the creator beings. This might be a bit disappointing for you. But if you think about it, what would be a satisfying answer to the meaning of life, in the simulation or out of it? It seems difficult to think of a fully satisfying answer to a question that has been put on the most ornate pedestal of all questions. ‘To love or to live’ sound like something you’d read in a cheap self-help book. The Epicureans thought that the meaning of life was to seek modest pleasures. To me at least, that does not sound very satisfying.

Perhaps then you should stop worrying and simply live your simulated life, being bold enough to stay interesting, and secretive enough as to not reveal Elon Musk’s proof, while constantly pondering whether one day you should, for survival’s sake.

Harry Whitnall is at the University of Canterbury, New Zealand, studying for an honors degree in philosophy, with plans to continue studying towards a PhD.

Notes Towards a Philosophy of Sleep

Defending Free Will & The Self