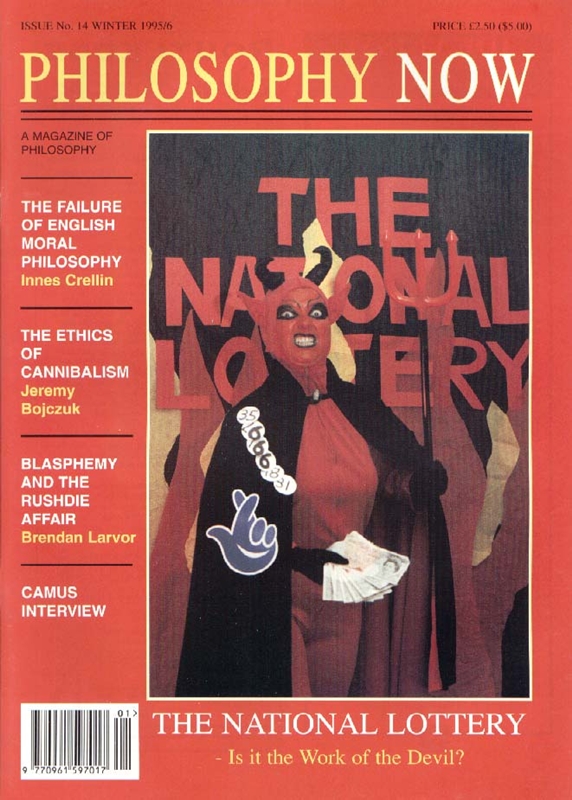 Blasphemy and the Rushdie Affair

Brendan Larvor has some thoughts on the fifth anniversary of the fatwa against Salman Rushdie.

Andrew Hussey on the death of a turbulent thinker.

Jeremy Bojczuk on the ethics of cannibalism.

Gordon Giles asks whether the national lottery is immoral.

Grahame Jackson asks whether we are responsible for our beliefs.

The anachronism of morality

The Philosophy of Scientific Revolutions

Anastasios Economou describes how Thomas Kuhn changed the way we think about science.

The Rambler’s Guide to Philosophy

After the highways of Mike Fuller’s The Map of Philosophy, here are some byways you might wish you hadn’t strayed into… By Peter Mottley.

Why alchemists can make gold

Rebecca Bryant on the essence of essentialism.

Conducted for Philosophy Now by Russell Wilkinson and Chris Mitchell.

James Leech on the dilemmas of being a campsite philosopher.