In Austria, a law has been passed that states students from Year 9 onwards who have chosen not to participate in religious studies classes, an option that is open to them, have to attend ethics classes instead. However, a new initiative, Ethics For All, argues that separate classes for the discussion of moral problems are a bad idea. The organisers believe that there is a need for a shared ethics debate, regardless of confessional or other differences. A petition organised by Ethics For All has exceeded the required 100,000 signatures for consideration in parliament. Ethics For All spokesperson Eytan Reif is not surprised: refering to a survey they commissioned six months ago, he says that 70 percent of the Austrian population seem to favour common ethics classes for all children.

Deborah Rhode in the White House in 2011

Professor Deborah L. Rhode, who taught most of her life at the Stanford law faculty, but whose influence went far beyond the confines of her discipline, has died aged 68. The author of 30 books and some 200 law review articles, she is widely regarded as having changed the field of legal ethics. Nora Freeman Engstrom, a fellow law professor at Stanford, describes Rhode’s practice: “Legal ethics – and legal ethics scholars – would have to refocus on what matters: access to justice, integrity, accountability, and equality.” She was a great advocate for gender equality. As women began to enter law firms and legal faculties more easily during the 1980s and 90s, some concluded that gender discrimination had now disappeared or would soon disappear. This phenomenon caused Rhode to identify a cognitive bias which she named the No-Problem Problem. This is a type of systemic bias which leads to exclusion of minorities or marginalised individuals because an issue relevant to them is perceived as either not a problem, or not the speaker’s problem. One of her best-known books is The Beauty Bias: The Injustice of Appearance in Life and Law (2010). She identified moral issues that needed critical attention in all areas of her life. Even her relationship with her cocker spaniel, Stanton, made her think: a forthcoming book, What Dogs Deserve, deals with the way the law regards dogs.

A rare first edition of Bertrand Russell and Alfred North Whitehead’s groundbreaking three-volume work Principia Mathematica, published in 1910, 1912 and 1913, was recently advertised for sale during the Boston Virtual Book Fair with an asking price of $125,000. In a vastly ambitious project, the two philosophers had applied logic and set theory to try to provide a firm foundation for mathematics. After hundreds of pages of working, they proved that 1+1=2 and commented in a laconic footnote that “the above proposition is occasionally useful.” Less than fifty of these first editions remain in private ownership. What makes this one particularly special is that it has a handwritten inscription by Whitehead reading “S.M.W. from A.N.W.” But who was S.M.W., the lucky recipient of this slightly daunting book? This was the question asked by the Bertrand Russell Society. The sellers replied that they had never been able to find out, but would welcome any thoughts about it. A lively online discussion among Bertrand Russell Society members followed, and soon cast some light on the mystery by uncovering the fact that Whitehead’s only sister was called Shirley Maria Whitehead.

The EU is funding research into the use of AI in border controls. However, some of the results have been made inaccessible to the public by the European Commission. MEP Patrick Beyer is fighting in the courts for transparency. Project iBorderCtrl is about the electronic observation of ‘micro-expressions’, which thanks to machine learning can be used to tell when somebody is lying while answering questions. “The European Union is funding illegal technology that violates fundamental rights and is unethical,” argues Beyer, a member of the European Parliament’s civil liberties committee and one of four MEPs for the Pirate Party. Both the technology itself as well as Beyer’s court case have far-reaching ethical and political implications. In the case of the technology, the opportunities for misuse and the potential consequences of errors made by the system constitute real threats to individual liberty and privacy rights. The court case itself is pivotal as there are other controversial security technologies funded by the European Commission that would then come under public scrutiny.

Is Time Travel Possible After All? 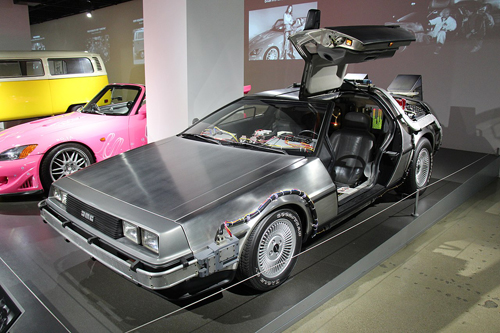 The famous DeLorean ‘time machine’ from the 1985 movie Back to the Future.
Photo by Sicnag on Wikimedia. CC 2:0 Licence

Time travel is a nice sci-fi idea, but, as far as we know, it is not a reality. However, new research by a young physicist at the University of Queensland suggests that it is theoretically possible. Germain Tobar’s research leads to the conclusion that time travel would not eventuate in paradoxes. Time travel paradoxes are inconsistencies caused by changing the past. Take the famous example of the ‘grandfather paradox’. If a time traveller visited the past and killed her grandfather, this would make the existence of the time traveller impossible in the first place. Tobar’s calculations suggest that space-time can potentially adapt itself to avoid inconsistencies. This means that a time traveller would enjoy freedom of action while in the past, though in one way or another those actions will still result in them later having the opportunity and motivation to build a time machine and travel back. “The maths checks out – and the results are the stuff of science fiction,” says physicist Dr Fabio Costa from the University of Queensland, who supervised the research. The results have been published in the journal Classical and Quantum Gravity. 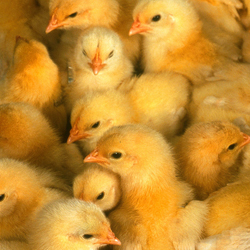 Untold millions of unwanted male chicks are slaughtered in chicken farms around the globe every year. As they will never lay eggs, they are considered surplus to requirements. However, in a world first, killing one day old male chicks will become illegal in Germany at the end of 2021. By that time, technological alternatives will be in place that will make it possible to determine the sex of the embryo inside the egg. Already this can be done between the 9th and 14th day after the egg has been laid. It is expected that better technologies will bring this forward even more, so that by 2024 the killing of chicken embryos after the sixth day of incubation will be outlawed.