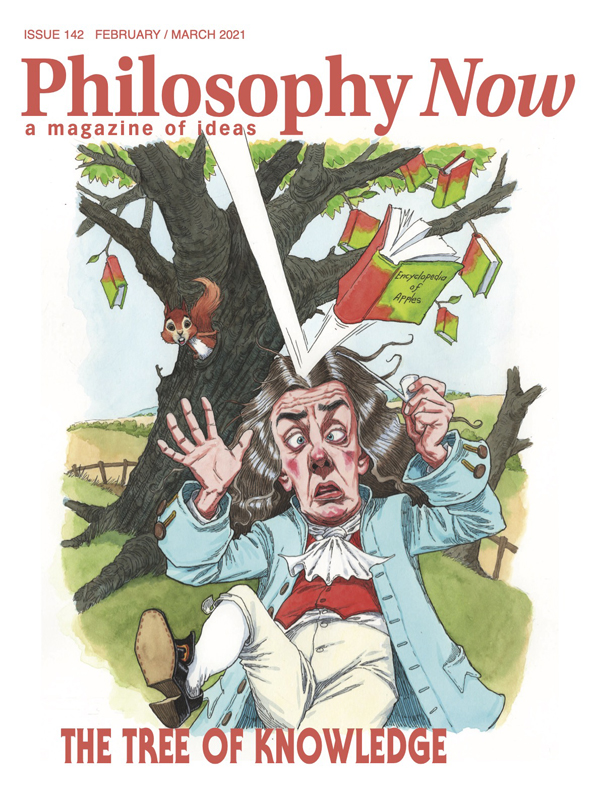 THE TREE OF KNOWLEDGE

I Don’t Believe It!

Dene Bebbington presents a couple of bad but popular arguments.

The Limits of Computation

Apostolos Syropoulos goes back to BASICs to consider whether the human brain is a computer.

The View From Somewhere Else

Why are we incapable of guilt-free leisure? Jacob Snyder says, blame John Locke!

Devon Bombassei considers the irony of our ‘liberation’ in the digital age.

William Dante Deacon looks at the life of a founding father of Western philosophy.

Stefan Lorenz Sorgner is a philosophy professor at John Cabot University in Rome, and Founder and Editor-in-Chief of The Journal of Posthuman Studies. His most recent book, On Transhumanism, was recently published by Penn State University Press. He chats about transhumanism with Roberto Manzocco.

I See I • Mary Midgley, Human Being • Inveigled by Hegel? • Technology vs Progress • Mathematics vs Pascal • No Capital Letter • (No) Opium for the Masses? • Eradicating Vulnerabilities • No Christianity & Homosexuality

Raymond Tallis perceives a difference between them.

Why We Are in Need of Tails by Maria daVenza Tillmanns

The Tragedy and the Paradox of Greek Civilization