According to Genesis (the Bible book, not the rock group) the Tree of the Knowledge of Good and Evil grew in the Garden of Eden. It bore the Forbidden Fruit; the apple whose sweet taste ends innocence. The serpent tempted Eve to take a bite; she in turn gave it to Adam and that, as they say, was that. Another famous apple tree of legend is the one that still grows in the garden of Sir Isaac Newton’s family home in Lincolnshire. According to a story Newton himself often told, it was watching an apple fall from the tree that set him to wondering whether the Earth itself was somehow pulling the apple towards its centre, and if so, whether that force might extend up into space as far as the Moon. These two trees of knowledge have inspired our front cover illustration by Stephen Lee.

How do we know anything? The theory of knowledge, known to the in-crowd as epistemology, has been a central part of philosophy since the earliest times. It is the theme of this issue.

Epistemology deals with a cluster of related questions. What does it mean to say we know something? How can we be sure if any given proposition is reliable or accurate? What types of evidence are required to justify different kinds of belief? Are we born with any innate knowledge or do we acquire all of it from experience, as the empiricists believe, or from the exercise of reason, as rationalists argue? What is knowledge? What is truth? How do you know you are holding this magazine? How do you know you don’t owe the editor a cold beer? 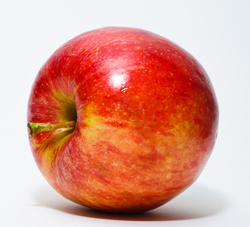 Some people say that the central strand in the history of philosophy is the search for truth. Conversely a tendency in philosophy for thousands of years has been scepticism – philosophical doubt about our ability to know particular things, such as the existence of the external world, or of other minds, or of moral certainty, or of the existence of God. Radical scepticism is doubting our ability to know anything at all. Descartes started with that position. Surrounded by sceptics on all sides, he wanted to find certainty. So he went one better than them by doubting everything. In a famous thought experiment he imagines an evil demon “of the utmost power and cunning” deliberately setting out to deceive him about everything. And then he thought, is there anything I could still know in such a situation? And he answered himself – yes. Even if he was being deceived about everything, then his thoughts while erroneous would still be thoughts. So he knew one thing: “I think” And from that he knew a second: “Therefore I exist.”

Our themed section in this issue contains articles on some equally central philosophical questions. What are the limits of what argument can achieve? In what ways do people criticize science and to what extent are they justified? Can Hegel and Heidegger help us to escape scepticism? To what extent could computers help us to answer philosophical questions, and what are the limits of that approach? Plus some tips for testing truth and a look at two popular but fallacious forms of argument.

The theory of knowledge is such a vast topic that we cannot hope to do complete justice to it in a single issue of the magazine, but we have at least brought together some fascinating articles on different aspects of it to give you a flavour. Let’s hope that taste doesn’t lead you astray!

Don’t Be So Sure