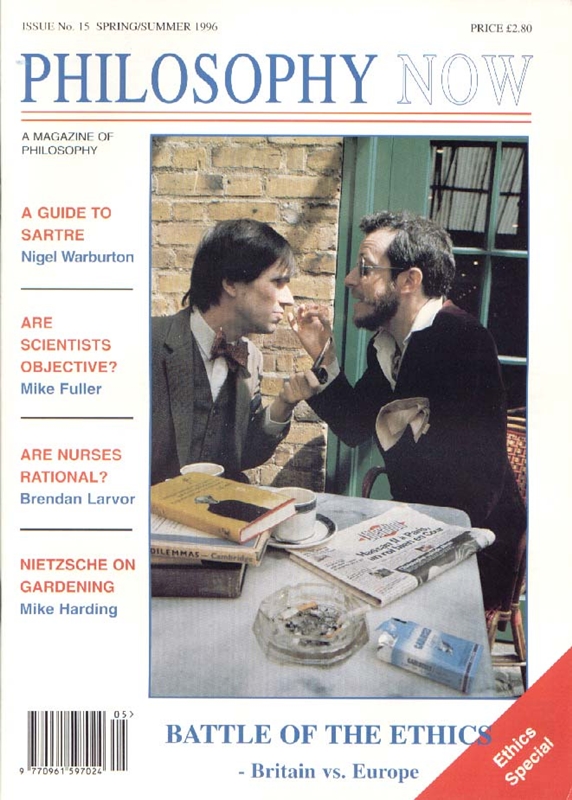 Nigel Warburton gives a brief introduction to this classic text.

Cheap (under £10) and readable books on ethics.

The Dangers of Moral Certainty

by Peter Lloyd and Innes Crellin

The Need for Authenticity

(Chinese) Philosophy on the Internet

Brendan Larvor reviews The State We’re In by Will Hutton and explains why consumers aren’t crazy after all.

Michael Bulley on whether Events can happen Now … and other metaphysical conundra.

Is Science an Ideology?

Our last issue contained two articles on the philosophy of science: an analysis of the works of Khun and a review of Feyerabend’s Against Method. Mike Fuller continues their debate about science, philosophy, & truth.

No! Not Philosophy! • Continental Ethics • The Anglican Communion and Marriage • Language and Meaning • Eating people and throwing darts

Is There a God?

David Hall reviews Is There A God? by Richard Swinburne.

Kant’s advice to the lovelorn

Mike Harding on philosophers who could answer real questions.