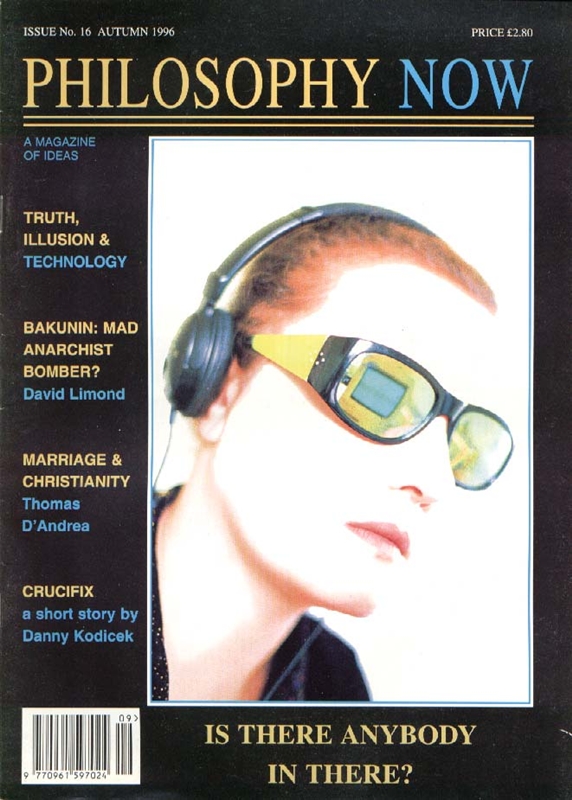 Is There Anybody Out There?

A Place for Relativism, or: How ya gonna keep ’em down on the farm after they’ve seen Paree?

David Limond on a name which once frightened children.

Thomas D’Andrea defends the Catholic view of the philosophy of marriage.

On being a philosopher and a Christian

Bob Harrison is most happy to be both.

Martin Tyrrell on a champion of common sense.

Practical Solipsism: or how to live in a world of your own

Martin Thomasson on philosophy and design.

Some say the world is an illusion. Postmodernists claim it is a culturally-constructed ‘interpretation’. In a groundbreaking rebuttal of these sceptics, Susan Feldman argues that the world is just too irritating not to be real.

Roger Caldwell on science and truth.

No Hookers in the Sky for Dennett

A short story by Danny Kodicek.