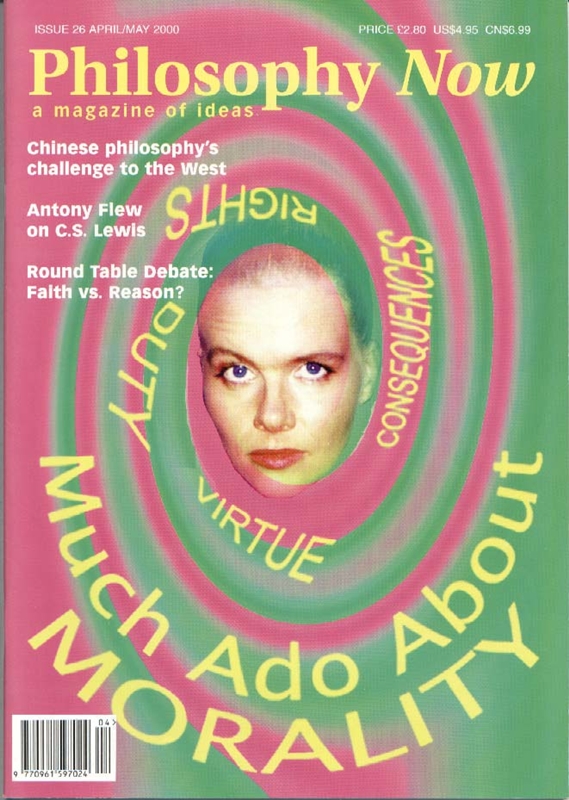 What Should We Do?

Are There Any Moral Facts?

Bob Harrison talks about Moral Realists and the Boo/Hurrah party, and explains what David Hume overlooked.

Warwick Fox on an approach to the environment which is also a way of living.

Anja Steinbauer says Don’t Trust the Ethicists (too much).

Vance Morgan on how to build a moral environment of your very own.

Albert Shansky believes many of Russell’s opinions on religion are surprisingly in tune with those of the Buddhists.

C.S. Lewis, God and the Problem of Evil

C.S. Lewis, author of The Lion, The Witch and the Wardrobe, was a tireless academic defender of Christianity. Antony Flew examines his views on free will and evil.

Western Philosophy on the Defensive

Round Table Debate: Religion versus Philosophy?

Does religion need philosophy? Or vice versa? Are they rival ways of seeing the world? What do faith and reason have to say to each other? In the dying days of the old millennium, Philosophy Now and the organisation Philosophy For All gathered four distinguished thinkers in front of a large audience in a London bookstore to debate this most millennial of questions.

Our overview articles reveal what’s going on now in different areas of philosophy. There is just too much happening in ethics for a single overview, so we asked Abdelkader Aoudjit to describe and comment on one strong tendency which is a major feature of the current ethics scene – the rebellion against theories.

See if you can identify the authors of the following ethical passages.

Alexander Zinoviev is a scientist, a writer, a painter, and a member of the Department of Ethics at Moscow State University. The author of many books analysing contemporary society, he was for over twenty years an exile in Germany, and became a German citizen. Now he has returned to Russia. This interview is by his colleague in the Department of Ethics, Professor Alexander Razin (a contributing editor of Philosophy Now).

To whet your appetite for our forthcoming Round Table debate on science and philosophy, Rick Lewis put a few questions to Professor David Papineau.

A lost dialogue, featuring Socrates and Plato and translated by Trevor Curnow.