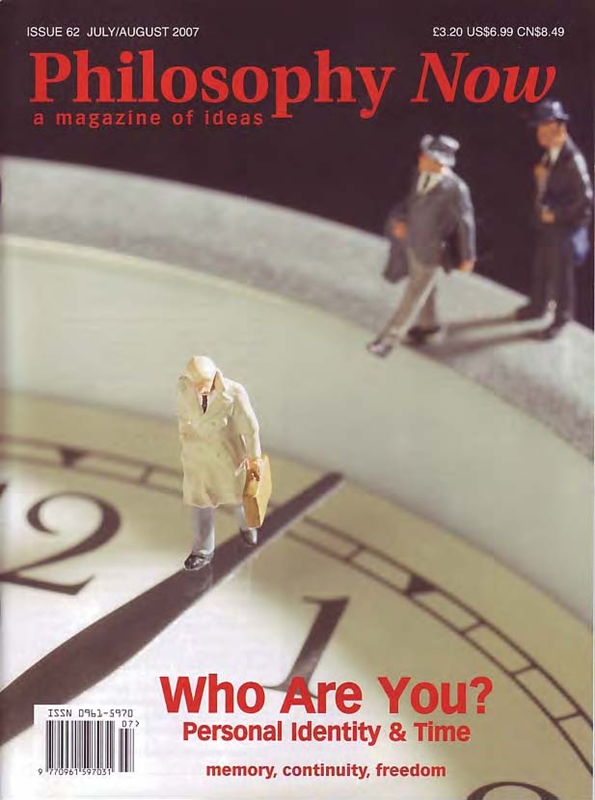 A Question of Identity

Craig Ross on whether freedom is all it’s been made up to be.

Tom Shipka considers whether the negativity of communicative unclarity impedes the ontological contingency of non-distance in the dialectic of being, or something.

The Unbearable Lightness of Ethics

Stephen Anderson wonders whether talk of ethics has any substance.

Treason To Truth: The Myths Of Plato

Gideon Calder reports after the death of the infamous pragmatist.

Our sixteenth sizzling slab of symbiotic semiotic sophistry semantically spliced then systematically sewn together by Deiradiotes.

Christopher Phillips is known for promoting the art of Socratic enquiry in cafés, schools and even prisons all over the globe. David Taube met him to talk about his new book, Socrates In Love, a series of anecdotes, interviews and essays based around the five Greek concepts of love.

What’s In A Name?

Who is Tim Madigan?

Thought For Food – Re: Veal

The God Delusion by Richard Dawkins

Existentialism goes to the movies. Nick DiChario finds that the novel fills spaces the film doesn’t even have.

Nolan Whyte with his second fable about the philosophical adventuress.