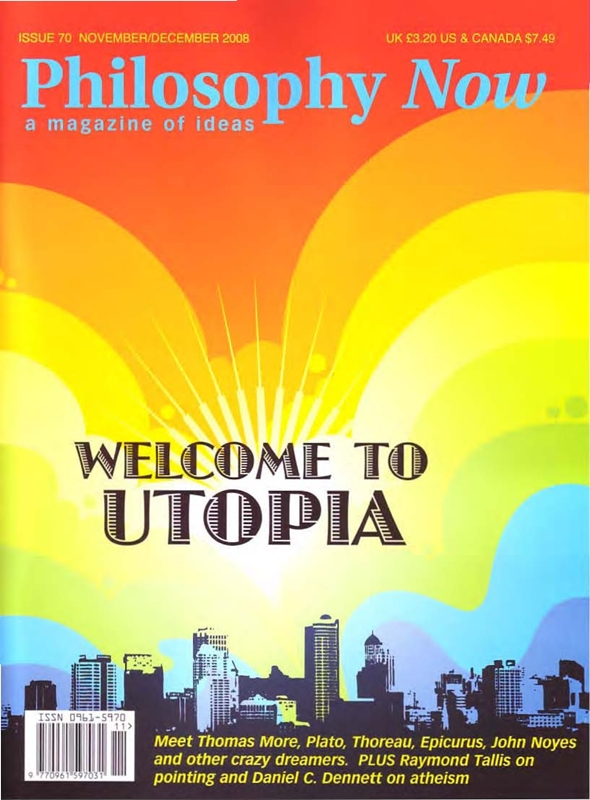 David White contemplates a life of sex and sermons.

Alfred Geier says it’s not about the state of the state.

Thoreau’s ‘Paradise To Be Regained’

Visions of a Perfect World

Dan Dennett continues to philosophically reflect on his philosophical life. This third and final episode covers 2003 to the present.

Ian Dearden may or may not…

Sam Morris scatters solstice scepticism over the stories of the saint with the supersonic sleigh.

Lawrence Crocker asks when it’s right to do the Chateau shuffle.

The XXII World Congress of Philosophy

Who Is The Best Philosopher?

The following answers to this essential piece of philosophical gossip each win a signed copy of The Kingdom of Infinite Space by Raymond Tallis. In the best philosophical tradition, nobody got more than one unequivocal vote, so nobody is unequivocally the best.

Transcendental in Trentham • No Problem? • Infantile Art • Improbably Philosophy • Thoughts On Dennett • Further Shots At Freedom • The Music of Understanding

The Old and The New

Some Points About Pointing

Raymond Tallis shows that the gesture is not so obvious.

Being in Pain by Abraham Olivier

Vince Luizzi gets a new focus on pain from Abraham Olivier.

Roger Caldwell responds to an analysis of Nietzsche’s morality.

Nonsense On Stilts? A Quaker View of Human Rights

Our film columnist Thomas Wartenberg talks about television for a change, as he stares down a cable at The Wire.