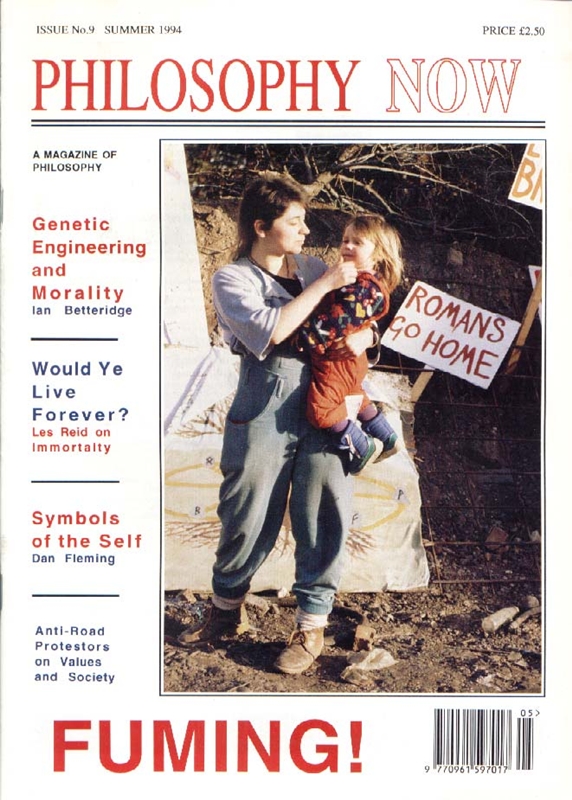 Cars on the Carpet

Geoffrey Scarre responds to Tim Chappell with a qualified defence of motoring.

Not many people in our affluent, comfortable nation are prepared to risk their comfort or their liberty for the sake of ideas. If philosophers are to be involved in society and it’s problems, they should find out about the views of such individuals. In this spirit, two intrepid souls from Philosophy Now went down to the site of the planned M11 motorway extension in Leytonstone, east London, to ask some antiroad protestors about their values and their views on society.

Dan Fleming suggests that culture has turned outside in.

Ian Betteridge on the implications of transgenic experiments for moral theory.

Two Imperatives in Education: change of culture v. transmission of the status quo

Jane Singleton reviews The Elimination of Morality: Reflections on Utilitarianism and Bioethics by Anne Maclean.

The Mystery of Time

Will I Know Me In Heaven?

The Existentialist Greyhound, or Jean-Paul Sartre goes to the White City (and loses all his money)

by Tim Lebon (with apologies to P.G. Wodehouse)