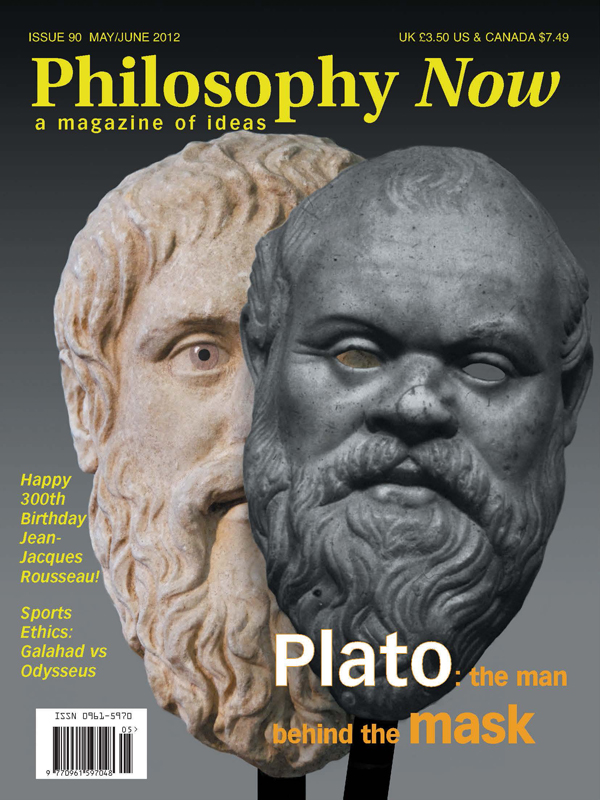 Plato on a Plate

Ed Fraser argues that the theory of recollection presented by Socrates in the Meno is circular.

Elizabeth Laidlaw explores some parallels between a modern picture of the brain and Plato’s description of the psyche.

Emrys Westacott on honour codes and strategic thinking in sport and beyond.

The Ethics of Taxation

Richard Baron finds that philosophy need not be taxing.

Reason as a Universal Constant

Stuart Greenstreet asks if C.S. Lewis was right that reason proves the supernatural.

Graeme Garrard observes the life of a paradoxical revolutionary hero.

How Does Language Work?

The following answers to the question of linguistic meaning each win a random book.

Don’t Let Life Drag On • Epistolary Environmentalism • Aping Tallis • Meaningful, Meaningful, Everything Is Meaningful • History Is A Thing Of The Past • No Rush To Patent

Joel Marks on why the world needs philosophy.

A Hasty Report From A Tearing Hurry

Raymond Tallis has a measured response to numbered seconds.

The Moral Landscape: How Science Can Determine Human Values by Sam Harris

The Philosopher and the Wolf by Mark Rowlands

Greg Linster is left howling at Mark Rowlands’ memoir of his pet wolf.

Michael O’Connor reports on the Diagonalist English philosopher sadly crushed to death by his ‘Philosophical House’.