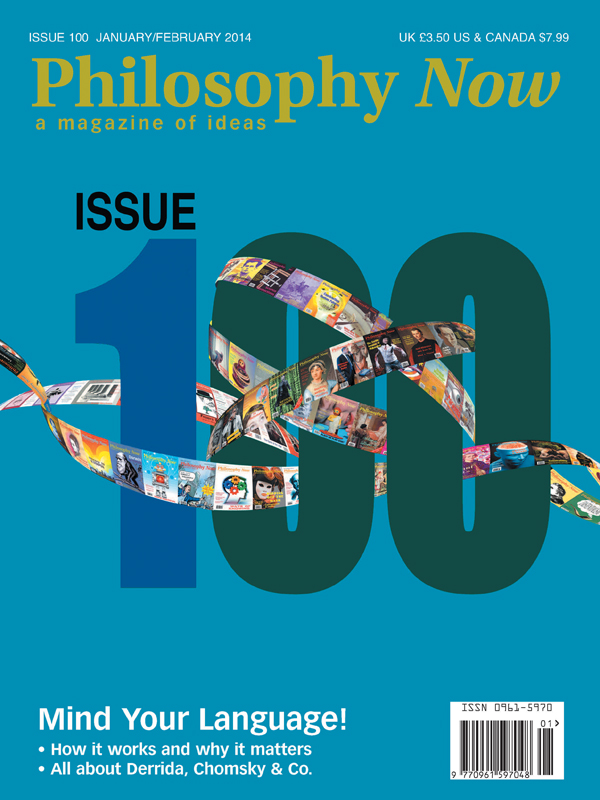 A Century Not Out

Two philosophical traditions with an interest in common.

And how does language work anyway? Antony Tomlinson weighs the arguments.

How To Understand Words

Robert Horner tells us how, and then gives a linguistic philosopher’s view of the meaning of ‘the right to bear arms’.

Peter Benson tells us what language is and isn’t according to Jacques Derrida.

To Express It Is To Explain It

Moral Laws of the Jungle

Roger McCann tries to identify some of the attributes of knowledge.

Siobhan Lyons argues that contemporary culture’s obsession with happiness is unhealthy in a variety of ways.

An Answer to Pilate

What is truth? Joel Marks develops a new approach which he calls alethic deism.

Alistair MacFarlane holds up a mirror to the life of the famous Pragmatist.

A Mind is a Wonderful Thing to Meet

Raymond Tallis hunts for the source of causation.

America The Philosophical by Carlin Romano

Peter Caws argues that America The Philosophical is a misnomer (at best).

Raymond Pfeiffer finds The Reasonableness of Reason not entirely unreasonable.

Yasemin Sari on a new film about a courageous thinker and her views on responsibility and the nature of evil.

Consciousness: A Play In One Act