Two notable things set Daniel Dennett apart from most other professional philosophers. First, Dennett is an interdisciplinarian par excellance. He moves effortlessly between philosophical topics such as meaning, consciousness, and free will on the one hand, and scientific fields such as artificial intelligence, biology, and neuroscience on the other. Second, besides being learned, Dennett is just plain clever. His writing is infused with anecdotes, examples, and above all, the disarming of others’, and arming of his own, intuition pumps. Intuition pumps, Dennett explains, are ‘little stories designed to provoke a heartfelt, table-thumping intuition – “Yes, of course, it has to be so!” – about whatever thesis is being defended’ (pp.5-6). So ‘intuition pumps’ are thought experiments that appeal to ideas supposedly so obvious as to render the results of the thought experiments supposedly equally obvious.

In this book, Dennett discusses seventy-seven intuition pumps and other tools for thinking. He begins with a dozen tools for general use, including making and learning from mistakes (#1); Occam’s Razor – the idea that everything being equal, simpler explanations are preferable (#5); and various warnings, including the use of ‘surely’ in an argument that really marks the author’s lack of further proof (#10); rhetorical questions that do much the same (#11); and questions that come across as deep but in fact turn out to disguise thinking that is shalllow (#12).

We might think of these first twelve tools for thinking as topic-neutral: regardless of the issues about which one is thinking, one generally stands in good stead by following them. Nonetheless, in the bulk of the volume, Dennett considers thinking tools for specific topics on which he himself has specific views, including those for thinking about the meaning of linguistic and other expressions (#13–33); about evolution by natural selection (#34–52); about consciousness (#53–64); and about free will (#65–73). Dennett concludes with reflections on what it is like to be a philosopher, including how philosophy differs from but can nevertheless be complementary to science (#74–77).

The unifying thread of Dennett’s interdisciplinarity is his appeal to the theory of evolution by natural selection. With Richard Dawkins, Dennett is one of the fiercest and most creative extrapolators of neoDarwinism. Here he makes much of a criticism of Darwin’s original view by his contemporary, Robert Beverley MacKenzie, summarized in the sardonic quote: “Absolute Ignorance is the artificer [of organisms]… In order to make a perfect and beautiful machine, it is not requisite to know how to make it” (quoted pp. 218–9). While MacKenzie meant this as a criticism, Dennett responds to MacKenzie’s charge with a succinct ‘Exactly’. Dennett then argues that evolution by natural selection can explain not only how organisms, including ourselves, come to be, but also how our utterances can have meaning, our brains consciousness, and ourselves free will, all in a thoroughly physical world. There is nothing beyond the natural – nothing supernatural – to which we need appeal. 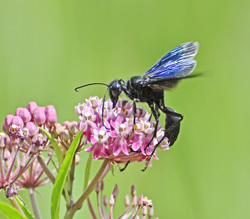 Since these conclusions conflict with millennia of thinking, not to mention much common sense, Dennett’s intuition pumps come in especially handy here. To prove the power of naturalistic explanations he offers a rich array of examples, including soft-drink dispensing machines for which there is no fact of the matter about whether they detect American or Panamanian coins (#29); the possibility (or the impossibility) of philosophical zombies – creatures just like us except that they have no inner qualitative states of experience (#54–55); and the Sphex wasp’s seemingly intentional yet nevertheless automatic behavior (#72). Dennett appeals to all these to argue that neoDarwinism provides the resources to explain how meaning, consciousness, and free will (at least the kind worth wanting) arise from and are themselves part of the natural world.

I find much of what Dennett says persuasive. (I should perhaps mention that I took two courses under Dennett in the late 1990s.) Although I am unsure whether he is right, I am sure that he has thought through these issues more deeply than many, if not perhaps all, of his opponents. Dennett is also worth reading as a corrective to a popular-cultural tendency to think that certain issues are too mysterious for science. Consciousness itself, Dennett claims, will ultimately be scientifically explained. Reading Dennett is also a good reminder of how poorly understood the theory of evolution by natural selection is. Darwin’s theory is more powerful than many people realize, partly because it is more applicable than many people realize.

Dennett’s cleverness manifests most markedly in this book in his intuition pumps. If I have any criticism of the book, it is that Dennett might have packed into it too much cleverness at the expense of thoroughness. Dennett has written books on all the main topics mentioned in Intuition Pumps. In this work he largely extracts the most clever parts from these others – their intuition pumps and other tools for thinking – and then arranges them in a loosely connected list. Hence, by reading this book, one gets a sense of Dennett’s larger project, but one does not always see that project systematically, nor in significant detail. So anyone already familiar with Dennett’s work would not get much out of reading this book. Conversely, anyone wanting a fuller development and defense of Dennett’s ideas would likely be better served by reading his others.

A Farewell Letter To My Students