Doing Away With Scientism

Ian Kidd exposes the errors of the science fundamentalists.

Most people agree that science is a good thing, and that scientism, by contrast, is a bad thing, although it is likely that few people could easily give a robust definition of either of those two terms.

Many decades ago, philosophers of science spilt much ink on the ‘demarcation problem’, trying to identify what science is by distinguishing it from pseudoscience. It gradually emerged that this problem of defining science is rather difficult to resolve. Most of the criteria that were once popular are now seen as untenable, and the best accounts offered by historians and philosophers of science indicate that the search for the distinct essence of science is likely to be frustrating. Karl Popper for instance, argued that the hallmark of genuine scientific hypotheses was that they had the potential to be proved wrong – or that they would be, in his term, ‘falsifiable’. However, other philosophers of science, such as Imre Lakatos and Thomas Kuhn, soon pointed out that Popper’s ‘falsification’ doesn’t accurately describe the way all science is done. Science, it seems, is too messy and complex for such one-sized-fits-all characterisations. Nowadays it is recognised that science is disunified and pluralistic – a complex and changing patchwork of theories, methods, practices, and communities. Trying to offer a sharp, neat definition of science has proved an extremely difficult business – a useful contemporary illustration of Socrates’ insight that the terms we so easily and effortlessly use in everyday life often prove resistant to sustained analysis. This is bad news for those hoping for a clear demarcation between science and pseudoscience.

Similar problems with definition appear when we turn to scientism, although it is true that there is a sort of received view about scientism and the sorts of attitudes or ideas that gather around it, of which at least three ideas seem reliably to feature. 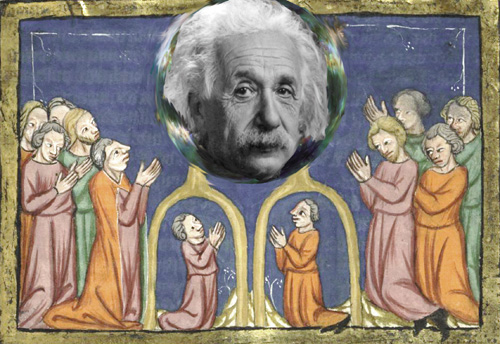 The first idea sees scientism as a form of excessive admiration for the sciences, typically bordering on an uncritical veneration of it, or a pathological zeal to stand up for and make a noise about science. To be scientistic in this sense is to go beyond a proper degree of admiration and gratitude to the scientific endeavour – quietly appreciative of electrical power, soberly admiring of evolutionary theory – and lapse into a hyperbolic fervour, especially of a sort that tends to marginalise other disciplines and traditions. It is good and proper to think highly of physics, but not at the expense of other disciplines – including my own metier, philosophy, which also has important things to say about causality, space, time, and the nature of reality. Niels Bohr once said that he thought of himself as a philosopher first and a physicist second. If so, then one might plausibly take him to be expressing a desire that admiration be properly apportioned to philosophy too.

It is this sense of scientism as reflecting and encouraging an excessive passion for science – or what is taken to be science – that prompts Raymond Tallis, a cheerful foe of the excesses of scientism, in his 2011 book Aping Mankind to diagnose two widespread forms that scientism can take in modern Western societies, these being ‘neuromania’ and ‘Darwinitis’ These refer to an exaggerated conception of the significance and power of neuroscience and evolutionary theory respectively. Neuroscience and evolutionary theory are very good things, of course, but enthusiasm for them can become manic, leading to confusion, distraction, and rhetorical supercharging.

The second idea about scientism sees it as an exaggerating, distorting, and perhaps downright false conception of the history, nature, and methods of science, or more bluntly, a way of getting science wrong. A common example is the claim that science emerged suddenly and triumphantly in the seventeenth century, quickly collapsing the shaky house of cards that was Christian theology, and rapidly erecting in its place a solid edifice of scientific knowledge that will – so the story continues – soon see us emerge as rational, logical, enlightened beings and take our place a myth-free citizens of a society of secular Spocks. Such a scenario may be good fodder for science fiction, but few if any historians of science, religion, or culture find such a story plausible. The real story is much messier than this myth maintains.

Scientism, on this account, rests on an error, or perhaps on many of them. Many advocates of scientism fall victim to this second sort of scientistic thinking.

It is worth adding here that advocates of scientism typically also get other disciplines wrong too. Stephen Hawking’s announcement a few years ago that ‘philosophy is dead’ because it has ignored the progress of the modern sciences came as a considerable surprise to the very many philosophers of mind who keep up with their neuroscience, and the very many philosophers of physics who know their quantum theory, to take just two disciplines. Indeed, some of those philosophers are, themselves, self-attributively scientistic. For instance, the distinguished Bristol philosopher of science James Ladyman described himself a few years ago in a very lively book, Every Thing Must Go, as being “frankly scientistic”.

These two conceptions of scientism, in terms of excessive zeal and error, are not only connected; they also pull together to help generate the third feature of the received view of what scientism involves.

Zeal or excessive admiration often emerges because of an inflated conception of the object of the admiration. Similarly, an error about the nature of something will often lead to erroneous estimations of its significance or value. Thus a scientistic person is likely to evince both zeal and error in their ideas about and attitudes towards science – they go too far, promise too much, neglect or forget other things that matter, and so overstate, exaggerate, and distort. The Oxford chemist Peter Atkins is, by his own account, scientistic, but although he is quite right to admire science as a source of knowledge and technology, he is quite wrong to suppose that it is, as he states, the only way of acquiring reliable knowledge about the world. There are other ways too, such as historical enquiry and philosophical reflection, and Atkins ought to either classify those as ‘science’ – thereby sacrificing specificity for scope – or simply acknowledge that the sciences offer a very diverse set of means, but not the only set of means, of acquiring knowledge about the world [see also the article by Massimo Pigliucci on this topic in this issue – Ed]. Perhaps historians and philosophers are doing science, in which case we might adopt the daunting German term Wissenschaft, which means, roughly, ‘systematic rational enquiry’. But few advocates of scientism are likely to be happy with such inclusiveness owing to the third common feature of scientism: derogation.

Scientistic writers are not usually satisfied to rest content by affirming their zealous joy in science. Most of them – well, most of those who write books about it – sooner or later feel the need to derogate the other disciplines and traditions, and specifically those which they take to be either unscientific, or insufficiently scientific. Atkins dislikes religion (“an attack on reason” sustained by “forceful sentimental longing”) and isn’t fond of philosophers. Hawking, of course, pre-emptively announced the death of philosophy – a special sort of derogation – and so presumably regards talking to philosophers as a sort of scholarly spiritualism. Finally, the American mathematician Norman Levitt writes in Prometheus Bedevilled of his dislike of Science Studies scholars – victims of ‘faddishness’ and ‘ideological obsessions’. 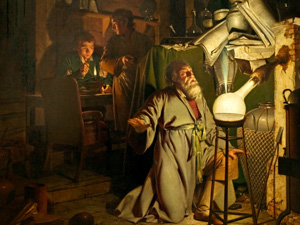 Pseudoscience or protoscience? The Alchemist, by Joseph Wright

Given that the first two features of scientism are excessive zeal for and an erroneous account of science, a degree of hostility towards disciplines and traditions that seem to compete with science, or even to contradict it, is to be expected. Religion, philosophy, and the rest get wrong what science alone gets right, so to accept and acquiesce to them – by tolerating theists and leaving the philosophers alone – is only going to allow ignorance and confusion to persist and proliferate. Atkins and Levitt, for instance, are hostile to philosophy because in their view it challenges the authority of science by peddling postmodernist conceits or introducing capricious conceptual confusions, and so must be counteracted. But, of course, although some philosophers may be guilty of the sorts of things that worry Atkins and Levitt, it is the grossest generalisation to suggest that the whole lot of them are bad – not least because Ladyman is hardly alone in defending robust conceptions of science.

Scientism can therefore usefully be thought about in terms of an excessive admiration for science grounded in an erroneous conception of the history, nature, and methods of science. It goes beyond proper appreciation of what science has, does, and may well do for us, and lapses into hyperbole, and, in so doing, does science itself an injustice. For it is an injustice to rest the prestige of science upon false conceptions of its development and status; an injustice, too, to resort to overheated rhetoric about its merits and magic; and a further injustice, finally, to ignore the picture of science offered by historians and philosophers of science – which presents the scientific project not as the monotonic performance of a fixed methodology isolated from society, but as a complex and dynamic intellectual endeavour, rich with creativity and innovation, alert and responsive to public concerns and curiosities, and deeply implicated in the religious and philosophical debates that give vibrancy to our history.

Whatever science is – and that is a large and on-going debate – it does not need scientism to merit our admiration and appreciation, and, given the urgent need to secure a proper public understanding of science, our society doesn’t need scientism either. If science is a core part of our search for truth, then we ought also to seek the truth about science, and scientistic mythopoeia is a needless distraction from this.

Ian Kidd is a postdoctoral fellow in the Department of Philosophy at Durham University.