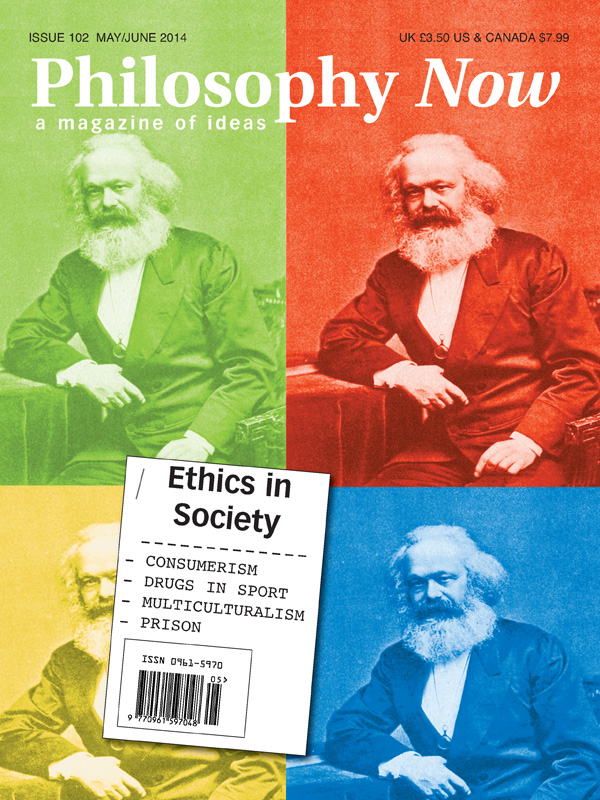 Philosopher points to a possible future in which ‘life in prison’ means 1,000 years • Do ethicists need a code of ethics? — News reports by Sue Roberts

Stuart Greenstreet on the abysmal failure of theories about crime and punishment.

If you eat meat, are you personally to blame for the evils of factory farming? Richard Corry considers the consequences.

Terri Murray argues that ijtihad and critical debate are essential in a liberal, multicultural society.

A Justification of Empirical Thinking

Arnold Zuboff tells us why we should believe our senses.

Barbara Smoker probes why there is something rather than nothing.

Doing Away With Scientism

Ian Kidd exposes the errors of the science fundamentalists.

What’s The Worst That Could Happen?

Simon Coghlan tells us, with help from Derek Parfit.

Sally Latham on Swinburne’s argument that you can exist without your body.

Anja Steinbauer and Rick Lewis remember a friend and a scholar.

A Short History of Western Thought by Stephen Trombley

David McKay fastens his seatbelt for A Short History of Western Thought.

Jonathan Sheasby takes a look at reality from street level.