Dale DeBakcsy recalls his personal journey from Positivist to Pragmatist and back again.

“Aristotle was a learned, encyclopedic, first-rate nerd. With no imagination.” 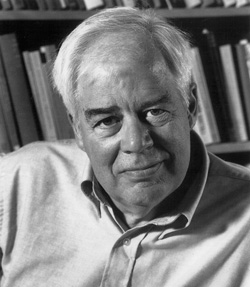 It was September of 1998, and I was a dewy-eyed sophomore who had bluffed his way into Richard Rorty’s seminar on William James and Friedrich Nietzsche. I had taken philosophy courses before, but never from anybody engaged in determining the future of philosophy, and certainly never from anybody who would have dared to so casually and personally dismiss one of the foundational figures of Western Civilization. It was a forbidden and seductive moment, and it wouldn’t be the last:

“Thrasymachus was a dolt, and Socrates a puritan.”

“Derrida is the most pointless author to gain fame.”

“There is something to the idea that ninety per cent of what is good in Heidegger is paraphrased from Nietzsche.”

“Sartre missed the point – he just rehashed old clichés he didn’t care about. Sartre’s attack on the God-surrogate of human reason is saying philosophers aren’t much help. This is all Sartre really has to say.”

Twice a week, Rorty would arrive at class and, through a style alternately hilariously frumpy and undeniably poetic, walk us through a history of Western thought that most of us had never experienced before; a history that stressed the importance of contradiction and meaninglessness and warned against the seduction of clarity (calling Derrida pointless was, for Rorty, the highest of compliments). He tried to convince us to move away from the vocabulary of Getting Nature Right, and move towards understanding the interchangeability of linguistic practices. And each new semester, the same thing would happen. The new students would gather, listen, and look at each other incredulously, until one of them would finally have had enough and huff out a question along the lines of, “If science is just a language game with no insight into reality, why do airplanes work?” Then it was off to the races, as Rorty, for what was quite possibly the thousandth time in his long career, marshalled his reasons for the usefulness of approaching philosophy historically rather than metaphysically, gradually wearing away the resistance of the newcomers to allow his chaotic waltz through Western philosophy to continue apace.

For me, every moment was intoxicating in the way that only something diametrically opposed to everything you ever believed can be. I had transferred to Stanford University from the California Institute of Technology after a late night with a Diderot novel had convinced me that it was my future to study intellectual history not aerospace engineering. At that moment, perched tenuously between a life of science and a life of philosophy, Rorty’s Pragmatic message was so powerful in its foreignness, so complete in its improbability, that I found it entirely irresistible. As against the methodical and patient world of science, where I had labored for hours and hours to comprehend tiny new slices of knowledge, Rorty’s method provided me with a ready and thoughtful perspective on just about anything humans had ever cared to think about. Rorty’s Pragmatism holds that language does not reveal objective reality, but instead only describes the world in ways we find useful. By emphasizing habit over reality, and language over essence, he provided a dizzying alternative vista from which to judge man’s past and probable future. “There is no criteria for truth,” he announced in his third lecture: “There is only collective social know-how. What you see as force of logic, I see as force of habit.” And then in the fourteenth: “What counts as evidence is relative to a theory… If you think you step outside your intellectual community with logic, you’re dreaming. You will have no evidence, as evidence is societally determined.” 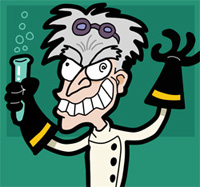 The scientist as fundamentalist bigot

I remember being particularly shaken, however, when confronted with the possibility that my championing of a particular type of inquiry was actually harming the mechanisms of curiosity by which inquiry manifests itself: “If a scientist thinks of himself as a truth-finder, he is like a fundamentalist bigot who wants to cut off all discourse. To say, ‘I have the truth, the most coherent beliefs’ is to block the road to inquiry.” I, a gawky calculus nerd, was holding back the progress of human curiosity through my insistence that math expressed something true and eternal? Could that be? It was a case of something seeming so absolutely incorrect that it hadto be true.

The Glaze of Language

But it was not in telling us what was oppressive and autocratic in our scientific biases that Rorty earned my youthful and too-sudden allegiance. No, the real allure came when he talked about what life without metaphysics – ‘philosophy without point-scoring’ – could be like: “Philosophy can create a new way for people to think of themselves or tell people the history of why we now talk and think as we do. The last thing a philosopher is supposed to do is make everything clear and intelligible,” he said before instructing us, somewhat adorably, to, “Think of a poem as a very cute hedgehog you have an instantaneous impulse to hug. Remembering poetry is like caring for an adorable pet.” We were admonished to find beauty and purpose in creation, in social justice, and in flights of linguistic fancy, not in rigor and criteria-mongering: “Art produces bedazzlement, not clarity. It should be so wonderful it wouldn’t occur to you to categorize it, judge it, or make an assault on it.” If you’re lucky, that bedazzlement will put you in a new relation to the accepted terms and meanings of your culture, and from that position, positive world-change can be made: “Difference in moral consciousness is made by moral entrepreneurs who say that something is wrong. It is not done by people with fancy reasons, but by those who have effective new ways of pointing out what is going on.” And all the while, there is language, which contains as much potential for freedom as for harm. I learnt that reality is constructed from the rules of the language game we happen to be born into, and yet it is always a thoroughly incomplete structure: “Most of our words, if you treat them as denoting something, refer to nothing,” Rorty would repeatedly say, warning us time and again against taking linguistic conventions too monolithically. After all, “Rules of logic are just generalizations of what people think are good arguments.” In short, language is everything we have intellectually, and it’s a damn unreliable thing. You can’t expect it to solve all your woes. Neither can you expect language to pierce beyond human practice into the essence of things. Language is fundamentally relational, not essential, in its workings: “There is nothing unique; everything is what it is by its relation to other stuff.” But until we have developed to a point where language lives in society in a way commensurate with its merits, we’ll always be chasing the phantoms of dead gods.

I was sold – high on the power that the universality of Rorty’s Linguistic Gambit seemed to proffer. As with Darwin, Marx, and Freud – all of whom crafted ideas deep enough to shed new light on anything they touched – one can get sucked in by the analytic ease-of-use of Rorty’s historical vision. Just as “You would say that, being caught up in the logic of bourgeois self-perpetuation” too easily answers critics of Marxism, so “That answer only seems compelling because of its verbal associations with phallocentric linguistic binarisms” served me to readily clear away anybody who opposed my new-found anti-philosophy philosophy, ending all discussion before anything interesting could happen.

But, as twentieth century Canadian Existentialist Alanis Morissette noted in one of her early tracts, “You live, you learn.” After a few years of graduate school slowly but inevitably bludgeoning all sense of poetry out of me to make room for that need to theorize which is the beating heart of academic intellectual history, I came to find that, for me, there is even more scope for awe, wonder, and creativity in the sciences than in the professional humanities. Paradoxically, to be the best Rortian I could be required my being as anti-Rorty as I could manage… So I continued my grad work not as a student of history, but as one of mathematics, and ended up as a high school science and math teacher, preaching every day the beauty, and, yes, the reality, of a scientific approach to investigating reality.

Was Rorty’s Pragmatism just a vacation for me, then – a jolly holiday thrust momentarily into a life of scientific positivism? Were those six months spent in his classes pure wasted time – the folly of youth? Of course not. Rorty taught me a new perspective on the history of thought and the purpose of philosophy that has enriched every work of philosophy and literature I have read since. But more importantly, he gave me tools that actually made me a better learner and teacher of science. By not over-estimating the necessity of linguistic conventions, and by being aware of the unconscious compelling force of the accidental historical traces each jargon term brings with it, I was able to appreciate the advantages of the method of science for investigating the natural world while at the same time being on guard against the over-extension of scientific terminology into foreign realms. Every time a Deepak Chopra claims quantum mechanics backs up whatever diffuse theory he happens to peddling at that moment, Rorty’s voice is there, providing insight into the slippery processes by which quantum entanglement becomes linguistically conscripted into the service of psychic mediums. For that extra sliver of awareness, I’ll always be grateful. And whenever I find a beautiful equation, and start cuddling it like my own personal hedgehog, I look back fondly upon my time in Rorty’s class.

I can think of no better way to end than with words summing up everything that I have to appreciate, and some of the things I am better for having had to overcome, thanks to Richard Rorty: “The only way to influence the human future is to speak about the past in ways it did not speak of itself. If you just tell truths in plain simple language, you leave the community as you came to it. Speak mysteriously, and you have a better chance of changing the world.”

Dale DeBakcsy writes the ‘History of Humanism’ feature at TheHumanist.com, is a regular contributor to Free Inquiry and New Humanist, and is the co-writer of the twice-weekly history and philosophy webcomic Frederick the Great: A Most Lamentable Comedy.